The Call of the Wild, and Some Very Great News!

The Call of the Wild, and Some Very Great News! November 1, 2014 Captain Cassidy

It’s hard to believe another Halloween is rolling around. Last year we talked about how Halloween is an expression of “low Christianity” at its very finest, and how Christians today tend to not only misunderstand its origins but also its function in society. Since then, our friend the Apostate has written a gorgeous piece about how most Christians are heretics anyway and it’s gotten me thinking.

Before we get rolling, I wanted to remind y’all that the radio interview is on Sunday! Instructions are here and briefly, it’s on Sunday, November 2nd, at 9am-10am CST. If you’re not in the listening area (950KTNF AM), you can still hear it by heading to http://www.am950ktnf.com/, clicking the “listen” tab, and using “55412” as your ZIP code. You’re all invited to tune in!

I love this time of year. It’s not yet freezing cold, but the worst of the summer heat is gone. And people are ready to blow off a little steam by celebrating that wildness that is part of the human condition. Well, most people are.

That wildness can be really threatening to that particularly asexual, sanitized, prim and proper version of Christianity that is currently dominating the religious dialogue in my country. But that wildness still cries out for recognition–and Christian leaders don’t like that aspect of humanity much at all. The Apostate is quite correct when he asserts that almost all Christians are heretics who don’t usually even understand their religion’s core doctrines much less believe them, but that doesn’t stop them or their equally-ignorant leaders from trying to Christianize everything in sight.

I’ve noticed that Christians tend to put “religiosity” above every other quality that something can possibly possess. A Christian in a mixed-faith marriage often values “being Christian” above any other quality a spouse could possess–above decency, fairness, passion, consideration, even above not being violent or addicted to substances. Being Christian elevates even the worst spouse well above any other person and makes up for all the other awful qualities. Not being Christian negates every other good quality someone could have.

In the same way, Christians often elevate “having a super-duper-Christian message” above every other quality that a piece of entertainment could possess. No matter how awesome a movie is, if it doesn’t include sanctimonious altar calls at the end of it, then it is inferior to even the most schlocky, formulaic, poorly-acted, and horrendously paced Christian-themed movie. A Christian movie is above reproach of any kind. Christian music might be overly-sentimental, weirdly-sexualized, and downright derivative, but because its singers bleat about Jesus every other word it is superior to any other “worldly” music.

So it goes with Christianized holidays. Last year I despaired about the sterilized “harvest festivals” that churches often throw for the children hungering for the same sort of fun and revelry their “worldly” friends get, but even I didn’t imagine just how terrible these parties can be. Now we know! Enter the UNHalloween Party, described beautifully by a blogger with The Friendly Atheist. I admit I read this and just couldn’t believe just how terrible it sounded. From the weird 50s-throwback Candlestick Salad to the bizarre Bible verses strewn everywhere to the totally-awful games that make Christianity–already a very not-fun, grisly, violent religion–seem 1000% more not-fun, grisly, and violent, this book’s party ideas sound like the most embarrassing, excruciating foods and activities possible.

This book is hardly the worst or only offender of the lot, either.

Everywhere I looked, I saw various advice pages seeking to reassure worried Christian parents that this totally pagan-sounding holiday could be safely contained, confined, and sanitized. And I admit I don’t get it. Out of every holiday there is, Halloween (and its follow-up, All Saint’s Day on November 1st) is in a lot of ways the most Christian holiday of them all. And these sanitized parties are all done with this tentative air of hesitation, like the parents and church leaders involved are all saying to their embarrassed kids, “Well? See? This is fun, right? Isn’t this fun? Don’t you think this is fun? THIS IS TOTALLY FUN! Right? Fun? You’re having fun, right?” while the kids uneasily agree, sort of, kind of.

I’m very glad that I was in and out of Christianity before this current rush to sterilize everything fun and desirable. My Halloweens were wild, fun, even dangerous at times. I almost got the shit kicked out of me when I was 11 or 12 by a bunch of neighborhood older boys when I accidentally shone my flashlight right into one of their faces; they thought I was a boy because I was dressed as a hobo. Thankfully they realized I was scared to death and that it’d been an accident, and let me run away. But that didn’t dim my evening at all. I had a blast, got myself sick eating candy (except Candy Corn… ick! Is there a kid alive who likes those things?), and eagerly awaited the next year I could dress up and roam the streets at night. I dressed as a 1940s gangster, as a cat, as a hobo, as a wizard, scanning and scamming my parents’ closets for anything that’d make it all work.

Best of all, I had no reason to think that the fun would end once I got too old to go trick-or-treating for candy. My parents dressed up too for their parties, which never allowed kids in them–matching barbarians, farmers, gorillas, and the like; my mom almost got herself shot shortly after 9/11 when gatekeeping soldiers checking out her car on base during a random search discovered a plastic bow-and-arrow set in her trunk left over from one of these parties (and let me just inform you: those soldiers had no sense of humor whatsoever about the situation).

Even when I became Pentecostal I loved Halloween parties.

We didn’t need to Jesus-fy absolutely everything. We were dominant, and nobody really challenged that dominance. Sure, we tended to read Christian books and listen to Christian music, but I can’t look back and remember a lot of Christian movies or Christian takeovers of holidays and parties. We didn’t need to assert ourselves by pissing on every single cultural thing in sight.

But now I survey the landscape and see only inferior substitutes that are meant to do exactly that. Just like Christian movies uniformly suck, just like Christian music is all but unlistenable by any but other devoted Christians, just like Christian novels are simply impossible to read much less enjoy, these new-style Halloween parties are nowhere near as good as the real things they ape. It’s so unnecessary. It’s so doomed to backfire.

When somebody gets leashed every single day, without a single day or occasion to slip that leash and run free, that person’s bound to get itchy for freedom and to take it the second it seems available. There’s so more to rebel against now than there ever was. There’s so more reason to reject Christian control now that their rules are so impossibly constricting than there ever was when Christians weren’t quite as worried about dominating absolutely everything.

So what I’m saying is that things are getting better. It may not seem like it, but when a religion has to clamp down this hard, it means that its leaders know they’re losing control. The current push to shrink-wrap and sanitize even Halloween, the wildest holiday of them all, might well be a symptom of the disease, but it’s also a sign that the patient–humanity as a whole–is healing. Hang in there, folks. And have fun tonight! 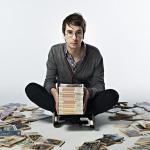 October 29, 2014
A Choose Your Own Adventure About What "Free Speech" Actually Means.
Next Post 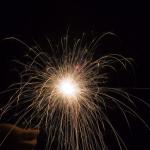 Nonreligious
The Gospel: Meaning and Magic Amid Decline
Roll to Disbelieve 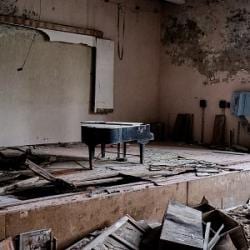 Nonreligious
The Fantasy and the Reality of Evangelical Youth...
Roll to Disbelieve 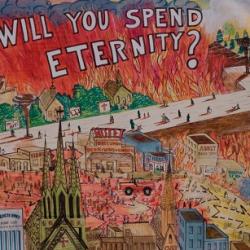 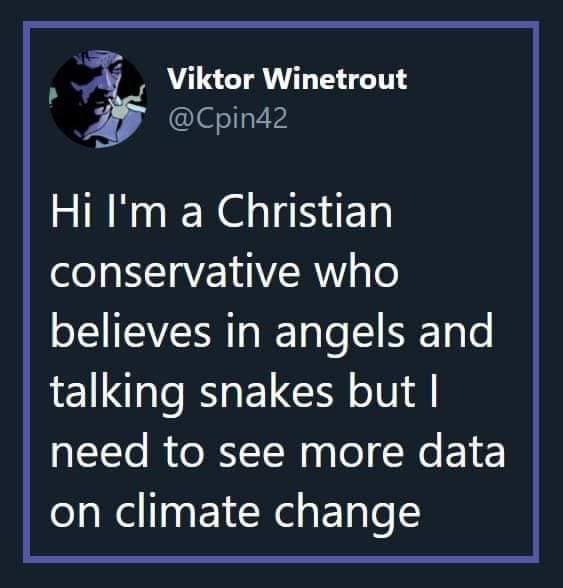 Friday Fun
Here is some Friday fun for you:     OFFICIAL STATEMENT FROM... 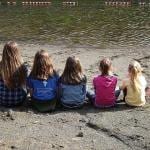 The Vision: Magdalene, the Wayward Homeschooled Kid
So. What's the rest of Magdalene's story? We now know how she...

GOP Senate Candidate Jason Lewis Is Sad He...
The GOP War on Women Continues: Jason Lewis, a GOP senate candidate...
view all Nonreligious blogs
What Are Your Thoughts?leave a comment
Copyright 2008-2020, Patheos. All rights reserved.