Charisma: Nothing, but that link’s about the Duggar patriarch and his babymama trying for their 20th child. We can only hope it’s a boy, considering what the girls in that family got by way of protection from their pedophile son.

Christianity Today: Nothing at all–except slobberingly-positive articles about how awesome the Duggars are; one praises Josh Duggar’s work with the hate group he recently resigned from and others lament how meeeeeeeean the lamestream media is to TRUE CHRISTIANS™ in reality TV programs.

Breaking Christian News: Apparently this is too “breaking” for them. Even doing the search breaks their SQL engine.

Christian Examiner: Nope. Though I do notice they actually use the modifier “professed” for any Christian who doesn’t toe their conservative party line in describing a woman seeking the right to die with dignity. I’d never noticed that before now. I thought they just used that term on atheists.

Christianity.com: They’re too busy arguing about whether Christians should get tattoos or not.

WORLD NET DAILY gives us the only story we actually see from any specifically-Christian news site about Josh Duggar. Of course, it’s written entirely in curated sound bites from the family, ignores the victims involved or the cover-up the parents perpetuated about their son’s pedophilia, and doesn’t condemn him at all for what he did. They allow his pedophilia to be dismissed as “a mistake” by his family, and don’t bring up the huge hypocrisy of either the family’s silencing tactics or Josh Duggar’s work with hate group Family Research Council.

I wish I could feel surprise at what I discovered.

But I must admit, I’m a little surprised that a right-wing site–the wing-nuttiest of all wing-nut sites, almost as shithouse-rat crazy as Time Cube itself–was literally the only site I found that even featured even that watered-down take on the story.

Maybe all the other sites’ writers are in church right now or busy praying so they didn’t get the news? For, uh, two days?

Or were they all busy circling their wagons?

Wagons, like secrets, can be so heavy and ponderous at times.

That must be it. 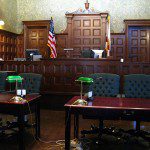 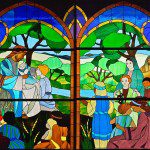 Don't Ever Believe the Hype: Authoritarian...
Roll to Disbelieve

Nonreligious
Russell Moore: Not Really a Hero
Roll to Disbelieve