3 More Christian Defenses of Josh Duggar, and Why They Fail.

3 More Christian Defenses of Josh Duggar, and Why They Fail. May 26, 2015 Captain Cassidy

Here’s a quick between-meals snack of three new defenses that are emerging around the Josh Duggar molestation scandal and why they fail completely:

1. He wasn’t a Christian at 14 so we can’t call this a Christian scandal.
Ray Comfort is running around saying that Josh Duggar’s molesting days happened before he was an official Christian.

Unfortunately, on Josh Duggar’s own family website, he writes that he became a full-blown Christian at age 7, so Ray Comfort is wrong–again–about a factual assertion he’s making.

Even if we didn’t have that direct refutation of Ray Comfort’s excuse, it fails because the issue isn’t so much turning Josh Duggar into a scapegoat but in examining the culture that gave him room to abuse little girls and then helped him cover it up for so long. He was raised in a Christian family by very dedicated Christianist parents and in a very dedicated Christianist community who by every single official and factual account on record helped him cover up his crimes until the statute of limitations had run out. This kind of systematic, serial abuse doesn’t happen in a total vacuum. He lived in a zoo full of other human beings, in a community that has no idea what boundaries are, in a family that doesn’t appear to understand the very notion of privacy much less consent and bodily integrity. His community is to blame as much as he is.

Ray Comfort and those who echo his excuses don’t realize that we’re talking about the entire system that led to Josh Duggar’s actions and cover-up, not Josh Duggar in and of himself. The reason we’re talking like that is that we know that if we punish Josh Duggar without addressing the culture’s shortcomings and failures, there’ll just be another abuser like him to come along in short order.

2. Josh Duggar was just playing doctor.
This horrifying rationalization comes courtesy of a Christian commenting an atheist’s Facebook page. And she wasn’t just any Christian–she is Carrie Hurd, the wife of a Christian pastor who buys into that Quiverfull bullshit.

She had a few other right-wing talking points to regurgitate here too–among them that women want equality everywhere but always blame “the man” when abuse occurs, and that woman-on-man abuse occurs too sometimes (so therefore we’re not allowed to talk about man-on-woman abuse, I suppose)–but I don’t hear those quite as often from the rank and file of Christians. Most of them are self-aware enough to realize that Ms. Hurd’s rhetoric is nothing more than victim-blaming and predator-shielding.

This excuse also fails to take into account the wide network of other Christians around Josh Duggar who helped him cover up his crimes, or how the mindset of her flavor of Christianity lends itself so neatly to the abuse and predation of young women and girls.

It also demonstrates that Ms. Hurd does not understand the concept of consent. Do children explore their bodies? Yes, they do. But when an older boy like Josh was sneaks around so he can prey upon considerably-younger unwilling victims who are asking him to stop and reporting his abuse to their elders, that’s not innocent exploration. One hesitates to ask what she’d think if something like that happened in her own household. I say one hesitates because I’m nervous that if we asked how she’d feel if she found out a teenaged boy was repeatedly forcibly violating her daughters, she’d just laugh it off and say she wouldn’t mind at all.

It shocks me that Christians like Ms. Hurd don’t feel violently ill and disgusted at the idea of what he did. I’m too nauseated to spell out exactly what Josh Duggar did, and here she’s brushing it away like it’s no biggie.

But non-Christians are the ones who don’t understand morality.

3. Evil evolutionists should not blame Josh Duggar for molestation.
One can always count on Eric Hovind (the son of still-imprisoned and disgraced tax dodger Kent Hovind) to show up with the nastiest, most evil-minded, most totally off-base guess possible about anything–and to relate it somehow to his weird-ass brand of science denial.

A very standard science-denial argument is the fallacy from consequences, which means that the denialist argues from the standpoint of how terrible it would be–or how wonderful–if a premise was true. Proof is not offered for the premise; it is only presented in a way to make it sound scary or awesome. Here, the argument goes thusly: because the theory of evolution does not present itself as a moral stance one way or the other, people who buy into it obviously lack any sense of morality, so therefore child molestation is fine to people who reject Creationism.

But he doesn’t realize that consent is actually not contingent upon embracing one facet of science. Indeed, his type of religion doesn’t value consent at all. To him, child molestation is wrong because he erroneously thinks his magical sky daddy said it was (which isn’t true; the Bible does not even once set an age limit for sexual congress and in at least one place encourages what sure sounds like the sexual enslavement of what may well be young girls taken in battle). To us, molestation is wrong not because of what religious beliefs we hold but because we value consent and know that children cannot give meaningful consent, especially not to their authority figures. If he stops believing in his magic invisible friend, then he would no longer care about what that invisible friend demands or cares about. But no matter what I believe in my life, I know that consent is important and I won’t lose that conviction. In fact, that belief guides me in what groups I align with; I wouldn’t join a group that did not value consent.

I don’t need a misunderstood book of fables to tell me that molesting little girls is wrong. I don’t need a belief in any religion to know that all sexual activity needs to be consensual. But again, I’m the one who, as a non-Christian, gets accused of lacking morality–even though I’m the one saying that child molestation is always wrong and I’m the one refusing to defend a grudgingly-confessed, admitted child molester.

Eric Hovind’s grand solution, of course, is to make Josh Duggar work off his sins by “protecting” marriage, which in fundagelical-speak means robbing other Americans of their civil liberties, because that’s totally not what Josh Duggar was doing before anyway with the hate group Family Research Council that he just resigned, and because robbing people of civil liberties is exactly how wingnuts think they can apparently “protect” marriage.

I’m not sure what his solution is to the question of what his people should do with the community and culture around Josh Duggar who were helping cover up his crimes. They were already doing their damndest to rob LGBTQ people of their civil liberties. They should just work harder at it, I suppose. I’m not even sure how this political activity is supposed to prevent child molesters from being protected by Christianist communities, but I’m sure it all makes perfect sense to Eric Hovind and his legions of adoring fans.

I’m sure we’ll continue to see excuses out of the Christian Right, but watch for their comment elements:
* They are curiously unaware of the concept of bodily consent.
* They forget all about Josh Duggar’s parents and act like he was operating in a vacuum.
* They ignore the culture around Josh Duggar that helped him molest little girls, cover it up, and nearly escape scott-free.
* They say the most terrible, shocking things about their own religion without even realizing it.
* They try to demonize outsiders and non-believers without realizing they’re only making themselves look worse.
* They want everyone to shut up about this and all other scandals.
* They negate and ignore Josh Duggar’s actual victims and try to paint him as the victim here.

I don’t know what’s worse, that the abuse and cover-up happened at all or that so many “moral” Christians are leaping to the defense of the child molester who sparked it all. It’s shocking to me. I can’t even tell you how dismayed I’ve been to see it. This event is going to be seen, years from now, as a turning-point for fundagelical Christianity, mark my words.

But if their religion throws even little girls under the bus like it is now, then it does not deserve to get past that turning point. 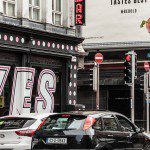 May 26, 2015
The Loyalty Test and Ireland's Referendum
Next Post 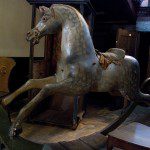 May 28, 2015 What Josh Duggar Shows Us About How Not to Apologize.
Recent Comments
0 | Leave a Comment
Browse Our Archives
get the latest from
Roll to Disbelieve
Sign up for our newsletter
POPULAR AT PATHEOS Nonreligious
1

Nonreligious
An Evangelical Site Tries Hard to Ignore Their...
Roll to Disbelieve
TRENDING AT PATHEOS Nonreligious