“These signs will accompany those who have believed: in My name they will cast out demons, they will speak with new tongues; they will pick up serpents, and if they drink any deadly poison, it will not hurt them; they will lay hands on the sick, and they will recover.”
Mark 16:17-18

A Pentecostal man who got into snake-handling has died in Kentucky after getting bitten by a snake at Mossie Simpson Pentecostal Church.

Look, I’m not a real fiend for snakes–they’re okay, and I accept their place in the natural ecosystem. I would never go out of my way to hurt one. If you like them more than that, then that’s great. I’ve got friends who have them as pets and the photos are just stunning. I’m just not a snake person. Still, I hate hearing about any animal being abused. They might not be as cuddly as a kitten, but they’re still animals and they shouldn’t be hurt if they’re not being a bother to anyone.

The Bible doesn’t promise that its believers will be able to handle mantis shrimp or lions without getting killed, though–nothing that could actually do them serious guaranteed damage; it assures them that TRUE CHRISTIANS™ will be able to handle snakes,* which are a way more manageable proposition. It does so in a way that some of the more overzealous of that lot actually interpret as a commandment. It also promises they’ll be able to drink poison, but thankfully no flavors of Christianity except the really wacky, far-out cults like Oneness Pentecostals go in for anything that definitive. Animals are somewhat unpredictable-yet-controllable, but chemical reactions can’t really be argued with.

So sixty-year-old John Brock handled a snake to prove his dedication, got bitten, and then refused medical care, going to his brother’s house after the bite. He died there. In death he joins preacher Jamie Coots, who died last February from the exact same thing. Mr. Coots’ church, Full Gospel Tabernacle in Jesus Name, was also in Kentucky. That link will give you information about a variety of other ministers and congregants in that general area who’ve died from snakebites gotten while handling snakes during religious services: a woman in 2006, another–Melinda Brown–in 1995, a guy in 1998, and likely others. About 70 people have died all told from the practice.

Noticing a trend in the church names, by the way? When you see “Tabernacle,” there’s a good chance of that being a Pentecostal group. The whole area is deeply zealous in nature; when Jamie Coots’ church got hit with a legal complaint about them handling snakes without a license some years back in the fallout over Ms. Brown’s death, the judge refused to sign it. Judge James Bowling wrote at the time that “the occasional tragic consequences” of handling snakes wasn’t enough for him to get serious about protecting animals or people. At this point it doesn’t sound like Kentucky gives one single shit about enforcing that law.

The big problem with snake-handling is that, despite one blogger’s absolute insistence that the snakes “live full lives” and aren’t drugged, the real truth is that yes, most of the time these snakes are indeed not healthy or sound. They are also stressed out of their little minds by the experience. The people handling them may not have much of an idea of how to handle snakes safely and gently. One reptile-zoo curator has said that most of the snakes Christian snake-handlers use are poorly-cared-for, living on average 3-4 months in captivity–whereas a healthy snake in good care will live 10-20 years. It’s probably not a really awesome few months, either.

But what’s a little animal abuse in the name of proving to someone else just how totally hardcore and dedicated someone is? In an area that economically downtrodden, uneducated, and generally dysfunctional, the people grabbing snakes like that probably don’t have a whole hell of a lot going for them otherwise. This is something desperate people do, not something people with plenty of options do. And this area’s authorities look the other way when it happens–because condemning it or stopping it would involve calling into question a whole series of their own beliefs. If one practice can be demonstrated to be wrong, then what’s to stop someone from demonstrating the same thing about a bunch of other practices? If one belief turns out to be wrong, then all the rest suddenly start quivering on the edge of the abyss. The same critical thinking that stops one belief or practice applies just as well to the rest.

This death is another symptom of a disease, a sign of something seriously wrong in its religion. I’m sorry that Mr. Brock had to die over something so beyond-blitheringly-idiotic. I’m even more sorry that it sounds like his church is just drilling down even harder on their practices, seeing the condemnation heaped upon them as sign of divine approval rather than what it is–an attempt by the rest of the tribe to get them to stop doing something ridiculous. We can and should criticize this practice and work to stop it if at all possible, but at the heart of this story–like all the rest of the stories like it–is a human being who got so caught up in zealotry that he died for it, and a family left devastated by a sudden loss. And way too many Christians (some, like that judge, people in power!) would rather see those losses and devastation than allow one iota of critical thinking to be directed toward their other beliefs.

I just can’t stop thinking that back when I was a Pentecostal, we were rather proud of the fact that we weren’t as far-out and crazy as those snake-handlers. We actually used the practice as a sort of barometer to measure how sane and reasonable we were. Had someone in my old Pentecostal denomination even suggested something like that, he (it would absolutely have been a man, not a woman) would have been laughed off the podium. Nobody would have taken that seriously. Even among the far-right weird Christian sects, there are limits. Just not enough of them.

* Sort of. Those verses were actually added after Mark was originally written. Like the so-called “Great Commission” we talked about a while ago, yet another cherished Christian license-to-be-an-asshole turns out to have been a mysterious later addition. It’s almost as if someone centuries ago wanted that license and couldn’t find one naturally in the manuscripts available, so just added it. But that’d mean… no… don’t tell me… I’ll get it sooner or later. 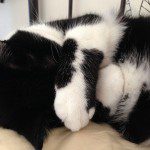 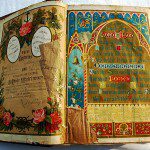 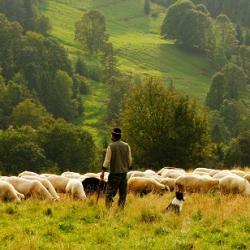 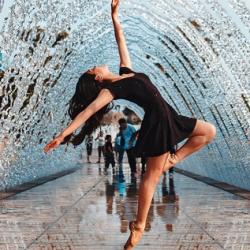 Nonreligious
Dancing in the Spirit: A Primer (Chat Post...
Roll to Disbelieve 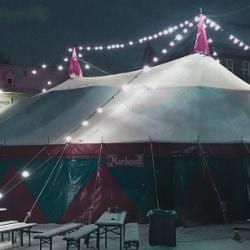 Nonreligious
Of Awakenings, Revivals, and Other Christian Lies
Roll to Disbelieve
TRENDING AT PATHEOS Nonreligious