Stupid is as Stupid Does.

Stupid is as Stupid Does. October 29, 2015 Captain Cassidy

(Disclaimer: I’m not very fond of the word “stupid.” It’s often a pejorative used to wound. I’m using it here because that’s what the quoted story and its research used, but it’s not my preference.)

That said, stupidity is apparently a concept that most people understand quite well outside of the schoolyard-taunt sense of the word, as Hemant Mehta recently wrote in “Virginia pastor lies about being a Navy SEAL but gets caught thanks to his own stupidity.” And most of us would look at that situation and say yeah, that guy was pretty bugfucking stupid, all right. But why would we say that? What goes into our categorization of an act or person as “stupid” once we leave the hallowed halls of our schools?

[P]eople tend to agree about what deserves to be called stupid and what doesn’t — remarkably, there was a roughly 90 percent rate of agreement. They also learned that there are, it seems, three situations, that we tend to use the word stupid for.

The above finding comes from a psych study that just came out of Budapest. It was a pretty small sample size–150 people, probably all psychology students if I remember my undergrad days correctly and certainly mostly from that general area–who read 180 stories of lame behavior and then rated that behavior on how stupid each story seemed on a scale of 1 to 10. The respondents were then asked to describe why they thought a particular behavior was stupid.

To their surprise, 90% of the time the respondents agreed about a given account’s stupidity, and they tended to categorize stupid deeds in three consistent ways:

* Overconfidence in one’s abilities or education.
Probably also known as the Dunning-Kruger Effect, this kind of overconfidence is well-demonstrated by a Christian who is convinced that he or she is a total expert in apologetics and a TRUE CHRISTIAN™ and morever has figured out the absolutely perfect way to witness to non-believers that will result in conversions, guaranteed, while the reality is that this perfect witnessing tactic is riddled with logical fallacies and other errors and the Christian him/herself behaves in a way that is downright repulsive to non-believers.

* Compulsive behavior leading to actions denoting a certain lack or loss of self-control.
Most of us have at some point marveled at how right-wing Christians’ naked control-lust and overreach is resulting in huge losses of both membership numbers and cultural dominance for their religion as a whole–yet they can’t seem to help trying to control other people’s lives and grab for more than their fair share of power, which in turn only results in even further and worse losses for their membership numbers and cultural dominance, which in turn panics them and drives them to try to control other people even harder and grab even more viciously for power… They can’t just not behave this way, even though behaving this way is exactly what’s causing their problem.

* Absentminded or impractical behavior.
Someone can look really stupid when he or she isn’t paying attention or isn’t aware of something really important. You know, like Christians do all the goddamned time. In their bubble, they simply don’t realize that denying poor women contraception coverage (or denying young women adequate sex education) means lots and lots and lots of abortions later. They don’t know that trying to sneak their pseudoscience bibble-babble into science classrooms means less-educated kids later to compete in the global job market and advance humanity’s real knowledge. They don’t even recognize that the separation of church and state is as much to their own benefit as it is to that of non-Christians. Or sometimes they actually do acknowledge that a course of action they’re pursuing doesn’t actually result in their stated goal, but they doggedly pursue it anyway because they think Jesus will make it all work out in the end. They live in this Never-Never-Land where actions have no relationship whatsoever with goals, a land filled with people who form opinions before they ever learn the facts that inform that situation. Very few people would say that fundagelicals especially suffer from a surfeit of self-awareness.

An example from recent news.

When we look at the case of Pastor George Hunley, serial liar-for-Jesus, we can easily see that his behavior falls into that second category of compulsive behavior. He has a history of lying about ridiculously obvious things to make himself look good–like he did last year when he claimed that a black man robbed him at gunpoint after tricking him into being a Good Samaritan. It’s like he can’t help himself.

As we saw with youth pastor Matt Pitt a couple of years ago, Christians like George Hunley have a serious need for respect and esteem–and if they can’t get it honestly, then they seem driven to seek it dishonestly. Even living under the threat of eternal torture for noncompliance with their religion’s rules isn’t enough to keep them honest (and one might ask: if Christian leaders can’t even take their own religion’s threats seriously, why should anybody else be expected to?). They answer to a much higher (and more real) power than their imaginary god: their own desperate desire to feel important. This desire leads them to do stuff that, by this research’s lights, would be considered “stupid,” stuff that is easily disproven and guaranteed to make them look even worse once the truth inevitably comes out.

George Hunley isn’t even the first Christian pastor who’s lied about being a Navy SEAL. A few years ago Jim Moats, a Pennsylvania pastor, got caught in the same exact lie, as did a church deacon from California. Don Shipley, a veteran who now exposes people who lie about military service or awards, said at the time, “We deal with these guys all the time, especially the clergy. It’s amazing how many of the clergy are involved in those lies to build that flock up.”

And in the fundagelical world of belligerent American exceptionalism cloaked in willfully-ignorant, increasingly-aggressive religious fanaticism, these lies get eaten up by flocks eager to believe that their leaders are BAMFs and big damn Murrkin heroes. Such liars get “paid” well for their stories by eager audiences–if not in money, then in attention and adulation. Little wonder that people who ache for validation and praise gravitate to these particular lies. They pay big, but have very few risks.

As Doug Sterner, another “fake-soldier hunter” quoted in the Washingtonian link above, noted, there isn’t a mystery about why Christians lie about military service. They do it for the same reason that bank robbers rob banks: because that is where people keep the money. Liars know that Christian culture itself–especially fundagelical culture–is hostile to the very idea of fact-checking. If Christian audiences didn’t eagerly lap up these lies, if they actually checked the stories told by the people seeking their time and money, then there’d be no audience for the liars.

To outsiders, though, these lies just look, well, stupid–because we know that liars eventually get caught and then they’re even further behind than they would have been if they hadn’t lied–and they’ve made their cause look considerably worse once the lie is exposed.

Climbing out of the trap.

Deconverting–or rejecting the religion wholesale without ever being part of it in the first place–doesn’t make someone magically immune to the behaviors these Hungarian researchers defined as “stupid.” Deconversion doesn’t magically take away someone’s need for validation and attention, any more than it imparts a sure and certain understanding of one’s own shortcomings or the ability to pay attention to stuff.

Christianity often makes believers into liars even when they mean well and are trying to be decent people; it’s hard not to exaggerate to make a “sale” when “sales” are what the tribe values most. But that isn’t the only tribe that values sales.

That’s why I value and reward truth, not deconversions. When the number of people deconverted starts mattering more than telling the truth, then people will start valuing deconversions more than the truth–and the truth is what will suffer for it. If we tell the truth, then deconversions will probably happen, yes, but our ultimate goal needs to be the telling and sharing of truth: the truth about what happened to us, about what we discovered, about what we saw, about what we know. We need to be telling that truth without worrying about “selling” people anything. When we start valuing something else more than the truth, then that’s what we’ll start playing to–just like a player in a game doesn’t gather pink hearts when he or she knows that blue diamonds are what pay out points. By keeping my focus on honesty, I can avoid falling into the trap of behaving in ways that aren’t honest simply to get rewarded.

That’s why I value mindfulness too. My dad used to call me “Flutterbudget,” and it wasn’t just a pretty name. When I was a kid, I kept getting caught up in my own world and the future to the point where I wasn’t paying attention to the world as it is right then around me. We’ve all heard about how Christians can be “too heavenly-minded to be any earthly good,” but it doesn’t take religion to get someone’s focus off the path right at their own feet. Re-centering ourselves in the here and now is a skill, and it’s one I had to learn after leaving Christianity. People can find mindfulness in a lot of ways. I found it in meditation, which I liked because it was almost completely non-religious, but there are certainly other ways. Mindfulness, too, prevents me from falling into absentmindedness.

And that’s why I value perspective. It can be hard to know what we don’t know, as the saying goes. Figuring out our own skills and abilities and keeping abreast of research in our chosen fields can help us keep perspective–as does feedback from people we trust and respect. It’s hard to be overconfident when one is very well aware of where one stands on the playing-field.

None of this is to say I’ll never look stupid. I’m sure even Hitch did ridiculous things sometimes. But at least if I value those three things, I can pick myself up, dust myself off, and keep moving forward when it happens.

Best of all, this is a moral framework that doesn’t require any gods at all, nor threats of Hell or promises of eternal bliss, to keep itself in the air.

Join us next time for a very special Halloween episode. 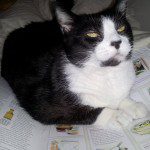 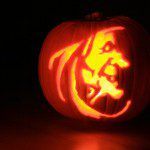 October 31, 2015 Why Evangelicals Love Halloween.
Recent Comments
0 | Leave a Comment
Browse Our Archives
get the latest from
Nonreligious
Sign up for our newsletter
POPULAR AT PATHEOS Nonreligious
1