The Handbook: Here’s Not Why I Deconverted

The Handbook: Here’s Not Why I Deconverted February 23, 2016 Captain Cassidy

Today we’ll be discussing a uniquely Christian form of cold reading: their attempts to guess why people deconvert from their religion.

(This post originally appeared in edited form in Ex-Communications on December 5, 2014. I wanted to put it here because it works well with our Handbook.)

Have you ever heard of cold reading? That’s when someone tries to guess very personal things about you to make you think that person has supernaturally-gained insight about you. It’s a skill that anyone can learn very easily, and it’s the professional lifeblood of tarot readers and those “mediums” who pretend to communicate with the dead. Similar techniques are used by just about any profession where someone needs to establish a quick rapport with other people. Its components are fiendishly effective against the unwary, which is why confidence games rely on them so heavily.

I know why Christians cold read. Hell, I used to do it myself. I thought I was receiving divinely-gained information. Thanks to a chaotic upbringing, I could be quite observant sometimes, making hypervigilance for a supernatural gift.

Now I just wonder why I didn’t wonder why my god was slipping a first-world Christian some generic, vague tips about people when he could have been providing world-changing information instead.

At the time, I thought it was a miracle. I could tell that someone was facing a lot of drama–or considering a big personal change–or often felt a little confused about just what this whole life thing was all about. The person I was talking to always seemed so impressed. They wondered how I knew something so personal about them. Their amazement only fed my delusions.

(This tendency of people to believe tailored information is called the Forer effect. It’s how astrologers, televangelists, and psychics stay in business.)

When a Christian takes it upon him- or herself to tell me why I deconverted, usually I’m about to see an attempt at cold reading. A lot of boiled pasta is going to be thrown at the wall to see if any of it sticks, with the hoped-for result being clearly that I’ll be so impressed by this display of divination that I’ll break down and start weeping aloud the Sinner’s Prayer.

This tactic is used in lieu of presenting actual evidence for the religion’s claims. It represents a blatant attempt to psychologically manipulate someone.

The other day on social media, I watched a Christian go through a string of guesses she clearly thought were supernaturally-granted divination. She tried so hard to figure out why an ex-Christian friend of mine had deconverted. It was hilarious, though also frustrating. And it brought me to today’s topic.

Why I Didn’t Deconvert.

I’ve earned my right to speak, in short, and I do not take kindly to Christians’ near-constant attempts to silence me.

The Christians making these accusations clearly don’t think highly of the people they’re accusing. Or perhaps they’re talking more to the ghosts in their own heads.

I wonder if they’re using me as a scapegoat for their own bitter disappointment. Anyone who’s been a Christian more than a few months knows that prayer doesn’t produce miracles, and I don’t think they like me saying so.

Based on my own time in the religion, I really suspect sometimes that they’re talking more to themselves than to me, soothing their own fears, as if they’re saying: Well, we’d never leave church just to have unapproved sex. We’d never leave over unanswered prayer. Why, just look at all these pastor-approved bumper-sticker slogans and apologetics books explaining everything! We’d know better. We’d never make those silly mistakes. Whew! Glad we got that all settled! Now we’re totally safe! We’ll never deconvert like those people did!

And it works, for a little while.

Until the exact wrong person leaves. Until one of the people gloating about how silly those ex-Christians are gets a sudden realization that cannot be un-realized.

Sometimes, in their accusations, I see germs of truth–in a way.

Was it true that I never saw prayer yield miraculous results? Yes.

Was it true that I knew a bunch of hypocritical Christians? Certainly.

Was it true that church seemed increasingly irrelevant and in many ways harmful to me? Very.

Was it true that I came to perceive that a lot of what Christianity conceives of as “sin” is really a bunch of nonsensical, arbitrary, and controlling rules meant to enforce hierarchies and keep adherents obedient? Absolutely, and it sickened me to realize just how much that was the case.

But those things, in and of themselves, didn’t cause my deconversion.

Worse, my accusers never seem to hit on the real reason why I deconverted. It had nothing to do with sinning, or being entertained too much, or not getting free swag. Christians get taught that people deconvert for ridiculous reasons, and once some perky, bright-eyed, enterprising Christian figures out what that reason is, then the situation can be fixed with the heartfelt application of the appropriate talking point.

Here is the actual reason, and I suspect a great many ex-Christians would say the same:

I saw no reason to remain in a community that was unhealthy for me, particularly if its supernatural and ideological claims were also untrue.

All that other stuff that Christians are convinced makes people leave are nothing more than the myriad signs of a simple but serious problem in their religion. They’re problems, all right, and they might have much to do with the folks who are leaving their individual groups, but they’re not why most people actually deconvert from the whole religion.

Why Christians Make These Accusations.

I’m not surprised that so many Christians would rather make up reasons for my deconversion and rail about those things than simply ask me about it. It’s a real challenge (especially to evangelical or fundamentalist Christians) to hear that someone might have been a real, honest-to-goodness TRUE CHRISTIAN™ and still have left the religion; that’d mean at the least that one of their favorite (and, I strongly suspect, misunderstood) clobber verses is untrue.

Even if the Christian in question isn’t a Biblical literalist, a deconversion can feel like a slap in the face–like an intentional personal challenge and invalidation of that Christian’s own life choices. As the saying goes, there really isn’t a polite way to tell someone they’re wrong, and when I say that I don’t find Christianity’s claims to be at all credible, that’s going to raise some hackles if someone thinks otherwise–like I’m accusing them of being dumb or gullible.

One Size Doesn’t Fit All.

Christianity is often idolized as a one-size-fits-all garment for everybody, too, so by rejecting it I put Christians in a very uncomfortable situation. Either the religion has some flaw in it that makes it not a universal fit for all humans, or I have some flaw in me. If the religion is seen as 100% perfect for everyone and I still discarded it, then clearly the problem was on my end. So my lived experience conflicts with their mythology.

I’m still waiting for some Christian to accuse me of deconverting because I didn’t like church potluck food (untrue, totally, but so were their other accusations), but I’ve actually seen pastors blame deconversions on the inadequate size of their churches’ parking lots and on the rise of kiddie baseball leagues. Consequently, I’ve learned not to underestimate the creativity and desperation of that crowd. They’ll do literally anything except actually listen.

It’s not loving to try to dictate someone’s experiences to them or to use cheap psychological tricks to manipulate them, and every time I see a Christian doing that to someone, it just reaffirms to me that I did the right thing in leaving.

People with credible support for their claims do not need to resort to mind games.

When we see a Christian trying to ferret out the “real” reason for our deconversion, it’s okay for us to gently guide the conversation away from there and remind that Christian that their accusation is not relevant to the matter at hand, which is how the evidence does not support the religion’s claims. This redirection might not be easy; Christian culture teaches that motivations matter more than facts. Adherents learn to silence and ignore uncomfortable truths.

We’re under no obligation to bash our brains out to make Christians happy. We can stop trying to find the magic wording that works on them. Please know that this is a losing effort. We won’t make them understand and accept our rejection of their religion. Their entire worldview depends upon not understanding our reasons. And their toxicity makes them incapable of accepting our disbelief, even if they could understand it.

We owe them nothing. But it’d super help them out if we’d think that we do.

The Who and the What of It.

Don’t lose sight of who is who in this transaction.

We are not the salespeople in this equation: they are. We do not have a burden to meet here: they do.

It gets very easy over time to spot Christian cold reading and bat it away–and perhaps even to find these attempts hilarious. Tactics like cold reading are really all toxic Christians have in their toolbox for dealing with a tidal wave of deconversions that is nowhere near its highest point yet.

Remember, these are the Christians who think they are the spiritual children of a real live god who has tasked them with the responsibility of persuading the whole world to join their tribe. And this is how they’re going about it!

I don’t know about you, but I think that’s simply astonishing. 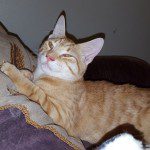 February 21, 2016
How Lying for Jesus Became So Common.
Next Post 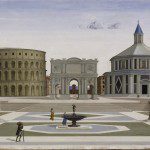 February 25, 2016 Come Home, Cardinal Pell: Another Day, Another Christian Predator Moved Under Another Shell
Recent Comments
0 | Leave a Comment
Browse Our Archives
get the latest updates from
Roll to Disbelieve
and the Patheos
Nonreligious
Channel
POPULAR AT PATHEOS Nonreligious
1 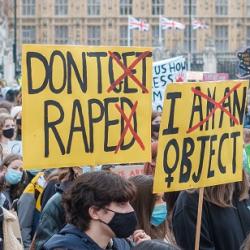 Nonreligious
This Seventh-Day Adventist Pastor Told Us Exactly Who...
Roll to Disbelieve
TRENDING AT PATHEOS Nonreligious