Preparing for the Great Jewish Zombie Uprising of Easter

Hippity, hoppity, Easter is on its way!

I like this time of year a lot better now that I’m out of Christianity. Thanks to growing up Catholic, I got really excited about Easter. The sheer number of rituals and special events going on around that weekend used to make my little head spin, for a reason. Today, I’ll show you one of the Bible stories that I never noticed in all that activity.

Easter was always so busy. There’d be a new Easter outfit of clothes for everyone in the family, even Dad (who didn’t go to church with us but hey, who doesn’t like new clothes). In the days leading up to that Sunday, my little sister and I would dye our Easter eggs. We always dyed far more than we could eat, but we couldn’t resist all the colors!

Of course, we attended the Easter Vigil service the night before Easter with our mother. There, we gawked at the pageantry, singing, flowers, candles, and priests in colorful costumes. The next day we’d be back at church for the official Easter service, after which the church hosted all kinds of festivities and egg hunts.

Once we had returned home, somehow there’d be a table centerpiece of cake, chocolate, candy, and the eggs we’d dyed earlier. My sister and I would eat ourselves into a sugar coma. We always forgot about the resulting stomachaches by the next Easter.

It wasn’t until I was 8 or 9 that I connected Easter with anything more than these celebrations. From then on, Easter felt like a weirdly-fitting dress that didn’t seem to hang right at all. The bright, lively Springtime celebrations I’d loved clashed with the somber, pale, washed-out feeling of the Passion itself. I didn’t even understand why they called it the “Passion.” After all, it felt so emotionless.

Everyone said it was awesome that Jesus had risen from the dead. They said Easter represented the greatest joy there was to be found in Christendom’s entire mythology. And yet to me, it felt like that last scene in the Fantasia segment “Night on Bald Mountain.” Remember that? When the church bells rang out, ruining all the fun the demons had?

The saints walking with their candles into the cathedral afterward in that scene felt like a thin, weedy, diluted memory of joy. It was supposed to be transcendent. The animators intended it to be a contrast to the very earthly pleasures enjoyed by the demons. But to my young mind it reminded me of the sallow half-joy of Easter church services.

Even becoming fundagelical didn’t improve my outlook much. Easter simply didn’t seem very joyous. It felt a lot more like a building full of people pretending to be joyous and saying very loudly that they were very joyous indeed, joyous joyous joyous, just look at them all being joyous! But there was an air of forced merriment about it.

Bringing the Transcendent Back to Earth.

Learning some time later about all the contradictions and problems in the story of the Crucifixion and Resurrection didn’t help matters for me. In fact, nothing whatsoever about that myth seemed to be true. The Shroud of Turin that my old religion had venerated so much? A medieval fake, most likely.. The Veil of Veronica that featured so prominently in my old church’s Stations of the Cross? Another medieval fake. The round stone that was supposedly rolled back from the tomb where Jesus’ body had been laid? Even Christians are thinking now that it was square, not round, so couldn’t be rolled. It seems very unlikely that Jesus’ trial went down the way the Bible posits at all, much less that his execution worked the way that the Gospels relate.

But I didn’t know the most damaging part of the entire Resurrection account. Indeed, this story destroys completely the credibility of the Gospels. And I never heard it, not while I was Christian.

No pastors talked about it. Nor did any apologetics books I read discuss it. No Christians seemed aware of it. It was left to me to find this story years after my deconversion.

When I saw it, I remember staring up into space. I thought, Why the hell did nobody ever say anything about this?

I’m talking about, of course….

At the end of the Gospel of Matthew (Matthew 27:49-54), we find a curious little story. Jesus is hanging on the cross. He’s suffered the beginning of his bad weekend. As he dies, some weird stuff goes down:

And behold, the veil of the temple was torn in two from top to bottom; and the earth shook and the rocks were split. The tombs were opened, and many bodies of the saints who had fallen asleep were raised; and coming out of the tombs after His resurrection they entered the holy city and appeared to many. Now the centurion, and those who were with him keeping guard over Jesus, when they saw the earthquake and the things that were happening, became very frightened and said, “Truly this was the Son of God!”

Now, generally speaking I’d sort of known about this story, but there was a bit in the middle there that I’d never noticed despite having read the Bible cover to cover several times and being very interested in the Gospels themselves. I’d never noticed the part about the huge earthquake, nor about all the dead Jews in the tombs rising up and heading into Jerusalem to (presumably) see their loved ones.

Things I Didn’t Know While I Was Christian.

There’s a reason why this story figures very prominently on my mental list of Top Ten Things I Really Wish I’d Noticed in the Bible While I Was Christian.

The Bible doesn’t relate what happened after that incident. Did these dead Jewish zombies go back to their graves? Did they float into the air with Jesus to Heaven? Were they gross and disgusting dead bodies or did they look like their living selves–and if so, what age were they? Did they go see their families and if so, what if they’d been dead so long that nobody knew them anymore? Was it like that scene in Corpse Bride where finally someone recognizes her long-lost husband and then everything’s awesome? Did the living and dead go celebrate their reunion and have a dance? What did the widows and widowers of those zombies do afterward? Did they just go “Oh well, at least we had another day” and go back to their lives, or were they even more upset at having had their grief renewed in such a way?

Nobody’s supposed to wonder this stuff. The story itself is supposed to be sufficient, and for some folks maybe it was at the time.

Speaking to the Wildness In Us.

This story, more than anything about the Gospels, is what makes me think the whole mess of it’s made up. There’s nothing there that’s inconsistent with what I’d expect out of writers alive at the time. The Gospels contain enough holes in them that it’s quite obvious that nothing related in the entire storyline is meant to be taken as literal truth.

But as mythology, it’s a hell of a lot closer to the Night on Bald Mountain than anything I remember from my time in the religion. It’s got that touch of wildness that the human spirit responds to, that sense of life and love and longing that marks the sweetest old stories. It’s sad to me that the religion began ignoring this part of the Resurrection myth. I see why its leaders do so; though I know that apologetics abounds for this story, it makes no sense whatsoever without extensive massaging and hand-waving. A Christian who believes that the Bible is 100% true and literal (or even mostly true and literal), like I was once, would have some serious trouble here.

When I did notice it, I felt wonderment about the forgotten myths of the Ancient Near East. This uprising was clearly mythic, as was the earthquake and the tearing of the Jewish temple’s veil. No sources at the time mention any of these things, and you’d kinda think that any one of them would have been remarkable enough to warrant comment by one of the many educated people floating around Jerusalem at the time.

So I feel comfortable saying that even as a Christian I’d have said nothing in that quote ever happened in reality, even as I began to sense the wildness of the story and see a little of what about the Resurrection account appealed to people at the time.

This story was not the pale, washed-out, wilted ersatz-joy of Easter that I’d seen in countless churches in my life, the thin ringing of church bells to banish fiery, unmistakable earthly delights. Instead, it was about a catastrophic change that up-ended the natural order of things in a way that was obvious even to the enemies of this new religion.

And of everything else the new religion didn’t like, it seems like “the natural order of things” and the sheer physicality of the human situation figured prominently in turn on their Top Ten list of stuff they opposed. Little wonder that they had to sanitize their mythology to make it fit better with their ultra-cerebral, oh-so-evolved, we’re-so-past-this separation from their own bodies, urges, needs, and desires.

Alas, that sanitization only goes so far. Peeking in between the seams of that curtain they’ve thrown up between flesh and spirit, one can find Jewish zombies crawling over earthquake rubble to reach the front door of their old homes, aching to see the faces of their families once again during the season of rebirth and regeneration.

May you have many chocolate bunnies or whatever else you enjoy in your Easter baskets this weekend, and spend the day with those you love most!

But let’s remember one thing that’s very important, shall we?

Jesus himself wasn’t a zombie. Or a lich.

Cas tidied up this post on April 19, 2019. I added links, set up subsections, and cleaned up some confusing grammar. 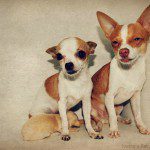 March 22, 2016
Why Evangelicalism Fails: Hell as Outdated Marketing
Next Post 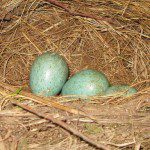 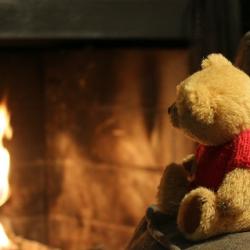 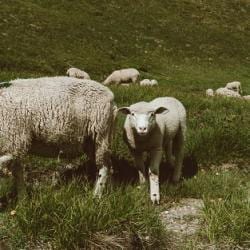 Nonreligious
The Southern Baptist Convention Still Struggles With Its...
Roll to Disbelieve 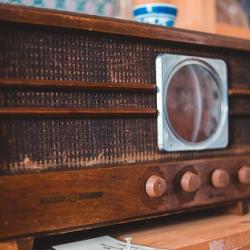