Trading Passion for Glory: Good News in the Trenches of the Christian Culture War

I’m not sure it’s ever a great week to be a fundagelical bigot-for-Jesus lately, but this has been a particularly bad week for that crowd.

House Bill 2 Continues to Be a Problem for Fundagelicals.

We looked at North Carolina’s exercise in power bigotry-for-Jesus in extensive detail a few months ago. The people of that state are still struggling with fundagelicals’ grab for dominance.

The bill, called House Bill 2 or HB 2 or “that piece of shit bathroom bill,” was passed in a lightning session back in March. It requires all transgender people to use the public bathrooms matching the sex listed on their birth certificates. It also prevented cities from passing anti-discrimination laws and rolled back other worker protections, though the “bathroom politics” part of the law is what has gotten the most attention.

The law is getting quite a lot of heat generally, having lost the state millions of dollars in tourism and convention dollars and gained it boycotts from quite a few businesses and government offices. Its supporters are whining a lot about “religious liberty” and decrying the pushback they’re getting, but this time nobody’s backing down.

The latest news on HB 2 is that legislators there tried to pass a small compromise a few days ago. Yes, they wanted to give transgender people an “official gender-reassignment certificate” that they could show bigots-for-Jesus to demonstrate their right to be in the bathroom they were trying to use.

It’s hard even to imagine how insulting and denigrating this “compromise” is, or how recklessly irresponsible it would be for bigots-for-Jesus to inflict this legislation upon a group that is already facing intense persecution and harassment from Christians’ very own ranks. Thankfully, the idea was rejected (The Atlantic attributes its failure to the disapproval of the National Basketball Association, which is still threatening to boycott the state next year if HB 2 still stands). Instead, a small fix was passed that allowed workers to sue for discrimination claims in state courts, a right they had lost “by accident” when the “sloppy, slapdash” bill was passed so quickly.

After discussing that tweak, legislators all took off for their Fourth of July celebrations–leaving the citizens of the state to wonder what the law is actually meant to do beyond provoke hatred of trans people since it still doesn’t provide any way of enforcing its demands, nor any penalty for those found to be in violation of it–and since many law enforcement officers are very publicly declaring that they have no intention of enforcing it. But who cares about that when FUCK YEAH MURRKA DAY is here?

One Democratic legislator, the openly gay Chris Sgro, summed everything up when he told a news crew, “I am woefully embarrassed that this is the result of two-and-a-half months of conversation about the most disastrous piece of legislation in the state’s history.”

The bill never had very wide support in its home state–many voters there feel that the passage of this poorly-crafted bill has hurt their state in many ways. It seemed clear to me when it passed that the governor of that state, Pat McCrory, was really hoping the bill would increase his support with Christians, but the opposite appears to be happening; not only do voters there approve less and less of him as governor, but they’re starting to feel the same way about Republicans there generally: 52% of the state’s voters see them negatively at this point. Not much has changed, either.

Republicans there also raided half a million dollars from their state’s disaster relief fund to pay for the bill’s legal defense in the lawsuits already coming up against it. So if you’re a North Carolinian who loses your house in one of the constant natural disasters that the Christian god keeps allowing to happen there, and your state can’t afford to help you recover, then feel free to write a nice thank-you note to your state’s bigots-for-Jesus to tell them how much you appreciate that they are so busy panicking about a nonexistent threat they made up all by themselves that they cannot afford to help people who have real problems.

So many times it happens too fast.

Face to Face, Out in the Heat.

This is big, in online dating terms; the site had very famously refused to allow that kind of searching. If you told it you were a woman, it only allowed you to search for men–and vice versa. But they came up against a major hurdle when they tried that nonsense in California, which has protections in place to prevent such discrimination. A few years ago a pair of gay men there brought a lawsuit against the site’s owners, and it finally got resolved.

Ironically, I’ve been hearing for many years that there is a thriving subset of gay singles on sites like these. People were already seeking–and finding–the pairings they needed, but they were doing it in codewords and dogwhistles, which isn’t a particularly dignified way to handle anything. Not ironically at all, yet again we see that progress only happens when Christian extremists are forced by law to move forward. You can bet they are whining up a storm about even this relatively minor bit of forward movement, with one site declaring that ChristianMingle was “attacked” by mean ole liberals who hate religious liberty, but I don’t think this outrage will last long.

In a year or two we can get back to wondering why on earth anybody wants to use this creepy-ass dating site at all.

I can’t wait to see something better rise up, straight to the top.

Kim Davis Loses Her Grip on the Dreams of the Past.

Kim Davis, far from being the scion of religious liberty and defiant-to-the-end maven of Christian propriety and “traditional sexual ethics,” has been behaving herself since ordered by the law to let her office issue marriage certificates to same-sex couples without hassling them. Liberty Counsel, her lawyers, very recently issued a press release saying that her state has dropped clerks’ names from marriage licenses entirely, which has satisfied them enough to declare victory (in the way that Christianists like to do after having moved goalposts all day long) and drop their lawsuit.

The sheer fact that nobody seems to care what this bigoted clerk is doing anymore as long as she does her job kinda makes her lawyer’s thunderous denunciations about how liberals “want Kim Davis’ scalp” sound a little silly, but where would fundagelicals be if they couldn’t use exaggeration and hyperbole to get their sheep’s blood pressure up?

In other news, Mike Huckabee just resolved some legal trouble that erupted as a result of his support of Kim Davis. At a rally for the disgraced county clerk, the Republican politician, who was angling for the 2016 Presidential nomination at the time, played the song “Eye of the Tiger.” He did this totally without permission from Survivor, the secular band that owns the song, who understandably do not like this politician in the least. Declaring that they wouldn’t give Kim Davis permission “to use Charmin [a brand of toilet paper],” they took him to court as her rally’s organizer.

The cornered liar-for-Jesus tried to claim that the rally was a religious event and thus not bound by copyright laws, since Christians famously have trouble understanding how it works to ask permission and gain consent, but the judge wasn’t having it because he’d actually already tried to claim the rally as a “presidential campaign expense!” Whoops.

(One might also ask why a secular band’s song was featured at a fundagelical religious event; Survivor was popular when I was a Pentecostal just like Kim Davis, and we all thought the song was Satanic–no lie, literally, we thought that the specific song “Eye of the Tiger” was a primary example of “the demon beat.” Kim Davis didn’t seem to mind it at all at the time, to be sure! But maybe the Christians involved just couldn’t think of anything better to use as an excuse.)

Mr. Huckabee now has to pay the band USD$25,000 for his unauthorized use of their song.

Maybe he shouldn’t have traded his passion for glory.

They Took Their Chances.

When do you suppose Christian bigots-for-Jesus will start wondering why their Savior just doesn’t seem to be on board with their efforts to be bigots in his name? They keep praying that they’ll win their culture war in the end, but I’m not sure they really understand what they’re fighting for beyond “making everything go back to the way they (mistakenly) think it used to be.” But the harder they fight to marginalize LGBTQ people, the further that goal seems to recede from their grasp.

If Christians see power, wealth, and membership numbers as barometers of Jesus’ approval of their behavior and goals, then surely they’re having a bit of a crisis right now because they are hemorrhaging all three. Unfortunately, this crisis may make the more extremist of them even more aggressive as they try to hang onto what little they have left of those three markers, but sooner or later they’re going to run out of steam. Attack ads and the buttering-up of legislators costs money, after all, and churches are already struggling to pay their megapastors’ private airplane fuel bills and send evangelists to third-world countries to scrounge up new believers to replace the ones leaving. Sooner or later, they just won’t be able to afford to smear and attack people, or to campaign against anyone’s rights.

All Christians can do is hope that this happy day arrives before the weight of all their hypocrites topples all of their religion’s towers. If bigots-for-Jesus are really dreaming of an “Eye of the Tiger” scenario for themselves, well, they might just get what they want–and they will not like it.

We will rise up to the challenge of our rival.

I’m not good at puns and I’m sorry if I’ve pained anyone with my terrible framing skills tonight, but I can assure y’all that these losses will only continue to mount for the TRUE CHRISTIANS™ of the world. Hang in there. 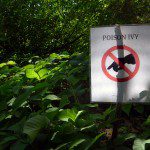 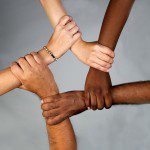