Faith in Humanity: Restored in Time for Christmas.

I had a feeling that the roads this morning wouldn’t be great. We just dug out of the snowstorm last week and it started snowing again early–and showed no signs of stopping.

But Mr. Captain has this “work ethic” thing and he insisted on going to work as scheduled; he does support for a bunch of people who would also, presumably, be working today, so he felt responsible for being there–even though the snow was already half a foot deep and getting worse by the hour. He said he was sure, and he grew up in Montana and Wyoming, so I figured he’d be okay.

I’ve mentioned that we own a Miata, right? She’s not terrible in snow if she can just get on top of it, but it is tricky going to get her up there. I had a dear friend who took one to Jackson Hole every winter–and it handled the snow and icy roads like a champ.

A short time later, while I was running the kittens ragged with the laser pointer,* I heard the front door unlock and open. Mr. Captain came in amid a swirl of snow. He was complaining about the cold and saying that nohellno to the nth degree, he was not going to work today.

But it’s exactly why he isn’t that made us both happy.

He got as far as ten yards from home–the first turn out of his parking spot–before the Miata got grounded. It’s Christmas week in a sleepy Midwestern town with no traffic on the road at all, so he was already thinking it’d be an hour or two digging the car out and muscle-fucking it back to the curb. You know that sinking feeling you get when you realize that a lot of hard work is ahead of you that you really don’t want to do? That’s how it was.

He’d just started to get out of the car, though, when a city guy driving a toy truck (you know the sort; they’re not work trucks by any stretch) came by, saw him, and stopped. He had a brand-new, pristine, never-used tow rope in a never-opened box in the back of the truck. He didn’t even know how to use it, but Mr. Captain did. He towed our car back to the parking lot–not that it was far, but still–and wished my astonished husband a Merry Christmas.

Time lost in total from grounding to reaching the curb: about 10 minutes.

Of course Mr. Captain thanked him and shook his hand, and wished him a great holiday. The fellow didn’t even try to Jesus juke the situation or anything unpleasant. It was just one guy helping another out of a bad situation right before Christmas, then both going their ways.

It makes me really happy to hear stuff like this, and I thought maybe you’d like hearing it too. This year has sucked all the way around, but at least it is ending on a note of generosity, kindness, and brotherhood at Casa Cas. (Yes, we’ll probably end up getting a more winter-worthy car this year. But dammit, I love my ‘Yatta and it doesn’t really snow that much around here.)

The roads look even worse as I write this post, but we’ve got fresh bread and a baked Brie ready to roll tomorrow, and MST3K on the viewing agenda–and a post to write! However you spend your holiday, may it be with those you love doing stuff you enjoy together. And, uh, if you have to get out in the bad weather, drive safe, okay?

* I’ve never owned a cat so eager to play that she’ll run herself so ragged that she’ll throw up. I have to keep an eye out so I can stop before that point arrives–because she sure doesn’t notice it.

By the way, if you want to be kept in the loop for posts and stuff, there’s an email signup thingie to the upper right of the page–and if you like what I’m doing and would like to support me, I have a Patreon for regular support and PayPal for onetime things, with links to the side–thank you for whatever you can spare this holiday season! 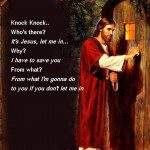 December 23, 2016
A Free Gift That is Neither Free, Nor Really a Gift
Next Post 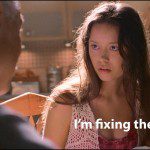 December 25, 2016 A Christianity Without Coercion Isn't Much of a Christianity At All.
Recent Comments
0 | Leave a Comment
"That is a noticeable feature of Christian articles about people leaving the church. No one ..."
AG The Exodus of Single Women From ..."
"Problem is, Jordan Peterson is on so many channels because of all his fan boys. ..."
guerillasurgeon Owen Benjamin and His Personal Army ..."
"1He was a sharp dude and knew if he published what he really thought, he'd ..."
otrame The Dramatic Sorta-Rescue of Susan Jacobson ..."
"I don't recall Mark Twain saying anything non-acceptable about Christianity in Huck Finn - or ..."
Obschemie The Dramatic Sorta-Rescue of Susan Jacobson ..."
Browse Our Archives
Follow Us! 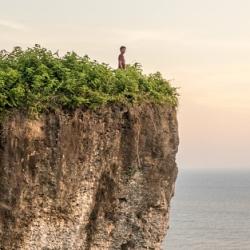 Nonreligious
The Dramatic Sorta-Rescue of Susan Jacobson in 'This...
Roll to Disbelieve 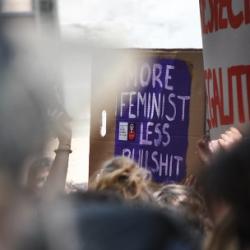 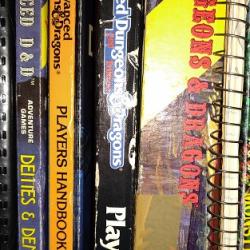 Nonreligious
How I Learned to Focus on the Game,...
Roll to Disbelieve