Oh hey y’all! Welcome back! Hey, here’s an awesome riddle for you that I just now made up:

Q: How many Southern Baptists does it take to recruit one new member?

Give up yet? Okay. You’re gonna love this:

A: That depends on what year we’re talking about and how desperate those Southern Baptists are to make their situation sound less grim!

See, the traditional answer is “46,” which is the scary part of the ratio of the number of baptisms performed in the denomination to the total number of members in the denomination: 1:46, in other words. And “46” is indeed the number Thom Rainer first gave back in 2010. It’s as traditional as anything else in this group might be. They’ve been keeping track of that ratio for ages, and they want to keep that second number as small as possible because it would mean they’re adding tons of new people every year. The bigger that second number is, the fewer new people are being added and the fewer Southern Baptists are brand-new additions as a percentage of the entire group.

But that number is not 46 anymore.

Last year that ratio was 1:52 and this year I see it’s been further changed to 1:54–though for some reason Christianity Today, in describing the denomination’s big annual report for 2016’s performance, chose to go with the 2010 answer yesterday; I didn’t notice the current ratio being discussed anywhere in their “developing story” series. (What’s really odd is that in my browser, the piece where the Thom Rainer quote lives has a byline of 2017 in one OS I use and on my cell phone’s browser, but it’s marked from 2010 still in another OS (and in the archive link I gave). I hope that’s just a serious site glitch.)

If the SBC’s fate was a Wheel of Fortune game, you’d have more than enough letters on the board to figure this puzzle out by now!

A Really Bad Break for the Big Russian.

Last time we met up, I was talking about some of the Southern Baptist Convention’s preliminary reports for 2016. They typically write a huge report detailing how they did the year before and release it during their big annual convention, so this month we were expecting the report for 2016. And I was stoked, because I’ve been really wondering how they were doing since the big Pew Study got released in mid-2015!

I was guessing based on the initial 2017 reports that the SBC wasn’t in any danger of reversing its precipitous declines. Had I known that the very next day the SBC would be releasing some actual numbers, which an astute reader spotted and let me know about, I might have waited a bit longer to run the post! But here we are, and it’s interesting to see where my guesses were right and wrong.

Here we see the present and future of the country’s largest fundagelical denomination.

We also see where things are going wrong for them–and to borrow the immortal words of Cobra Bubbles, things have indeed gone very wrong for them.

It Rocks to Be Right.

What’s funny is that I was pretty much spot-on. The SBC’s self-described “baptism drought” continues apace, with a 4.89% decline in baptisms from the number reported in 2015 (280,773 versus 295,212). Weekly attendance has declined 6.75% as well, going down from 5.5M to 5.2M butts in pews. They’ve been steadily losing members for years–and their baptism rate is the lowest it’s been in almost 50 years.

We’d noted as well in the past that the number of actual SBC-affiliated churches is rising, and here we have formal proof of that observation; the SBC went from 46,793 churches to 47,272 this past year–so adding a net 479 churches to offset the ones leaving their group or closing for good. Most of that increase, as we’ve noted, comes from church plants, which we talked about at length recently. Since they’re serving fewer and fewer members, those churches tend to be very small in size; one is considered a success if it even manages to stay open for four years after being “planted.”

Alas for them, those plants are not thriving! Last year we heard that most of the SBC’s member churches reported absolutely NO baptisms of Millennials all year long in 2015 (for the 2016 report year), though a few spiked their numbers by baptizing little kids.

Their 2017 convention is next week, so I’m guessing we’ll get more information about the specifics of baptisms. I’m expecting them to reveal that they’re losing record numbers of members–but trying to offset those losses by dunking their own very young children and doing “rededication” baptisms of existing members (and here we see someone speculating that perhaps half of the adult baptisms in the SBC fall into this category–unsurprising). I noticed a year or two ago that SBC churches are starting to prey upon their new converts younger and younger–so that some churches don’t baptize anybody over the age of 18 at all for the entire year, but still report a couple or three baptisms of five-year-olds. In fact, that demographic–very young children–has for years the only demographic for baptisms that wasn’t doing too badly. The slight help those kids lend to the SBC’s numbers is one that won’t last forever and is probably already ending–and may backfire by dragging those kids into religion way too early and causing them to reject it later on. (My heart bleeds peanut butter for the SBC here. Robbing Peter to pay Paul, indeed!)

And obviously, since attendance generally is down, attendance for Sunday School and other non-Sunday morning worship activities is also down–in fact, it’s dropped way more this past year than it did last year. Last year, it dropped by about 100k people, from 3.7M to 3.6M attending those activities. This year, that attendance fell even further: from 3.6M to 3.3M, a drop of 300k people.

The SBC’s situation does not look good, except for maybe one place.

One kind of donation accepted/requested/demanded by the central denomination office is “Undesignated Receipts.” A member church’s leadership team decides on a percentage of their donations to give to the SBC’s Cooperative Program, which does all kinds of missionary and evangelism work, and then they send that money on to the central office to use for its various programs.

And that kind of donation is increasing and has been for years. There are fewer Southern Baptists all the way around, but they’re somehow increasing their donations to that Cooperative Program–going from USD$8.7B in 2014 to $9.1B in 2015 and then to $9.2B in 2016!

Yes, it’s an increase. But it’s not one that particularly concerns me.

When you’re talking about billions of dollars, even a fraction of a percent translates into an amount I sure wouldn’t turn my nose up at, and yet the momentum of that increase seems to be stalling this year. Indeed, when we look at other missions-related expenditures, we see that they’re either clawing to maintain their 2015 levels or they’re losing momentum there too–mission expenditures are down a bit, but Great Commission Giving is up a bit, etc.

Combined with my knowledge of how Christianity is aging in place, with the Pew Study finding that the average evangelical is now 49 (up from 47 just 7 years before), what those numbers tell me is that Christians may be digging deep into their pockets to go as hard as they possibly can on sales and recruitment efforts, and finding ways to send bigger percentages of their own donations on to the central office so it can increase its recruitment pushes.

That’s eye-popping to me, personally. We’ve been talking for ages about the serious financial bind that churches are in, and about the increasing desperation of churches to draw in new members and keep those they have, so I really wonder how easy it is for SBC churches to increase the percentage of donations they’re giving to the central office. I bet it really isn’t easy at all.

And my heart bleeds peanut butter for that, too.

We’ll be looking at the newest theory going around about why the number of atheists and Nones seems to be increasing–trust me, it’s quite a hoot. See you then! <3 <3 <3 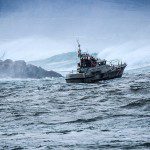 June 8, 2017
The Ongoing Crisis in Christianity Continues Apace
Next Post 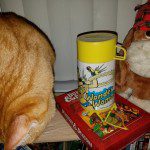