Christians–especially fundagelicals–would absolutely love to think that non-Christians have no reason whatsoever to dislike them. But nothing’s further from the truth. The behavior of Christians themselves is one of the very best indicators we could possibly hope to have to know that their religion has nothing to do with any supernatural entities. Christians’ biggest problem can be found looking at them in the bathroom mirror every morning, and Mark Driscoll’s no exception to that rule. He reminds us of that fact every time he hits the publish button. Today we look at his problem with projection in Lord Snow Presides.

Mark Driscoll’s still whining over on his blog about how meeeeeeeeeeeeean people are to him and his religion. In “Fake News, Political Coverage, and the Smear Campaign Against Jesus,” he manages to lower my opinion of him even further. (It’s archived here, because I ain’t giving him clicks.) Part of me wonders how this guy ever managed to cobble together a megachurch empire with this level of critical thinking skills and writing ability. All I can figure is that his competition is even worse.

Describing “the world” as a “prison riot” and a “fire” which his god will totally put out with “a fire extinguisher,” which is an image all by itself that calls into question his discernment for a number of reasons,1 Mark Driscoll admonishes his tribemates not to “rush to conclusions” or “run with the mob” simply to get attention by forwarding around fake news. He tells them to be “a bit more like Jesus and not get drug into the mud slinging and instead love some folks.” And he gets himself worked into a lather with some good ol’ fashioned Easter torture porn–perfect for the, er, Christmas holidays!

It’s almost as if he thinks nobody’s going to remember exactly how he managed to run his megachurch empire right into the ground. There is simply nothing he likes better than running with the mob and rushing to conclusions to get attention, and there’s nothing he likes worse than being compassionate and non-judgemental (which are traits most of us associate with being “Christlike,” though there’s plenty enough reason in the Bible to reject that association). And as an evangelical leader, he’s already demonstrated his deep allegiance to that particular brand of self-pitying chest-thumping–what some call crybullying–that his tribe favors to achieve his ends.

I’m still amazed that anybody takes this guy seriously. When he says that someone can get so turned around by fake news that they “don’t know what reality is,” he’s simply projecting his own failures onto others–because like the rest of his tribe, he long ago lost the ability to tell what reality is and assumes everyone else is like him. When he criticizes fake news for looking so real, he’s telling us something very key about himself because fake news is largely the province of fundagelicals–a fact that society is slowly coming to realize on the wide scale. Fox News only rose in popularity because of how hard it pandered to the Religious Right.

When reality and facts aren’t on Christians’ side, they just make up whatever they like and call it good–and they’ve been doing it for many centuries.

The most offensive thing about Mark Driscoll is his implicit insistence that just as the rumors about Jesus were of course totally untrue, which he knows because the Bible says they are, the rumors about today’s Christian leaders–even about himself–are untrue. When he talks about how meeeeeean the purveyors of fake news were in Jesus’ day, painting a picture of him that Mark Driscoll doesn’t think is accurate,2 it’s difficult not to wonder if maybe, just maybe, Mark Driscoll isn’t asking for his tribe to love outsiders, but to love him–and also it’d be awesome if everyone would just forget and hand-wave away all the terrible news stories that have circulated about him over the years.

Further, Mark Driscoll makes very clear in this post that he thinks a big reason why Jews rejected Jesus in the Gospels was that they believed fake news about him–indicating a serious lack of historical perspective as well as projecting his modern difficulties onto the Gospel story! I’m betting he’s also hoping his tribe will draw a few comparisons in their minds between how they themselves feel rejected by greater society–and maybe even wonder if Mark Driscoll himself has been unfairly tarred and feathered by a Jesus-hating public. Obviously the only reason anybody would reject Jesus–or Christianity–or Mark Driscoll himself–is because they were unfairly maligned and misrepresented by evil nay-sayers.

If I’m right and Mark Driscoll is a textbook narcissist, then he’s not doing any of these posts by accident. Each one of them is a brick in the road he’s trying to rebuild–a road that he hopes will eventually lead him straight to a brand-new megachurch empire. He’s all about making himself look better and to repair his tarnished and cracked reputation. It’s just an added bonus that many of his posts provide us an ongoing retrospective about where his end of the religion went so wrong.

Mark Driscoll, therefore, becomes at once a big symptom of his religion’s decline and one of the most pressing reasons for that decline. I don’t think he thinks often about that decline; it’s in the future, while the present is here right now. He’s very clearly still grabbing for whatever power he can manage to seize while there’s any at all to be taken from the fast- and ever-shrinking pool of Christian sheep–before their attention moves on to all the other shiny stuff that catches their attention and he’s left forever trailing behind them.

Thankfully, more and more Christians are questioning the party lines about a number of topics–including that wealth of pseudoscience, spurious and specious talking points, fake news, rumors and folklore, and revised history that forms the fundagelical worldview. Mark Driscoll’s doing himself no favors by hitching his wagon to that star, but he’s hardly the only fundagelical leader doing it–and at least he’s entertaining us while that wagon sputters to a halt.

1 First, his god’s actually going to bring about Armageddon, according to most Endtimes-obsessed fanatics. That’s the final world war to end all world wars, after which the world will be destroyed and remade, and at some point everybody will be murdered and judged and sent to Heaven or Hell. It’s weird that Mark Driscoll doesn’t remember that in his rush to do exactly what he tells his tribe not to do: create fake news and use Jesus to borrow authority to support every cause under the sun. Second, his piss-poor choice of imagery calls to mind police use of fire extinguishers in quelling unwanted crowd activity.

2 The reality is that nobody whatsoever who was contemporaneous with Jesus wrote a single word about him–supporting or opposing him or even indifferent to him. There is absolutely nothing written about a single thing he did, a single follower he had even at the highest levels, or a single problem he had with the authorities of his day–either Jewish or Roman. We only start seeing anything about Jesus some decades after his supposed death, and none of it was from anyone who had anything to do with him or who had even heard of him personally. You can decide whatever you want from that set of facts, but to me it sure looks like people were just making up a character out of that swirling miasma of wild-eyed apocalyptic Jewish prophets from that time period.

Lord Snow Presides… is our off-topic Disqus runoff series, usually run on Mondays to cover the long weekend. Feel free to talk about whatever you like here–about the topic I present or anything else on your mind! Pet pictures are particularly welcomed. What’s on your mind?

And: if you like what you see, I welcome your support! My PayPal is captain_cassidy@yahoo.com (that’s an underscore in there) for onetime tips, and I also welcome monthly patrons via Patreon with Roll to Disbelieve. Patrons just got a 10-minute long cat video of me talking about TRUE CHRISTIANS™ while the cats demolish a box and I post occasional “behind the story” posts there–not to mention cat pics! I’d love to have you on board too. 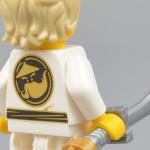 November 26, 2017
That Time My Boyfriend Pulled a Sword on My Best Friend During the Christmas Pageant
Next Post 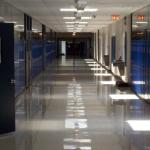 November 29, 2017 The Love/Life Principles Seminar and the Horrendous Friendship Kablooie.
Recent Comments
0 | Leave a Comment
Browse Our Archives
Follow Us! 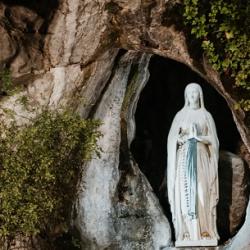 Nonreligious
Confirmation Bias and Angelic Meddling in 'This Present...
Roll to Disbelieve 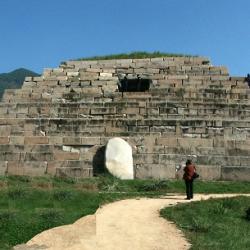 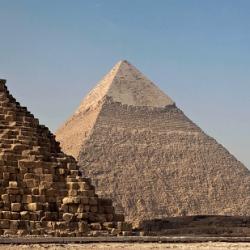 Nonreligious
Another Bad Week for MLMs (And Potent New...
Roll to Disbelieve 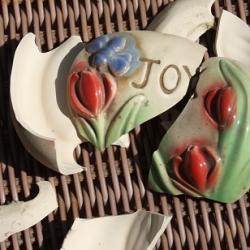