A new Twitter hashtag is floating around the Twitterverse to let Exvangelicals air out the catchphrases they’ve found themselves saying a lot since leaving evangelicalism. An Exvangelical is someone who has walked away from evangelical Christianity, similar to how an ex-Christian is someone who has deconverted from the religion entirely (not all Exvangelicals have deconverted–many are involved in what they hope are less-harmful flavors of the religion). And they’re a thing now, with Facebook groups and podcasts and Twitter hashtags and everything! Today, Lord Snow Presides over #ExvangelicalCatchphrases!

Stuff I Keep Finding Myself Saying.

Since leaving Christianity in general, I’ve found that there are phrases that keep passing my lips and blossoming into the air around me. It turns out that most people who leave fundagelicalism discover themselves saying the same things over and over again. This hashtag celebrates that stable of statements.

No, I do not know who the famous person who died is. #ExvangelicalCatchphrases

If it happened when I was Pentecostal, I probably don’t know about it unless I deliberately went out and sought that information after the fact. I didn’t watch very many “worldly” movies, see much “worldly” TV, or read many “worldly” books. (Worldly means something that isn’t triple red hot max throttle Christianity.)

This means that when Kurt Cobain was hospitalized with a drug overdose while on tour in Rome in 1994 (during the time I lived in Japan), I was sad for him but had no idea who the hell Kurt Cobain was or why he might be important enough to land a brief mention in an English-language newspaper in Sapporo.

That is how isolated someone can get from popular media when they’re involved in any extremist group.

The people around me who haven’t ever tangled with fundagelicalism just don’t get how totally in the dark I am about pretty much everything that happened between 1986 and 1994–and to a lesser extent until 1998, in those years I was tramping around Canada, licking some serious wounds and causing some more, and not paying attention to anything going on in Freedom-Land.

After my deconversion, I made friends with a guy who was a college radio DJ who took it upon himself to expose me to the broad strokes of the most important music I’d missed, so I got better, but I still totally missed that stuff while it was happening and I’m always being blindsided with media that I just had no idea existed–and fashion trends that I totally missed because at the time they happened I was wearing a home-sewn wardrobe of long skirts and essentially SCA-style T-tunics. It makes me feel rather like a tourist in my own past sometimes, like I know more about Italian Renaissance popular culture than I know about my own during those years.

So this hashtag speaks to me. I often find myself saying stuff like “But I’m not like that anymore,” or “I used to believe (x)  and do (y),” or even “My church didn’t allow women to (insert perfectly normal thing that pretty much everyone does without even thinking about it).”

Sometimes I don’t even notice I said something intensely weird until I see the looks on people’s faces and realize that no, actually, not everybody is familiar with that peculiar expectant silence that falls over a congregation when someone’s just yelled an isolated bit of glossolalia during a service and now someone else has to provide the “translation” of it. Only those people who’ve sat in those congregations know what that feels like, and understand why this experience is so fraught with anxiety for those who believe.

Some of these catchphrases are funny as well as personal for me:

#ExvangelicalCatchphrases
Exvangelical: We Can Cuss Now And It’s Really Exciting

So it turns out Halloween is the best holiday ever.#ExvangelicalCatchphrases

And it’s so true: there’s a ton of stuff we discover that we love after we leave that harmful and destructive system. I myself discovered that I loved wearing pants and makeup, exploring the world and other spiritual traditions, and science in general. I liked pop music and enjoyed movies without worrying about demons following me home from the theater or flowing out from the speakers (YES I AM NOT KIDDING).

I spent a good part of my formative years thinking that only shallow worldly women liked fashion, so it took a long time for me to unpack and see that thinking for what it is: a way to turn me against other women and feel superior to those I’d thus turned into enemies. It turns out that I like fashion and I understand why it changes and bounces between extremes and calls upon previous decades’ fads.

That process of discovery isn’t unique to ex-Christians and Exvangelicals, obviously, but we understand those mixed emotions that go into these discoveries: that sense of betrayal that we’d missed out for so long simply because our various churches disapproved of so much. And it mixes with our elation at finding out that something we went without for years is actually awesome.

For those who’ve only just deconverted, let me offer up this observation: get used to feeling like you wasted a lot, like in a lot a lot, of time–and maybe feeling resentful of the people who taught you all this untrue stuff.

For a lot of folks who escape Christianity and particularly fundagelicalism, we quickly learn that most of our interactions with people took the form of that strain of religious jargon called Christianese. When I was Christian, my peers and I used a shorthand of Bible verses, aphorisms, and nonsensical-but-super-spiritual-sounding catchphrases that substituted for how we felt and what we thought. Christianese can be insidious because it’s not an expression of faith so much as a way to stop all independent thought and signal tribal affiliation.

So a lot of our deprogramming consists of rooting out that Christianese.

If I can no longer impress people by quoting the Bible, maybe quoting The Princess Bride will work.

(Let’s face it, any ex-* worth their salt also needs a good grounding in the various works of Monty Python. Probably Star Wars and Firefly too.)

How many of us know exactly what Alisa P Frutman is talking about when she says that “the word ‘fellowship’ makes me vomit inside my mouth?” I bet more than a few folks could easily think of a few Christianese words and phrases that just GET. UNDER. OUR. SKIN. Some of the worst offenders came along after my day, like “doing life” and “courtship,” but I still  count ’em.

“Love on” your own damn self. #ExvangelicalCatchphrases

The Pain Under the Humor.

I find myself agreeing with Kristy Burmeister, who wrote, “I’m having fun with #ExvangelicalCatchphrases today, but I know how much pain is under a lot of our jokes.” She’s joined by lis, who writes, “It feels amazing to let the pain and frustration out and know that I’m not alone.”

That’s why, when Melissa Nichols wrote, “Exvangelical: See this is why I’m so weird about sex” it spoke to how harmful this worldview is. A great number of women wrote on that hashtag about having to learn what consent was and to become comfortable with both liking sex and refusing sexual advances. Many women there also relate being astonished to learn that they have voices and can use them whenever they think it necessary.

(And the next tweet of his: “Drink, have fun, have deep talks, weep incessantly, repeat.” RELATABLE. I never learned to drink responsibly and that was a lesson that took many years to sink in.)

Yeah, so basically yeah, millions of people have escaped a cult that destroyed our self-confidence, isolated us from our greater culture, and gave us in return only a terror of sex, distrust in autonomy of any kind, and astronomical self-doubts.

But gang, if you can’t laugh sometimes then you’ll just end up crying till you choke.

I’m just really sorry for being such a sanctimonious ass for Jesus. #exvangelicalcatchphrases

For those reading who’ve gotten out of evangelicalism or Christianity, are there things you keep finding yourself saying and experiencing? Lord Snow wants to know!

Lord Snow Presides… is our off-topic chat post series. Feel free to talk about anything you want here! I’ve started us off with a topic, but you can go anywhere you want. Lord Snow is my sweet, elderly white cat, who doesn’t know anything and yet knows everything. 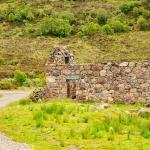 January 28, 2018
When Murder is Less Unthinkable Than Divorce
Next Post 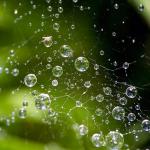 January 31, 2018 The Weird Alternate Reality That Is Christian Pseudoscience
Recent Comments
0 | Leave a Comment
Browse Our Archives
get the latest from
Roll to Disbelieve
Sign up for our newsletter
POPULAR AT PATHEOS Nonreligious
1 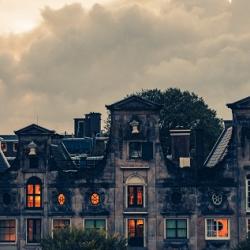