Christians sure have a lot of theories about deconversion, namely about why people are rejecting their sales pitches. Sure, most of those theories are wrong, but they can’t have everything. After I show you some of those theories, Lord Snow will be presiding over a very special episode: EXTIMONY TIME AHOY. If you’ve been thinking about sharing how you deconverted, then here is your chance!

BTW, all of the main “reasons” links were written after the Presidential election.

Now, you might be asking, Cas, what on earth are parents’ jobs?

And his answer would be: Learning the apologetics arguments and tactics that he teaches so they can keep their kids Christian. If they did that, gosh, all Christian kids would stay Christian forever.

All apologists are like that. They all think that the answer to the question of evangelical churn is their particular brand of apologetics. They beat their own drums like their very lives depend upon it, and really, their livelihoods at least do. As a result, Christians often make the mistake of thinking that the salespeople in their ranks are telling the truth about their wares.

Alas and alack for those leaders, however, most Nones and atheists today were Christians once. I myself was raised to be a very fervent Catholic. My upbringing was never the problem; the problem was and is that the religion’s claims aren’t true. But since J. Warner Wallace and his pals can’t deal with that fact, they have to throw the blame for deconversion elsewhere. (In a broken system, the message can never be questioned.)

Excuses–like compassion and grace themselves–never seem to end with fundagelicals.

An apologist writing for Faux Noise cites all the usual suspects. Mainly, apologist Alex McFarland (onetime youth minister with Focus on the [Straight Fundagelical] Family) blames young people completely for everything going wrong. They have, he says, “little or no ‘brand loyalty’ in most areas of life.” They face “an enforced secularism” imposed by nameless culprits.

Their parents and authority figures didn’t do right by them. They “lack spiritual authenticity,” a perceived flaw that is totally the fault of the role models they had growing up as kids. As a result, kids refuse to bend the knee to him and his pals.

He’s also angry about “the rise of a fad called ‘atheism.'” He hates the modern age’s slow progression toward liberalism and the new “tolerance” that means he can’t openly hate without facing censure. He’s even more furious that nobody cares anymore what he thinks about their sex lives.

Oh, and churches have lost their “cultural influence” and are “often assumed to be irrelevant.” He waxes nostalgic for the coercion churches used to be able to exert. Even he can’t pretend that churches could ever draw people on their own merits; what he hates is that he can’t force people to attend anyway. Really, he’s mostly just enraged over his own growing irrelevance and loss of power. His reaction to that emotion is to blame everyone in the world but himself for its loss.

He has a sure answer to the problem of evangelical churn, though: drilling down harder than ever on religiosity and overreach. Yep, that will totally work.

Unfortunately for him, many of us grew up in churches that were the very picture of TRUE CHRISTIANITY™. And we left anyway.

An absolutely hilarious post comes to us from Crosswalk, courtesy of apologist Jonathan Morrow. He’s a professor at Biola University and everything. And he’s sure that the Big Problem Here is that the people leaving Christianity just weren’t TRUE CHRISTIANS™.

He lists three made-up scenarios, all caused by improperly-indoctrinated childhoods:

The Christian Relativist. “Jennifer” keeps her faith private and eventually falls out of practice because she doesn’t want to “rock the boat.” Alas, Jennifer doesn’t realize that “true Christianity [YES he totally uses that term – CC] is, at its core, is a public faith.”

The Drifter. “Steven” grew up in an observant Christian home, which is to say that according to Morrow it was fundagelical, but alas! Nobody used the correct apologetics to quell his doubts about the Christian culture wars and their science-denial, so he drifted out. He pretends to go along with the motions to make his parents and youth pastor happy with him, but his heart’s not in it.

The Unconvinced. “Joey” also grew up in a TRUE CHRISTIAN™ home. He became super-frustrated because of his doubts. Eventually the bright shiny skept-o-sphere sucked him in. He decided on a whim to discard his faith to please his new friends. Morrow wildly speculates that some emotional trauma sparked “Joey’s” doubts.

(Morrow proposes “a fourth way: ownership” as a solution, but doesn’t ever get around to modeling what that looks like. I guess his creative limit works out to three fake case studies.)

Unfortunately for Morrow, nothing here even vaguely looks like what happened to most of us. We didn’t deconvert on a whim, and again, most of us grew up heavily indoctrinated. Many of us sought out apologetics-based answers for our questions and doubts, and these materials backfired hard.

I read a lot of other recent columns and posts that ran along similar lines. Major themes emerged, many of them contradictory even within the same posts.

Gee, guys, I dunno: for a supposedly-totally-true-and-for-realsies religion, a lot of factors seem like they must come together perfectly for a baby born to Christian parents to make it to adulthood as a Christian.

Meanwhile, I might not have the firmest grasp of stuff like physics and geology, but nothing’s yet swayed my faith in the scientific method as the best way humans have ever found to uncover facts and explanations that are true. Nor has any Christian yet managed to make me doubt the primacy of consent in human relationships of all kinds. I don’t need a perfect upbringing to know that it’s none of my business what consenting adults choose to do with themselves in their bedrooms (or laundry rooms, or living rooms, or hotel rooms…).

Because Christian apologists chain themselves to untrue ideas, they can’t understand the notion of someone finding their claims untrue. Obviously their claims must be true, and so anyone who leaves must be doing so for some other reason.

The Real Reasons for Deconversion.

We can easily find more reasonable minds studying this whole question of how someone goes from religiously-affiliated to non-affiliated. For example, see this Quora discussion–look for the guy with the diagrams. Most of the points we’ve brought up in the past show up here.

Christianity fails on both counts. If at least they could be good groups to belong to, then it’s likely that people would stay despite the untrue ideology. But they can’t even manage to be good groups. Usually their presence in a person’s life is a net negative. People vote with their feet and wallets, and here they tell us that they find churches to be irrelevant and not worth supporting anymore.

If the very best rejoinder Christian leaders have to that reality is to whine about how church attendance is a burden and chore that people should perform despite not wanting to do it, like brushing our teeth or washing our clothes, then they’d better be able to present meaningful evidence of tangible benefits. Then they’d better be able to make the case that these benefits couldn’t be found in groups that are based in reality and are desirable to join.

Gang, these leaders sound furious about their religion’s decline, and terrified of their religion’s future. And they should be. As we’ve often noted around here, they still can’t really engage with why deconversion happens. That means they are completely unequipped to address their problems, much less reverse any of them.

I don’t think they even want to do that, though. A lot of their future survival depends upon dismantling their sense of entitlement, and a lot of Christians like that about their tribe. I’ve noticed how much their evangelists resent being put into a suppliant’s role. Church leaders, too, clearly resent the mere idea that they should offer enough benefits to outweigh their demands upon members.

By the time they figure out what the problem is, time will have already run out. And we’ll still be here.

So now we know that Christians have no real idea at all why people leave their religion. I’m ready for a dose of reality–how about you?

On the Evangelical Blowhards’ Meeting post, I declared EXTIMONY TIME AHOY! I did it to make a point at what appeared to be a Disqus clampdown on extimony posts.

Infinite Automaton discovered that the road to disbelief wasn’t as scary as he’d feared.

Abby realized some uncomfortable truths after the 2016 elections.

(If I missed you, it’s purely an accident and I’m sorry! Disqus can be a bear on high counts–I linked everyone I could find. Just link us up and I’ll correct it here.) 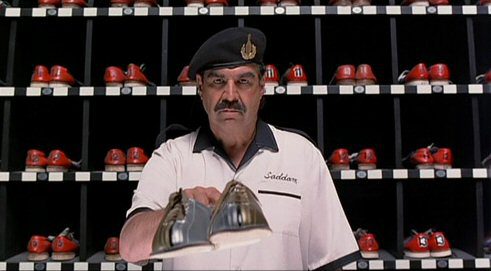 NEXT UP: Oh, we’ve gotta revisit this stupid evangelical meeting. We’ve gotta explore how that all shook out. Then we’re circling back to confrontational evangelism–what it is, why evangelism-minded Christians adore it, and how it fails. See you next time!

If you like what you see, I would love to have your support. My PayPal is captain_cassidy@yahoo.com (that’s an underscore in there) for one-time tips. I also welcome monthly patrons via Patreon with Roll to Disbelieve. Thanks so much!

Lord Snow Presides… is our weekly off-topic chat series. I’ve started us off with a topic, but feel free to chime in with whatever’s on your mind! Lord Snow is my sweet, elderly white cat, who presides over my household like the moon over a drum circle. 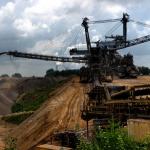 April 22, 2018
Why the Christian Right's Sex Scandals Are Only Increasing With Time
Next Post 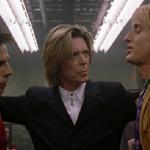 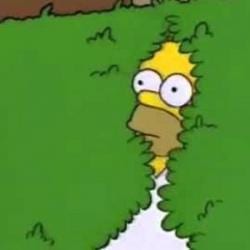 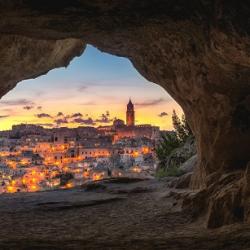 Nonreligious
The New Narrative Lie of Evangelism Success (Amid...
Roll to Disbelieve 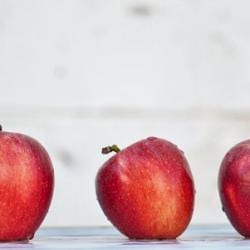 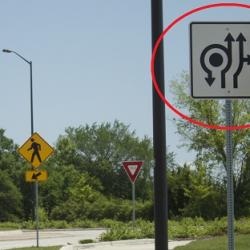