Well, the Big Come-to-Jesus Meeting At Wheaton Was a Bust.

A few days ago I showed you this big meeting that a bunch of evangelical leaders held at Wheaton College. They’d decided to meet up to try to salvage their religion’s tainted brand somehow. And I predicted that it would be a complete failure. Well, I was right. But as ineffectual as that meeting was, evangelicalism’s far bigger failure occurred outside the meeting’s closed doors.

Fifty evangelical leaders met recently at Wheaton College.1 None of Donald Trump’s “faith council” attended, and some other big names were notably absent.

Those fifty attendees wanted to talk about the very future of evangelicalism.

Now, you’d think that any such discussion would need to involve the topic of Donald Trump and how he represents the irrevocable entwining of their end of the religion with extreme right-wing politics. But you’d be wrong. Before the meeting, the people organizing it put out what seemed to me to be lots of signals and dogwhistles to let their tribe know that that whole topic was off-limits.

Instead the official agenda appears to have involved rebranding, reframing, and marketing ideas.

Clearly a lot of them didn’t want to touch that big stinky orange elephant in the room!

And really, who could blame ’em? There’s no way for such a discussion to turn out well.

A Lesson in Flouncing.

Ed Brayton broke the news yesterday: the anti-Trump folks at the meeting decided to talk about that orange elephant despite knowing that this discussion topic was unwelcome.

And a bunch of their peers in leadership left the meeting as a result.

The language used by the pro-Trump faction within evangelicalism is nothing short of grotesquely off-putting. Long-time anti-gay bigot and hatemonger Bryan Fischer  snorted that the 50 folks there were “self-anointed ‘evangelical leaders'” who had only pretended to be there to talk about the topics announced. Instead:

. . . these paragons of Christian compassion and tolerance figuratively hung the president in effigy and proceeded to treat his effigy as pinata. They spent two days doing their best to beat as much of the stuffing out of the president as they could.

Aww, that’s so loving! He also mentioned pointedly that “Conspicuous by their absence were actual certified evangelical leaders such as Franklin Graham, Robert Jeffress, and Jerry Falwell, Jr.” Because obviously, evangelicals are really good at appointing universally-recognized leaders and then certifying them. (Hey, d’ya think we’ll ever see the certificate that made Jerry Falwell Jr. the evangelical pope?) He all but accuses the people at this meeting of being traitors to America as well as fake Christians–all because they wanted to criticize the golden idol he worships.

And Fischer’s response is perfectly representative of the entire pro-Trump end of fundagelicalism. They slammed the attendees’ credentials, mocked and badmouthed them for daring to criticize Donald Trump, and insisted that nothing on their ship was going to change as it sinks further and further into the North Sea.

Robert Jeffress, a big name leader who didn’t attend the meeting, had this to say:

Richard Land, a culture warrior briefly mentioned even in these hallowed halls, said this:

Any definition of “thought leaders” and any definition of evangelicalism that excludes the Billy Graham Evangelistic Association and Franklin Graham is a pale imitation – anemic and incomplete.

Another non-attendee complained about “what he sees as this group of evangelicals trying to steal the microphone from those who support Trump,” which speaks volumes about his own feelings of entitlement and the complete entwining of his faith with his ultraconservative politics.

To me it sounds like whoever drew up the guest list for the meeting was trying to make a good mix of political opinions, but the pro-Trump evangelicals sound absolutely furious that they weren’t allowed to completely dominate the meeting and dictate its agenda. Of course, since the meeting organizers haven’t released their guest list or the minutes of the meeting, that’s simply my speculation.

Now, More Than Ever.

In trying to find a referenced post about the meeting, I found these shocking search results on page one of Google:

And all of them came out in the last few weeks, many in response to the first link. The language they use is arresting, and not in an annoying clickbait way. They speak to a growing disconnect between evangelicals’ self-perception and outsiders’ perception of them. This wouldn’t even be the first time such a disconnect has been identified and noticed.

This perception of evangelicals as a group that has somehow lost its way has become part of our national dialogue about the religion. I don’t think that’s a narrative reflective of reality, myself; as Slacktivist has pointed out, evangelicalism itself has some very regressive roots. Their insistence on culture wars is an outgrowth of those roots, an expression of their DNA. Their adoration of ultraconservative political platforms and politicians is as well.

But this narrative shapes how people perceive evangelicals, and how they interpret news about them.

And evangelicals themselves are largely playing right into that narrative.

The Message Broadcast to the World.

I don’t think the right-wing nutjobs currently vilifying and smearing their Christian brothers (most amusingly demonstrated by this completely un-self-aware hypocrite at a conservative religious blog) understand the damage they’re doing to an already-irretrievably-damaged witness.

Most people won’t be surprised by this show of disunity, no. But they might feel surprised by the sheer level of vitriol on display. Nothing I saw today out of the pro-Trump people even vaguely resembled that poorly-defined virtue of Christian love. It looked a lot more like simple belligerence, tribalism, and cruelty. A few Americans might not have already known about what evangelicals have become, so this should awaken them considerably.

Worse, though, the secondary message these TRUE CHRISTIANS™ broadcast speaks to an attempt to dictate the terms of evangelicalism itself.

That redefinition very firmly rejects all political positions except the far-right extremist one. It rejects all opinions of Trump except those in favor of him (or at least willing to be silent about him). It links religion and extremist nationalism. And it pushes white male privilege and unilateral authoritarian power structures even more firmly to the forefront.

Someone who can’t fit into that definition is not truly a TRUE CHRISTIAN™ at all, these self-appointed gatekeepers of evangelicalism insist. Dissenters might as well leave.

And yes, they fully expect those dissenters to fall into line again after all of that.

Wow, you guys, there is no way at all that their strong-arming attempt can possibly backfire. No way at all. They will TOTALLY get all those dissenters to capitulate if they just disapprove at them hard enough and abuse them thoroughly enough. WWJD, after all?

The Heart of the Core of the Center of the Problem.

Attempts at rebranding and shows of false humility (like this one) will fool nobody. Evangelical leaders might feel like they actually accomplished something. But nothing ever changes with these guys.

Not even when a sizeable percentage of them would like things to change.

A growing number of evangelicals do reject the culture wars. They do want a change.

In clamping down all the harder on exactly what the definition of a proper evangelical even is, these culture-war-loving hatemongers and obstructionists will only succeed in driving more and more people away from their group. The chances are good that a large number of evangelicals saw this whole fiasco and thought to themselves, Okay, fine, if this is what they say an evangelical must do and believe, then maybe I don’t want to be an evangelical at all anymore.

In forcing a showdown between compassion and culture war, these culture warriors are only hurting themselves–and their religion–more.

If their actual goal was increasing recruitment and decreasing churn, evangelicals would be having a tough go of it right now. Instead, they’re celebrating what they see as a victory.

NEXT UP: In the vein of fundagelicals damaging themselves even more, a closer look at the two marketing techniques of Christian salesbots. See you next time!

1 Some sources said it happened today/yesterday, but others say it was last week–just FYI. Mea culpa, just wanted to note it. 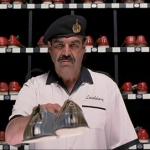 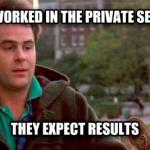 April 27, 2018 How Confrontational Evangelism is Failing Christians, and Why It Doesn't Matter.
Recent Comments
0 | Leave a Comment
Browse Our Archives
Follow Us!

Nonreligious
The Boss From Hell in 'This Present Darkness'...
Roll to Disbelieve 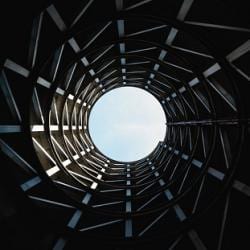 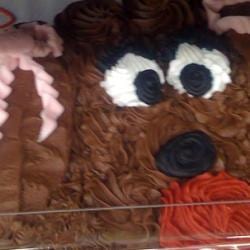 Nonreligious
Why Christians Can't Have Authoritarianism Without Scandals
Roll to Disbelieve 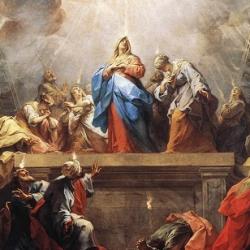