The UYC: Hope in the Middle of Christian Hypocrisy About Marriage

The UYC: Hope in the Middle of Christian Hypocrisy About Marriage August 5, 2018 Captain Cassidy

Christian leaders have been quietly fighting a minor culture war for the last sixty years or so–against no-fault divorce. But they’re losing that war just like all the others. They’re losing it for the same reason as all the others, too. The other day I was telling y’all that Christians increasingly pretend to be listening to their leaders, but then go do whatever they wanted to do anyway. Marriage and divorce definitely constitute two of the topics driving Christians to act like that. Today, here’s the war Christian leaders are fighting–and a very real sign that they are losing that battle.

To be fundagelical is to be bound about by rules to the point where you just can’t move, ever. That’s why they’re all so focused on gaining personal power over other people. Their whole lives are about grabbing for power, so they can impose the most rules on other people while suffering the fewest people who can impose their own rules upon them.

No part of human life remains exempt from fundagelical control-grabs. If humans do it, spend money on it, enjoy it, endure it, or coexist around it, then some fundagelical, somewhere has tried to create overarching rules for it. The more major the situation or thing is and the more universal a part it is of the human situation, the more expansive the rules and the harder fundagelicals try to gain unilateral power over how it’s done.

Marriage, being one of the biggest, most life-altering things that people can do, remains one of their biggest culture-war objectives. So naturally, it’s plowed under by so many rules that it’s amazing to me that any fundagelical marriages survive. Fundagelicals have focused for years on a huge body of rules about marriage: who can marry in the first place, why people should marry, how they should conduct themselves in marriage, and what to do when (not if) fundagelical rules threaten the marriage.

The Rules: Learn Them, Know Them, Live Them. OR ELSE.

If you spotted some dealbreaking contradictions in this list, then you’d make a very bad fundagelical.

Which Way Did Their Followers Go?

Despite their leaders’ constant sermons and railing about divorce, though, WOW do fundagelicals sure get divorced a lot.

It must feel very frustrating for those poor widdle leaders. They push rules that they claim always work. Their followers very clearly try very hard to apply those rules to their marriages. But the single biggest metric Christians could use to demonstrate the truth of their claims is the one working hardest against those claims.

And yes, it’s the single biggest metric they could use. If Christians almost never divorced, but instead had long, happy marriages, it’d be confusing as all get-out. The rest of us wouldn’t understand how they did it. When we look at their rules, we only see a set of rules meant to enshrine male privilege into power forever and disenfranchise women completely. We’d feel totally confused by how that ruleset could have those results. It just wouldn’t parse!

Fundagelical leaders dream of people envying the marriages built by their rules.

Reality, and a Fully-Expected Response to Reality.

A few years ago, the world first found out just how enormously terribad fundagelicals’ divorce rates were. Nobody expressed a lot of surprise. I sure didn’t. I’d known for years that thanks to their rules, fundagelicals suffer deep dysfunction in all of their relationships.

Indeed, Pew Forum discovered that fundagelicals have a much higher divorce rate than atheists and agnostics. The vast majority of divorced people in their 2015 Religious Landscape Study expressed “absolutely certain” belief in the Christian god, said they pray at least daily or weekly, and felt that religion was “very” or “somewhat” important to their lives. A third of divorced adults told the surveyors that they attend church weekly and think that the Bible is divine and must be taken literally.

These rates mesh very well with the study that Barna did back in 2000. That study discovered that not only did evangelicals divorce way more often than atheists, they did so more often than liberal Christians! Even worse, Barna discovered that the most fundagelical states in the country, the so-called Bible Belt, has the highest divorce rates.

Faced with this crushing, humiliating challenge to their projected image, fundagelical leaders swung into action.

They created a completely self-serving definition of TRUE CHRISTIANITY™ that granted the label only to people who already fit all of their marriage rules. Since divorce is totally against their rules, obviously no divorced Christians are TRUE CHRISTIANS™. (See how easy this is?)

They soothed themselves with this No True Scotsman maneuvering, though I don’t think they fooled anybody outside the tribe.

I reckon anything’s better for fundagelicals than coming face-to-face with just how absolutely, blitheringly counterproductive their marriage rules really are.

Here is where that culture war gets relevant for us.

For a very, very long time, people in the Unequally Yoked Club have known a painful truth.

Fundagelicals fling all those Christian rules about divorce right out of the window when it comes to themselves.

If anything, their leaders are even worse that way.

Oh yeah, laypeople and pastors alike rail against divorce in public, but their private behavior is another matter entirely.

When it comes to mixed-faith marriages, that hypocrisy traditionally led to them insta-dumping deconverted spouses. One of my friends (let’s call him Darren) discovered that the hard way after he deconverted, some years ago. He found out later that his still-Christian wife’s pastor suggested (during official Christian counseling) that she separate from him, then threaten to divorce him. That charlatan made those suggestions as part of a cruel, retaliatory strategy for forcing him back into the religion!

This happened. And it happened in one of the flagship churches of a big evangelical denomination.

As shocking as it sounds, I soon heard about plenty more situations just like it. Neil Carter, on Godless in Dixie, related a similar story in 2013. In that post, he shared as well that he’s “lost count” of couples in similar straits.

Freedom For Me, Not For Thee.

First, for those who aren’t total scumbags, rules grant those obeying them comfort, a sense of safety, and a paradigm for interpreting those messy gray areas in life. These benefits are largely illusory. Still, a great many Christians prefer comforting illusions to scary, cold reality.

Second, for those who are in fact total scumbags, rules grant wielders a great deal of undeserved, limitless personal power over others, plausible deniability in cases of abuse, and an invisible, unreachable authority in cases of serious overreach.

Combine these benefits with a worldview that allows for unlimited forgiveness for all wrongs committed, even against others, an emphasis on personal revelation trumping existing doctrines, and a penchant for totalitarian group structure, and I really don’t know how we could end up with anything except a deeply hypocritical group.

Far from condemning this hypocrisy, fundagelical leaders may be counting on it when it comes to the Unequally Yoked Club. The last thing they want is for their flocks to start figuring out just how impossibly unworkable their marriage rules are. Clearly, they’d rather see a fundagelical initiate a divorce rather than take those first trembling steps into reality.

And that’s exactly happens when fundagelicals don’t follow that most important marriage rule.

Hope. So Much More Hope.

I’ve been noticing, these past few years, that they’re sharing a really different story with me now than I heard when I first began blogging.

More and more often, their still-Christian spouses reject that most important rule. They don’t instantly dump their newly-deconverted spouses. Instead, they explore new ground–and they do it together. They’re more willing to question their once-solid assumptions and black-and-white worldview.

Liberal and progressive Christians always seemed more willing to explore that mixed-faith world. Now their fundagelical peers have begun to join them.

This change isn’t happening without considerable pushback from their leaders. We’ll check out that side of things later. For now, know this: as more and more people deconvert from Christianity, as more and more Christians get to know the ex-Christians in their midst, and as mixed-faith marriages become more and more common, fundagelicals are more open to questioning their leaders’ teachings about marriage. This openness feels greater now than it has ever been since evangelicals first fused with fundamentalists and got super-politicized.

(Another thing-to-know: If you’re a new ex-Christian and haven’t told your spouse yet about your change in beliefs, you’ve got a better shot of keeping the marriage together than if this had happened five years ago.)

Who knows? They might even start reversing their astronomical divorce rate–no thanks to their leaders and marriage rules. If they do, that reversal will become part of the narrative future historians will weave about evangelical churn.

NEXT UP: A lesson from the world of Stompy Robot Gaming. See you soon! 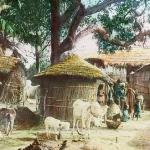 August 2, 2018
Intentional Evangelism: Yay, ANOTHER Doomed Attempt to Save Christianity
Next Post 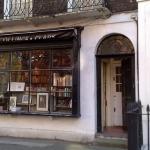 August 6, 2018 The UYC: Spectacularly-Terrible Advice from The Gospel Coalition (LSP #54)
Recent Comments
0 | Leave a Comment
Browse Our Archives
get the latest updates from
Roll to Disbelieve
and the Patheos
Nonreligious
Channel
POPULAR AT PATHEOS Nonreligious
1