2018 SBC Annual Report: Downsizing Amid the Ruins of Decline

The Southern Baptist Convention (SBC) recently (finally) released their 2018 Annual Report. As you might suspect, the report reveals that the SBC’s decline hasn’t slowed at all. Today, let’s look at some very telling signs of the denomination’s worsening problems.

I greatly thank our wonderful commentariat for some of these numbers. I’ve linked to the posts in question and highly recommend you check them out for some of the best commentary you’re going to find on those topics.

For years, I’ve mocked the SBC over their self-described “baptism drought.” The denomination’s leaders began using that term even before 2015, which is about when most of their pals recognized that a decline was indeed in full swing.

To be sure, both membership and baptisms declined for the SBC this past year. Even with the decline, the ratio of baptisms-to-members has gotten worse steadily since the 1980s. That ratio is the one to watch. In 1984, according to its Annual Report for 1985, it sat at 1:39–meaning one baptism per 39 existing SBC members.

Even that was rather higher than the SBC liked, however. Some of them could remember a time when it was very nearly in the teens. When it inched toward 1:50, around 2012, they began to visibly panic. Now, of course, between existing-member churn and lower baptism numbers overall, it sits at 1:59–an absolutely incredible plunge from the year before (1:54).

We’ll talk later about baptism numbers, because the long-form story is interesting all by itself, but for now, just know that the SBC’s primary metric for measuring success reveals a stunning lack of success.

This report also marks the first time I’ve heard the SBC concede that using baptisms as a success metric might suffer from some “limitations.” (p.  95, 1D).

SBC seminaries and colleges may well be the backbone of the denomination. They train the next generation of pastors and missionaries, and complete the indoctrination of future SBC adults. The SBC’s partially bankrolled these schools for years.

And their performance last year might best be described as spotty-to-disastrous.

Gateway closed one of their campuses amid reports (p. 208) that their enrollment numbers are tanking.

Meanwhile, New Orleans Baptist Theological Seminary admitted that they’re now seriously in the hole–which they are blaming on, wait for it, wait for it: HURRICANE KATRINA (p. 219). That happened 13 years ago almost exactly, but apparently the school never worked out how to recover from the changes the storm brought to the area.

Southwestern Baptist Theological Seminary, which was where Paige Patterson worked his foul deeds, suffered quite a bit during his tenure. Its Master of Divinity program fell from 720 enrolled in 2009/10 to 398 in 2016/17. Most of their other programs’ enrollment fell too, though to lesser extents.

FanofNeri crunched a bunch of numbers on the college reports–he teaches at a college himself. From the sound of things, the SBC’s institutions of higher education must have their top brass having kittens.

LifeWay Christian Resources functions as the SBC’s publishing, propaganda-generating, and research arm. On pages 29 and 33-34, we see the extent of this group’s power. Southern Baptist leaders strongly encourage their followers to utilize LifeWay whenever possible in publishing their works, and LifeWay’s bookstores are the only ones authorized to sell books and swag to the flocks. LifeWay’s leaders answer pretty much only to the Executive Committee. (You’ve probably seen me criticize Thom Rainer, one of LifeWay’s biggest names, on the regular.)

But cracks appeared in that monolithic structure this year. On page 132, we notice that LifeWay’s operating budget fell USD$5M from last year, putting it back on par with 2016.

Even worse, though, page 167 contains a statement from LifeWay’s leaders, Kent Dacus and Thom Rainer. Here, they tell readers all about their “remarkable” year.

What, you might ask, happened to make this year “remarkable” for LifeWay?

Mainly, they downsized their headquarters.

Yes, they moved from a campus that measured 1.1M square feet (sf) to one measuring 277,000 sf. In 2015, they sold their old 15-acre campus for $125M, then purchased a nearby one-building downtown site in Nashville. Thom Rainer paints the move as LifeWay “reinventing” themselves. But ominous signs point to the move being a bona fide downsizing effort:

But Construction Cam was live for a while!

Possible Drama with the Cooperative Program.

Snek Fren Infinite Automaton discovered a great deal of unspoken, between-the-lines drama that might be going down with the Cooperative Program (CP).

The Cooperative Program functions as the SBC’s heavy lifter. It finances missionaries (local and international), seminaries, training programs, and various charity efforts. In order to attend the denomination’s annual jamboree, a church must donate a certain amount of money to the CP in the preceding year. As the years march onward, the SBC has been pushing the CP harder and harder at its member churches.

For years now, they’ve been setting goals for member churches to hit certain percentages of giving to the CP–and most of the time, these goals fail miserably anyway. The program has struggled to maintain its funding levels for the past five years. In general, those levels seem to be declining over time. Indeed, J.D. Greear, in his nomination interview, alludes to these financial struggles.

On p. 124 of the 2018 Annual Report, though, we find some signs that the CP might be facing some serious challenges beyond even the usual failure to hit giving goals. Item 11.2 sounds particularly interesting:

We suggest that in the event of a conflict or issues that are deemed threatening to the
Cooperative Program (CP) a process fashioned after the restoration model outlined in
Matthew 18 be entered to bring about a resolution. It is important to note that the role
of the Executive Committee (EC) is not to infringe upon the roles and responsibilities
of the trustees of any SBC entity.

Further suggestions involve developing methods to open and monitor lines of communication between the CP and the SBC’s Executive Committee (EC).

These suggestions strongly imply that someone important doesn’t think those lines of communication exist already. Worse, conflicts bubble under the surface of all those Jesus Smiles in both groups that are not getting resolved to that someone’s liking.

A Mess of Missionaries.

Lastly in our analysis, we arrive (with the greatest of gratitude once again for Infinite Automaton’s analysis) at the Annual Report’s discussion of the denomination’s mission efforts. The SBC maintains a strong missionary focus.

And in this most important arena of all, the SBC reveals some of their greatest failures to date. The SBC divides their missionary efforts into local/American (the North American Missions Board, or NAMB), and everything else (the International Missions Board, or IMB). On page 164, we see that together these missionary groups trained roughly 146,000 people to perform various ministry functions. Over 400,000 people met last year in the churches these trained Southern Baptists began. About 6500 new groups began last year; about 4500 new churches formed up. In fact, as Infinite Automaton pointed out, they’ve planted more new churches than they actually have missionaries to run them.

Out of all of those missionaries doing all that stuff last year, they produced a grand total of 87,000 converts and 45,000 baptisms. (The SBC doesn’t share metrics about their converts after that–but I can tell you that a striking percentage of the people who get baptized into these groups vanish within a year or two.)

Further, from this part of the report, we know that the SBC loses a lot of churches every year. NAMB (on p. 189) reveals that 900 SBC churches close each year, while 1200 churches must open every year to offset those losses.

The flocks are fleeced out!

Peeking Into the Ruins.

The 2018 SBC Annual Report reveals the mess that the denomination has created for itself. The metrics they’ve used for years to measure success now illuminate growing failure. Major parts of their enterprise struggle wildly for air. Infighting devours a great deal of whatever’s left. Some fancy-pants maneuvering with finances can’t hide that the average SBC church is quite small–and on the verge of collapse. Even the vast engine of Southern Baptist missionary efforts could only gain them 45k baptisms last year on that front.

Finding frank statistics can be difficult in the SBC. Occasionally one runs into blogs like this guy’s, which grimly asserts that almost none of the SBC’s baptisms represent first-time gestures by new converts. As you know, I agree completely! To him, that means that almost none of the SBC’s gross growth represents new conversions (and, of course, they saw a net decline once churn was taken into account). And that means, in turn, that the SBC loses quite a few more members than it converts.

For over ten years, the SBC’s stated strategy in addressing their decline has been to blame their followers for not selling Jesus hard enough. Seriously. By now, Southern Baptist leaders take it as a point of unquestionable doctrine that their members’ lack of sales is really The Big Problem Here.

In other words, don’t expect anything in the SBC to change anytime soon. In other other words, this report is good news for humanity. Take heart, friends. 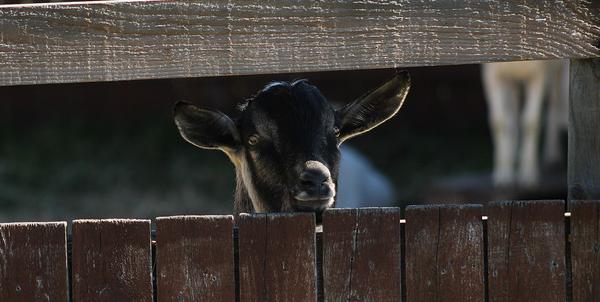 NEXT UP: This report also majorly drills down on the SBC’s ongoing culture wars. Let’s look at how, and more importantly, why. Also, sometime we’re driving into that Pennsylvania Catholicism report. See you next time! 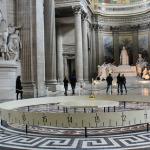 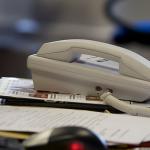