Stumbling Forward From a Fear of Change

Stumbling Forward From a Fear of Change December 27, 2018 Captain Cassidy

I used to be so afraid of making big changes. I hated change and avoided it whenever possible. Christianity only worsened that fear! Today, let me show you how I developed a fear of change, and how I eventually defeated it.

In the book The Last Unicorn, the unicorn is like that as well. When she realizes that she seems to be the only unicorn left in the world, she feels an obligation to find out what happened to the others. Then she hopes to rescue them or join them.

But she keeps her forest and the animals living in it safe from hunters, disasters, and bad weather. That obligation conflicts with the larger concern she feels about her fellow unicorns. She vacillates between these two concerns for many days, unicorns being particularly poor at handling conflicting stresses.

Finally, something simply crystallizes for her:

But at last she woke up in the middle of one warm night and said, “Yes, but now.”

I’ve thought often of that quote–“Yes, but now”–over the years. That’s what it feels like to me when I realize that it’s time to make a life change.

It used to take me a really long time to get to that point though.

Making Changes, As a Life Skill.

Studies show that very religious people fear uncertainty more than other people do. The Psychology of Religious Fundamentalism talks about the high need such Christians have for certainty. As well, we associate more harmful forms of religion with greater measures of authoritarian behavior.

Add it all together and then add a really dysfunctional family life, and you get a person who struggles with kick-starting an independent life.

I felt completely unsuited to the entire process of making changes. From recognizing when one needed to happen to planning one out to executing those plans, I struggled. Even after leaving Christianity, the programming I’d absorbed ensured that I struggled for a while as I learned the relevant skills involved with all of these steps.

Thankfully, however, these are in fact skills and not inborn talents. They can be learned and practiced.

I don’t know if it’s easier to voluntarily make a change or to be forced into making a decision. Sometimes, as Ghost Rider‘s dad put it, changes happen whether we want them or not. We don’t always enjoy the luxury of choice.

Why I Struggled With Change.

Sometimes the situation I was contemplating changing wasn’t explosively disastrous, just not ideal at all. Our culture’s filled with admonitions (to women especially) not to be picky, not to be too demanding, not to be too selfish or insistent.

My religion taught me, especially at the evangelical end of the pool, to regard my happiness as being of secondary importance, if not tertiary! I distinctly got the message that my leaders and peers felt that something vaguely suspicious clung to women who sought change of any kind–outside of pre-approved channels, of course. (Trying to become more submissive was always fine. So was becoming more generous with one’s time. Learning to speak up about my preferred weekend activities, or to decline requests that would impose overmuch on my time? Not so much!)

Faced with a situation that wasn’t actively destroying me, my impulse was to look at the unknown future if I changed anything big and wonder if it was worth the effort, risk, and possible failure to do anything different.

I was afraid I’d fail.

What if the job hunt didn’t work out at all? What if I turned out to absolutely hate the new town I was going to land in? And what if I left Christianity and “God” punished me? Those sorts of fears simply froze me long ago. Fear of failure starts looking more scary than the change itself.

I didn’t have a lot of self-confidence, either, which made me even more reluctant to consider making changes. Imagine that! A religion tells its young people that they are worthless, that they can’t do a single thing that is good on their own, that they need Designated Adults to manage their lives for them, and that they’ll be punished for noncompliance. Then those young people freeze like deer in headlights at the idea of taking risks.

Isn’t it just the weirdest thing?

It felt like an admission of failure to leave the old situation.

I always felt like there was something I’d missed, something I might have tried, something that might have fixed the old situation and made everything if not perfect then at least way more acceptable. A big part of why it took me forever to start over is because I had to be really sure that I’d done everything I could to fix the old situation. I ended up pouring myself body and soul into whatever the problem was, bashing my brains out against a brick wall trying to fix it.

The Selfish Elephant In the Room.

It felt selfish to do something really big or different just for myself.

“Selfish” is probably the worst accusation anybody can ever lob at a Christian–especially a Christian woman. That’s why it’s used as a weapon so often. If there were a word that cowed Christians more, you can bet they’d be using that instead. Thanks to religious indoctrination, I battled a real self-sacrificing, self-negating streak.

For me, that went triple. I was trained to dislike the idea of disappointing anybody, especially people I thought had authority over me, and those authority figures took advantage of that training to try to keep me in situations that weren’t good for me and to discourage me from making changes.

But they didn’t need to go to all that trouble. I was doing that just fine all by myself. Eventually, I reclaimed the word selfish for myself. I stopped caring what toxic and controlling people thought of me.

In small steps at first, I overcame all that programming–fitfully, incompletely, and haltingly. But with practice, I got better all the time at it.

Like any skill, the more you do it, the better you get at it. And that’s a good thing, too! Changes come our way all the time. I began with fairly small changes–new clothes, perhaps, or new routines like joining a gym. Small changes led to larger ones.

I rolled with the bad decisions I made (and boy howdy were there a lot of those). Those, too, led me further ahead. I learned why they had been bad decisions–and how I could improve my decision-making processes next time.

Gradually, I got much better at breaking free of my mental tracks.

The Pot Must Be Stirred.

And the pot will be stirred–whether we like it or not.

When I was about thirty, I really didn’t have any big plans or anything. My mother developed cancer and I immediately began helping her, which jarred me out of my own headspace and into realizing that I had somehow let my life become very dysfunctional. I’d developed a number of health issues that I’d failed to address and had somehow acquired a number of phobias and neuroses that were making it difficult for me to engage with society and make progress in my personal or professional life. I was in a romantic relationship that probably should have ended a while ago, and living in a city I didn’t even like.

Most of this stuff came about because I just coasted through life. That’s largely how I’d lived ever since deconverting some five or ten years previously.

After my mom died, I had a lot to sort out. She did her level best by her kids, and I’m thankful for having had her as a mother. That said, she’d received much the same indoctrination that I got. Despite her best efforts, by my teens I’d internalized a lot of the same fears she’d suffered.

That internalization made me very easy prey for extremist flavors of Christianity–and their salespeople’s false promises of certainty, black-and-white answers, and rigid structures that would lead, as the night the day, to happiness, security, and solid relationships.

A Shock of Grief.

All those fears and worries I’d had just evaporated in the shock and grief I felt after my mother’s death. Much like a certain football team did back in 2015, I decided to try something really different and take my chances. At that point, playing it safe suddenly seemed like it’d do nothing but keep me exactly where I was. Suddenly, that outcome felt completely unacceptable.

I began actively making changes that I hoped would bring me peace, happiness, independence, and clarity. I didn’t want to just exist, but to live.

That process was not an easy one. “How come it never goes smooth?” I have asked, along with Captain Tightpants, more than a few times in my life.

But I had to start somewhere:

NEXT UP: If my internet’s back up, we’re tackling that movie review! If not, we’ll work something else out. See you Saturday, one way or the other! Thanks for your patience! <3

(This post has been edited from its original appearance in Ex-Communications on January 19, 2015.) 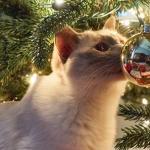 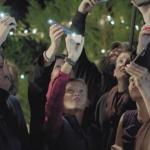 December 30, 2018 Let There Be Light: Tell Us How You Really Feel, Culture Warriors
Recent Comments
0 | Leave a Comment
Browse Our Archives
get the latest from
Roll to Disbelieve
Sign up for our newsletter
POPULAR AT PATHEOS Nonreligious
1 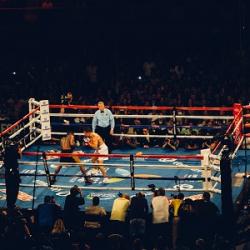 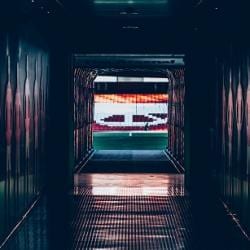 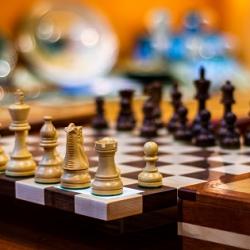