Achieving a Happy Family, Sort Of, in Christianity’s Cult of Family

Hi! We’ve been talking lately about authoritarian Christians. Since Christianity’s numbers began plummeting years ago, these Christians have slightly shifted their marketing tactics. Now they’re pushing hard on the idea that their ideology reliably produces happy families. Like all marketing hype, though, this promise is largely imaginary, and fails far more often than it succeeds at its goal. Here is how these Christians tell their flocks how to achieve happy families–sort of.

When a Family Isn’t Just a Family.

A lot of Christians think that their lives form a type and shadow of the supernatural world. Types and shadows is a Christianese phrase. It means that stuff found in the New Testament echoes stuff in the Old. By the same token, stuff mentioned in the Old Testament exists as a metaphorical forerunning of stuff in the New. The more authoritarian and extremist the Christian, the more they dig types and shadows, even if they call it something slightly different or don’t know that phrase at all. The notion settles them on safer-feeling ground, mentally speaking.

In this case, these Christians imagine that their families echo the way the supernatural world works, in a sort of pale imitation of it.

Also, the Christians who get into the Cult of Family refuse to see the formation of family as an essentially personal choice, much less a personal choice made in a bid for earthly happiness. Instead, they pretend that they only married their spouses because their god flat-out commanded them to do so. And they only had children because their god willed it so and magically united eggs and sperm to make each child happen.

These Christians live as bystanders in the movies of their own lives, going by the way they talk about it.

The Purpose of Family.

These Christians envision the purpose of family in similar fashion. In real life, people marry for love and compatibility. They create children either through accident or design. Then, they raise those children with the ultimate purpose of launching those children into adulthood as functional, well-equipped adults ready to contribute to society. In Christianity, that’s more or less what they do as well. But these Christians saddle themselves with the vision of the family’s purpose as an expression of the supernatural.

United Church of God (UCG) informs us: “the ultimate purpose for the family on earth is to provide a great spiritual, divine family for God forever. This is why the physical family is so vitally important to God and to us.”

That’s largely how these Christian hucksters see the matter as well. (UCG adds in the idea of producing children to populate Heaven.) Sometimes they’ll phrase it as the family is meant to be an outward sign to unwashed heathens of the Christian god’s love for everyone, sort of like a Jesus Aura evangelism tactic. Very rarely will we find a Christian invested in the Cult of Family who doesn’t see marriage and family in supernatural terms.

A Quick Aside: Single Christians.

What I describe here explains why so many single Christians complain about being seen as eternal teenagers by their church groups. Because they see marriage as a step into adulthood and the creation of family as an extension of their god’s will, these groups can’t engage well with single people.

Everything these church groups do happens with an eye toward getting those single folks married off–or else sidelining or even ignoring them.

The Cult of Family, like any cult does, needs complete and total lock-step cooperation. Singletons don’t fit into their paradigm. It gets a lot worse, I notice, if the singleton is that way through lack of opportunity rather than choice. The cultists despise an undesirable virgin. Those don’t fit into their worldview at all.

So: Having armed ourselves with knowledge of the absolute necessity of family in the worldview of the Cult of Family, we ask: How does one acquire a happy, harmonious family?

First, Be A TRUE CHRISTIAN™.

Without question, each and every Christian site I consulted insisted that without being a TRUE CHRISTIAN™, all other efforts automatically fail. Many religious leaders state this rule unequivocally.

The Choice-Driven Life: “Each family member has a relationship with Jesus Christ.”

One Place‘s “Love Worth Finding“: “You need a divine plan and a divine Builder to construct a happy, fruitful, and prosperous Christian home. That Builder and that plan are Christ and His Word.”

Holy Spirit Revolution: “One Supreme Command: Allow God to be God in your life and family.” (The writer there presumes to speak for this god, who in this headcanon insists (emphases theirs): “Marriage or family won’t work if people don’t follow this order and guidelines.“)

Later on, we’ll get into how we can test this advice. For now, I only present it.

A long time ago, I noticed that a lot of Christian advice about a lot of stuff boiled down to drilling down extra-hard on Christianity itself. And that frustrated me! I couldn’t figure out how this advice related to the real world.

Eventually, I figured out that they meant a trifecta of doctrinal correctness, rigorous observance of rituals, and a high level of personal fervor. (Not, of course, that these Christians ever spelled it out like that!)

The problem, of course, is that not only can all three of these things be maddeningly vague, but also maddeningly subjective. Not one single doctrine in Christianity can be counted as monolithic. Not one. Ever. And what one Christian considers fervent  and rigorous, another considers it nowhere near enough.

But in Christianity, these dealbreaking problems actually count as pluses, not minuses.

If someone succeeds in creating a happy family life, then that is good, of course. That is laudable. And the Christians thus succeeding give all the credit to the system itself. Their leaders parade around these folks’ success at every possible opportunity. This success represents a living sign of the system’s viability, of the marketing hype’s unfolding. That success dazzles the eyes of all looking upon it, encouraging them to buy into the hype.

But many people–Christian or not, but especially not–fail in this endeavor. Christians blame them all completely for not Jesus-ing hard enough. They did something wrong. Either they believed the wrong doctrines or failed to put them into action fervently and rigorously enough. The system is perfect, so any shortfall must occur on the part of the person living the system.

The designers of this system made it to be unwinnable, and its biggest fans seem to prefer it that way.

We can very easily test these two steps.

First of all, do any non-Christians have happy, harmonious family lives and marriages?

And second of all, do any TRUE CHRISTIANS™ have miserable and dysfunctional family lives and marriages?

But Christians would say, overwhelmingly, absolutely not to both of these questions. Thom Rainer took as read, as we saw last time, that TRUE CHRISTIANS™ had such happy families and marriages that non-Christians noticed the glaring difference in quality between their own families and those of Christians. He even claimed that he often heard from non-Christians that they had noticed this difference. He even fantasized that heathens wanted to ask for advice about emulating Christians’ success!

Or, at least, that’s what he claimed to take as read.

What’s way more possible is that he heard plenty of his fellow Christians, at all levels of his denomination, complaining about their families. Then he forgot about it through antiprocess. Or else he found ways to rationalize those failures away through assuming the people involved, especially the men, hadn’t Jesus-ed hard enough.

I’m guessing that is what happens in most cases when reality cuts too close to the Cult of Family.

The (Sad, Hilarious) Hand-Waving That Ensues.

Generally speaking, when Christian leaders engage with their followers’ bad home lives and unhappy families, they stick to tried-and-true tropes. In other words, they blame their followers for not Jesus-ing hard enough.

Bible.org: They blame unhappy families on Christians’ inability to “think biblically.” By that they mean that men are not TRUE MEN™, that women do not submit to their husbands well or often enough, and that the parents of the family are not “following God’s plan for the family.”

Focus on the Family: “The best thing you can ever do for yourself — and for your marriage — is to develop your personal connection to God through an active faith. Allow God to be the source of your happiness.”

Most of the sites I reviewed assumed that super-dysfunctional families weren’t Christian at all. They offered advice that didn’t touch on the family’s shared religion in the slightest. The strikingly-young writer for blog.Bible took that tack. He offered advice to those suffering from unpleasant family dynamics. All of it seems to assume that the rest of the family isn’t Christian at all!

It’s almost funny to see how the Cult of Family’s leaders engage with the many dysfunctional families in their midst. That engagement reveals exactly how piss-poor the ideology is at dealing with real-world problems. In its way, then, it reveals how piss-poor Christianity in general is at dealing with life at all. It only handles idealized, simplified problems–because it offers non-solutions along the exact same lines.

NEXT UP: Yes, yes, but what does this Christian advice look like? We wonder as we wander about the curious lack of real-world instructions that exist in authoritarian Christianity. You’d think it’d be easy for super-task-oriented people to come up with specific steps to follow in order to reach a very well-outlined goal. But you’d be wrong, and here we are. See you soon! 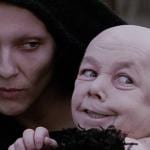 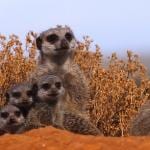 February 28, 2019 Leaving Nothing to Chance in the Cult of Family
Recent Comments
0 | Leave a Comment
Browse Our Archives
Related posts from Roll to Disbelieve