If Only He Knew: The Target Audience Within Complementarianism

Hi, y’all! Last time we met up, we took our first look together at a terrible Christian marriage-advice book, If Only He Knew. Though he kept these facts on the down-low, Gary Smalley himself bought into Christian complementarianism. Because he wrote from that perspective, his evangelical tribe didn’t even care that he lacked any qualifications for counseling married couples. Today, I’ll show you why that perspective matters more than qualifications to Gary Smalley’s target audience–and why that audience would turn to poor-quality advice like his for help.

Gary Smalley, as mentioned, believed in complementarianism. To be brief, that’s an ultra-authoritarian, right-wing, mostly evangelical belief. Christians who buy into it believe that their god made men and women separate but equal. And Jesus Power makes that philosophy workable instead of a transparent attempt to keep an entire demographic subjugated and powerless.

But Smalley doesn’t aim his book at all complementarian men.

No, he seeks out:

The hilarious part is that this group might sound very particular and niche. But it really isn’t! A lot of fish swim in this right-wing Christian barrel. See, complementarian men come in a few different flavors and degrees of extremism. On their wedding day, we can divide them into two broad groups.

One small group of complementarian men feels exceedingly uncomfortable with the power they know their leaders will grant them after they speak their wedding vows.

The other, larger group feels downright giddy about gaining that power.

HE’S GOT THE POWAH!

And that second group is the one that will pick up, read, and possibly put into action this marriage-advice book. In fact, they’ll need advice and relationship help.

That first group of men, the ones who feel uncomfortable with unilateral male supremacy, likely want a wife who is a fully-engaged, completely-cooperative partner, not a wife who functions more like the complementarian ideal: a Stepford wife who is a sex doll, housemaid, broodmare, nanny, cook, and surrogate mommy–a ship’s second mate, a Vice President, but never an equal. Instead, these men and their wives rewrite a lot of their culture’s marriage rules (tacitly or not) in the hopes that their marriage will stand half a chance of being happy and lasting.

By stark contrast, the second group will experience catastrophic problems in their marriages–likely, as mine did, starting right after (or perhaps even well before) the wedding reception. Unfortunately, complementarian ideology will not help resolve any of those problems.

Ultimately, Christian leaders didn’t design complementarianism to help people conduct happy, harmonious, long-lasting relationships. No, they designed complementarianism from the ground up, from top to bottom, to grant fantastic power to certain people (particularly themselves)–and then to help those holding that power protect and grow it at everyone else’s expense.

(We’ll talk more about how it got to this level of acceptance–and how it stays there through a sort of religious Calvinball–later on.)

This system literally only works for those lacking power if the men involved use their power wisely and graciously just because that’s how they want to use it. If those men simply want to treat others well and use their powers only for good, well then great! Everything runs smoothly.

However, if these men decide they don’t wanna do that, only other powerful men in their culture can stop them–and they will only rarely take such a step.

The powerful people within any broken system like this one will always care more about protecting their own power than about helping anybody who needs it (or even about fulfilling their group’s officially-stated goals!). They will resist bitterly and to the very end any attempt to impose real accountability on themselves. Thus, the people facing abuse have no recourse–and no help coming from the other men in a complementarian system.

(Sure, these Christians often think they know exactly why their group sprouts so many scandals. Obviously, Satan causes their troubles, or else an unwashed, hellbound culture just hates TRUE CHRISTIANS™ like them for their Jesus Auras. For now, I’ll just say that hand-waving doesn’t erase the fact that they themselves still represent the best argument we could ask to have against the adoption of their ideology.)

Even worse, Christians tend to believe whatever their tribemates and leaders tell them. It’s incredibly easy to trick them into believing that someone’s relationship is running fantastically, when the people involved are actually completely miserable and wobbling right on the precipice of divorce.

The Promises He Makes.

On the back cover of this book, we find a list of promises Gary Smalley makes to men who put into motion his various suggestions:

So you want your wife to…

This list only concerns what its target audience wants from marriage.

Smalley crafted a direct appeal here to the immature men of complementarian culture. These men enter marriage not to create lifelong partnerships with another person, but rather to enjoy the perks they see coming to married men in their group.

(Oh, and by “perks” I mainly mean “copious amounts of nookie.” There’s a damned good reason why these Christians unfailingly assume that their tribemates deconvert to enjoy unapproved sex without guilt. That’s the complementarian man’s dream right there. But I’m getting seriously ahead of myself again. Soon, soon.)

Gary Smalley preys on that selfishness and greed in his target audience. He promises them on his book’s back cover that he’ll show them “how to meet [their wives’ deepest] needs,” which will in turn motivate these women to provide the benefits their complementarian husbands want from them.

This list of promises reveals a lot more than Gary Smalley would likely want us to know.

Like sure, men and women both would likely love to have a relationship with someone who understands them, appreciates them, wants to get busy with them, supports them emotionally, shares their interests, and can engage with them.

However, it’s hard to see the word admire as #relationshipgoalz or something here. It sounds a lot more like hero-worship. Moreover, “listen to what you have to say” describes a fully one-sided interaction.

Those two promises sound like Smalley sees his audience as men who yearn for partners who hang on their every word and applaud every opinion they express–like the way that mansplainers wish women would react to their unnecessary, unwanted holding-forth.

And folks, that step takes us firmly into toxic masculinity country. There, men grow up without developing emotionally and learn to pursue a stereotypical (and psychologically harmful) version of masculinity that destroys their ability to relate–to all sexes, and perhaps most of all to themselves.

Now, Gary Smalley isn’t proposing any serious challenges to anything these men already believe or do. He never questions their working paradigms. In fact, he fully supports the entire structure of complementarian belief. Also in fact, he wholeheartedly endorses all of its platforms. Heck, he probably helped develop some of them, given that he worked for Bill Gothard in those early days of that pervert’s ascendancy. He believes so much in complementarianism as a marriage design that he protected Bill Gothard from accusations of abuse.

Think about that, and then wonder what kind of guy does that and then writes a marriage manual. If it doesn’t begin with “Oh my god, I am so sorry, y’all, I was so totally wrong,” then he can kiss my pale and shiny heinie.

Woe is me! My unfortunately-pallid tuckus remains very mysteriously un-kissed by him!

No, instead, this guy tells complementarian men that their beloved system is perfect. If they simply tweak a few things they’re doing, they’ll get all the rewards they ache to have!

Of course, complementarianism promised them they didn’t need to do anything at all to get those rewards. They could just show up to the party, beat their chests, show their man-cards, and get their wristbands. Once they were inside the venue, they would receive all the rewards. They got those rewards simply because they were men who’d managed to sweet-talk someone into marrying them.

Indeed, they had joined this system in the first place because it provided to them everything that comes to people who work hard to grow emotionally and develop relationship skills, just without them performing any of that work.

The men who reject complementarianism–our first group of grooms, from above–wouldn’t value the rewards Gary Smalley offers. They know that ideology is nothing but Jesus-flavored male supremacy, one that results in a very one-sided, shallow, unfair, and inauthentic relationship. They know that if they cultivate a loving, mutual relationship, what flows from it will make both parties happy over the long haul.

Well, here that second group stands, man-cards in hand, wristbands on wrists, and ugh, would you look at that? Someone’s pissed all over the party pool-toys they expected would be theirs exclusively and by default.

So really, Smalley’s offering men a way to run some damage control. When a relationship run according this system inevitably blows up because real people can’t operate under systemic injustice forever, his book outlines some stuff men can do that will, the huckster promises them, bring their victims back to heel.

And because so many Christians trust their salespeople to be strictly honest about the products they sell, Gary Smalley’s customers assume that he can actually fulfill all of his promises. At the very least, they can trust him not to tell them to make any big scary changes.

NEXT UP: On Thursday, we look at the abusers Gary Smalley protects and condones, and the victims he tramples. See you then! 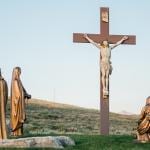 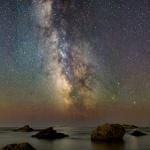