Hide Your Kids, Hide Your Pets: MLMs On the Prowl

Hi and welcome! Last time we met up, I showed you some of the news lately from the world of multi-level marketing schemes (MLMs). I wondered at the time if maybe MLMs are finally dwindling in popularity. Today, I’ll show you why that would be a particular relief. As public understanding of and backlash against MLMs grows, the people caught up in these schemes get more and more desperate to succeed in them. These examples demonstrate that lately, no low is too low for a desperate hun.

(Remember, a “hun” is someone who sells MLM products and tries to recruit other sellers. Anybody huns recruit (and anybody their recruits then recruit) becomes their “downline.” The hun who signed them up (and the huns who signed those recruiters up, all the way up) becomes, in turn, their “upline.” Huns are called huns because they often say “Hey hun!” and the like. Sometimes people call them “hunbots” because they use a lot of copy-paste from their upline, which makes them seem robotic at times.)

MLMs are really sketchy. The people who start them know that this business model attracts people who are by turns greedy, desperate, or ignorant. To recruit their many victims, MLMs’ founders use the same come-ons that mark so much of Christianity. No wonder they do, either. The people who stand in the most danger of buying into Christian evangelism won’t even notice anything weird when a hunbot tries to reel them into the net.

It’s also why we see MLM sellers, or huns, trying to capitalize on people’s greatest tragedies and heartbreaks in the most crass, opportunistic, and grotesque ways. Below, for example, a hun shills her CBD oil as a cure for PTSD by piggybacking off of Memorial Day.

Certain demographics appeal more than others to MLM recruiters, of course. They swoop down on people who are in dire straits (like a Mary Kay hun who went after a woman who’d just gotten out of an abusive relationship). Really, folks like these smell like prey to MLM huns seeking new downlines:

The more of those demographics someone fits into, the bigger a target they are for exploitation.

Unfortunately, bad situations only seem to get worse and worse in the World of MLMs.

“Even At the Hospital.”

One Redditor found a hun at the hospital. She was preying on people anxiously waiting for news of their loved ones in treatment. That’s not new, however. Back in the 1990s while I was in Canada, my boyfriend at the time ended up in the hospital. For a week, his situation remained touch-and-go, so you can imagine my stress levels. One day toward the end of that week, while I waited to see him, a total stranger tried to shill at me in the waiting room! I declined, but later on while I was wheeling my boyfriend into the courtyard for some fresh air, the same guy came up to me, asked if he could speak privately to me, and tried to shill at me again!

Desperate people have no chill and no sense of propriety; that’s just the truth of the matter.

For a while now, we’ve heard rumblings of MLMs intentionally targeting people with chronic illnesses. Here’s a recruitment pitch put out by a hun shilling Lilla Rose (they make baubles for long hair):

For those who suffer with a chronic illness or are disabled and can’t work, your situation may feel dire. If you are too sick or injured to move from your bed, how can you make a living? Throughout the entire history of humanity on Earth, you couldn’t…until now. . . No energy? No problem.

A month ago, I noticed a post-natal depression group on Facebook complaining about huns trying to score sales there. Around the same time, a Doterra hun tried slinging essential oils at a woman who was about to enter hospice care with cancer.

Outlandish health claims are the norm for huns anyway, but it feels like there’s a targeted directness to this new push to find prey. Huns seem to be trying harder than ever to infiltrate support groups for the chronically ill–and to prey upon people with various disabilities.

Leave the Kids Out of It.

Then, we have the huns who prey on children–their own or anybody else’s they can get their talons on.

Most MLMs require their sellers to make regular and large purchases of their products to maintain eligibility for commission. If the huns can manage that through only retail sales to customers, then fine. But most of them can’t achieve their eligibility targets that way. If they falter in retail sales, they end up buying it for themselves. (Of course, their upline huns get a cut of all the sales they make!) These purchases are called garage qualification. Afterward, they either use it or let it rot in storage. Thus, they have to get creative if they don’t want to simply waste it.

So we find shocking posts online about huns proudly feeding energy drinks and Arbonne protein shakes to their toddlers. Other huns apply essential oils (EOs)to their kids’ skin, or drop them into their ears or mouths. (See postscript for a PSA about EOs.) Or they put their awful makeup on their toddlers. Savvy huns advertise a new trend, CBD oil, as a cure for autism these days.

The huns using their babies and young children to help them sell sub-par marital aids frost me pretty bad, too. That just can’t be okay in any way. (The person posting that second link called Child Protective Services on that hun. GOOD.)

Of course, when kids get old enough, their hun parents might simply force them to sign up as downline.

This part riles me the most. Yes, huns use their MLM snake oil on and around innocent, helpless housepets. And then those housepets get sick and die.

Huns seem to prefer essential oils for this kind of abuse. Remember that bleach drink that “autism mommies” sometimes force their autistic kids to drink? EO abuse operates much like that. Animals can’t talk to reveal the pain EOs cause them, and often try to hide sickness and injury anyway. An owner might not realize that the oils are hurting their pet till it keels over.

Other MLM products affect animals, of course. Huns and their customers might not even realize how dangerous they can be: candles, sprays, diffusers, and wax melters. (See endnote about how I almost made a big mistake.)

But when a hun needs a sale, or to use up inventory purchased, nothing is off-limits.

For me to receive that level of income, thousands would have to lose their investment. The money would have to come from somewhere.

Whenever I hear about a hun doing something reprehensible, I always think exactly the same thing:

I haven’t been wrong very often, either, in that guess. Indeed, MLMs and Christianity enjoy a near-total overlap on our Venn diagram of the two groups. In the above quoted paper from Jon Taylor, we also learn that this anti-MLM educator and researcher’s (and ex-bro-hun’s) background is profoundly Christian–he even taught religion at one point and has strong connections to Brigham Young University (a very Mormon place). Similarly, the author of Merchants of Deception frequently refers to his strong Christian faith and cites it as one reason he found himself drawn to the pretentiously-Christian Amway.

For some reason, Jesus isn’t telling his followers to avoid MLMs. He isn’t telling them, either, that it’s morally wrong to try to make a living by conning people out of their money before bankrupting them. Nor is he holding them back from abusing vulnerable people just to score a sale, or deceiving others about their income, or warning them that they’re about to kill their pets or harm their children.

Good heavens, y’all! This god appears to be completely useless when it comes to anything that matters!

NEXT UP: Speaking of which, let’s look next at one of the weirdest episodes in Southern Baptist history: that time they issued a “Million Baptism Challenge!” As they continue to try to fix their tanking baptism numbers, we look back at how they proposed to raise those numbers years ago–and how that campaign went. Later next week, look for a takedown of positive-thinking woo like “the Secret.” See you soon!

About the lady featured in that link: I found her insta. You might be pleased to know that not long after taking that photo, she appears to have dropped her MLM involvement. A couple of months after that photo, she just stopped talking about it. No white Mercedes, but she gained back her dignity and self-respect–and now, she really is a self-sufficient small business owner! Best wishes to her and her delightful little girl. (Back to the post!)

That time I almost gassed my cats: Years ago, someone gave me a little bottle of household room freshener that contained lavender essential oil. A year or so later, I found out that lavender EO is one of the really dangerous ones for cats. Thank goodness I didn’t use it often. A nanosecond after finding that out, I immediately threw it away! (Back to the post!)

If you like what you see, I gratefully welcome your support. Please consider becoming one of my monthly patrons via Patreon with Roll to Disbelieve for as little as $1/month! My PayPal is captain_cassidy@yahoo.com (that’s an underscore in there) for one-time tips. You can also support this blog through my Amazon Affiliate link–and, of course, by liking and sharing my posts on social media! Thank you for anything you wish to do. <3

Postscript: In case anybody needs this: Do not EVER ingest essential oils (EOs), eat them in food or drink, put them directly on your skin, OR, FOR THE LOVE OF SMALL ORANGE KITTENS, ALLOW THEM INTO ANY OF YOUR BODILY ORIFICES, no matter what an MLM hunbot tells you. Don’t diffuse or spray EOs or melt scented wax in a home containing small children or animals–without checking with your pediatrician/veterinarian. Especially beware of lavender and tea tree essential oils; they can be quite toxic to animals. Don’t take supplements without checking with your doctor or pharmacist first. (Back to post!) 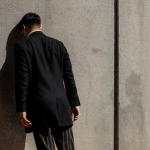 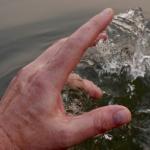