Hi and welcome back to our chat series! I couldn’t help myself — I had to share this with you. Last week, we discussed Jim Bakker’s attempt to con people with a miracle snake oil to cure coronavirus. After facing serious pushback by the authorities, he’s back with a new snake oil offer!

Daddy’s Back With A Brand New Grift.

Recently, Jim Bakker got in a lot of trouble over his “Silver Sol” product. He claimed it could cure coronavirus. And a whole bunch of people got mad at him for it. After the New York Attorney General sent him a cease-and-desist letter and the Missouri Attorney General sued him, he stopped making those claims. We talked about it recently.

But dude just couldn’t keep his, uh, thumb out of the coronavirus-profiteering pie.

You can find his current sleazy scam over at Right Wing Watch. They also posted it on their Twitter account:

Jim Bakker is now selling "medicinal seed" bundles from which you can grow plants to "make your own medicine." pic.twitter.com/nAWC5rh2Az

None of these people talk very clearly and they constantly talk over each other, so this might not be 100% accurate, but it’s as close as I could get.

Jim Bakker (JB): We have the healthy seeds…

Guy in Scrubs Who’s Probably Not a Real Doctor (GSWPNRD): Right here you have, you have borage in there, as well as cayenne, echinacea, hyssop, lovage, calendula, fenugreek, lemon balm, and yarrow. Fenugreek’s great for your liver, for diabetes, or for high blood sugar, things like that…

[Everyone onstage descends into babbled crosstalk.]

JB: So that, this is “make your own medicine!” From plants!

GSWPNRD: Those are medicinal herbs!

LB: But they are…

Then the show cuts to a shot of two buckets alongside two large envelopes. They labeled one bucket “medicinal seeds” and the other “seeds to grow and store.” The envelopes contain dill and basil seeds.

Jim Bakker’s official site offers this product in their store. It’s a basic prepper package for people who’ve probably never farmed in their whole lives. By the way, you’ll find no parsley in either bucket-o-seeds. Nor sage.

Buyers receive 5g of each type of seed in the bucket, which as you can guess results in wildly disparate numbers of actual seeds in each packet. I hope fundagelical preppers know how to save seeds!

Bakker’s site promises that these are “some of the most common and powerful medicinal herbs that can be readily grown from seed.”

I was rambling to Mr. Captain about Bakker’s new scam. (He’s a wonderful listener.) Suddenly animated, he asked:

“How much is he selling this for?”

I thought it was the cost that got him.

He looked over the product page. He grew increasingly agitated as he spoke:

“First thing I need to make clear. Mixed seeds in a bucket in their little packets — what guarantees do you have of their viability? I could get you a million boxes of seeds for 99 cents, because seeds expire. They expire in poor temperature, poor treatment, poor storage. Most of the seeds on that list have different needs for storage. You wouldn’t put them all together in a f***in bucket in their f***in baggies. One afternoon on a hot truck, and they’re all dead. There’s no promise these are viable, either. They might be expired or kept too long. Oh, they all keep ten years? No way.

“You couldn’t even grow most of that list in the same garden in the same state. Any semi-experienced home gardener knows that. ”

“Nobody sensible would ever buy these seeds. This is the most inconceivably stupid product I can imagine for someone who wants to prepare for disaster. They need to do what farmers do and find reputable local seed sellers and learn what each one needs. Farmers know that where you get your seed matters just as much as dirt, holes, and water. It’s that fundamental.”

By the way, he’s still over there periodically grumbling about Bakker’s “wretched dishonesty” and comparing this entire product to “Victorian bust enhancer cream.”

Are They Medically Useful Though?

Bakker knows his audience, I’ll give him that. The problems GSWPNRD mentioned all happen a lot more often to overweight people. And well, Jim Bakker’s target audience is definitely not, as a rule, composed of slender people. (I myself went from willowy to pregnancy-questions fat after converting to Pentecostalism.)

GSWPNRD’s claims about fenugreek intrigued me, so I checked ’em out first.

All in all, GSWPNRD’s claims about fenugreek illustrate a problem that permeates the self-help industry: a little information poorly understood can cause a lot of damage. I love looking at scientific peer-reviewed studies, but I’m under no illusions about my skills at interpreting them. So I depend on trustworthy sources to interpret what I’ve found.

If I’d only looked up those various books and papers, I might think Oh wow, fenugreek might be an actual effective treatment for diabetes and hypertension, and it’s been hiding all this time in garam masala!

Thankfully, the NIH rescued me from misinterpreting what I’d read.

Here’s the complete list of herbs on the product page and how many of each you get, approximately. (GSWPNRD missed one out.)

Bakker seems to know better than to state that his prepper buckets-o-seeds can cure coronavirus. Instead, he claims that someone can use these seeds to “make your own medicine.”

None of these plants are actual medicine. And many of them have unique requirements concerning how much sunshine they need, or what kind of food they require, and what sort of soil they do best with. Some are really hard to grow for amateurs. So this product won’t help preppers at all in the real world.

It’s beyond irresponsible that Jim Bakker’s selling this product as medicine. I wish fundagelicals could somehow hold leaders like him accountable for misleading them.

But if they could, my country wouldn’t be in half the trouble it’s in right now. And neither would fundagelicals themselves.

NEXT UP: The science of The Secret, such as it is. See you tomorrow!

This is a Chat Post to catch Disqus overflow. Consider this an Off-Topic Wonderland! 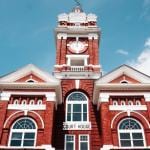 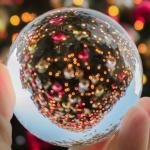 March 21, 2020 The False Claims of 'The Secret'
Recent Comments
0 | Leave a Comment
Browse Our Archives
get the latest from
Roll to Disbelieve
Sign up for our newsletter
POPULAR AT PATHEOS Nonreligious
1 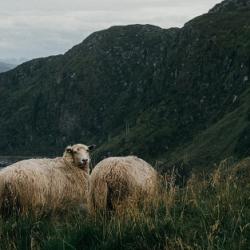 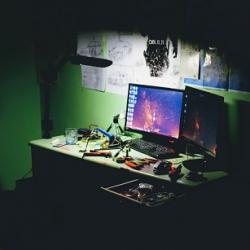 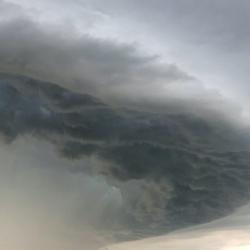