Welcome back to our off-topic Monday chat series, Lord Snow Presides! We return now to our regular longform review of Frank Peretti’s 1986 novel and trial by ordeal, This Present Darkness (TPD). In this installment, we discover yet more evangelical weaknesses that have somehow been projected onto their worst enemies. Today, Lord Snow Presides over a town overtaken by the forces of evil — and a real-estate scam that is anything but supernatural in nature!

(Please click here to find the master list of previous This Present Darkness discussions. Also, any page numbers cited come from the 2003 paperback edition of the book. All quoted material — in block quotes or in the post itself — come from actual sources.)

Chapter 20 represents another cross-the-Ts-and-dot-the-Is slog. Luckily, it isn’t too long, but it exposition-dumps a lot of information that Frank Peretti needed us to know (and couldn’t convey in a more proficient manner). And, as usual, this chapter exposes how little he understands about journalism and human beings in general. It does even more than that, though. It also exposes another instance of fundagelical projection, as we’ll see.

First, Marshall Hogan meets up with Ted Harmel, the former owner/editor of the Ashton Clarion. When Marshall tried to talk to him earlier, Ted acted quite cagey. But now suddenly he calls Marshall up for a meeting. They meet in a very secluded outdoor location. There, Ted talks about his innocence and tells Marshall all about why he really thinks he got run out of town.

Ted also reveals a little more information about the Cabal of Satanic Wiccans (or Wiccan Satanists, Whatevs) (CSWWSW). He hints about the involvement of “beings” and “entities.” Ending with another dire warning, he hands Marshall the secret, purloined accounting ledgers of the local college.

Meanwhile, Bernice Krueger fails to gain access to local real-estate companies’ private customer and sales databases. She’s trying to figure out what properties Alexander Kaseph might be buying up in town. But gosh darn it, all the real-estate companies run her off and stymie her!

Frank Peretti paints their obstinacy as nefarious because he totally doesn’t know what a Land Records office is or what a property search involves. His star reporter could find that information legally just by dropping by her county courthouse or assessor’s office and filling out a few forms. You’d think that a local-area reporter would know all about this stuff already.

Before the novel began, Ted got run out of town on charges of child molestation. In today’s meeting, Ted brings up those charges without Marshall even mentioning them (p. 189):

“As far as the molesting of Marla Jarred, Adam Jarred’s girl — that was a bizarre set-up. I don’t know who coached her, or how, but somebody got that girl to say all the right words to the police. I do find it significant that the whole matter was settled so quietly. What I was supposed to have done is a felony; you don’t just settle a thing like that quietly.”

In response, our boy Marshall, the ex-New York Times ace reporter, asks no questions whatsoever and expresses no doubt in Ted’s tale of woe.

It’s really grotesque to see two privileged men in a novel written by a man commiserating together about how sad it is that a fellow privileged man’s career could be ended by a totally-for-sure-false accusation of child sexual abuse.

But it’s not heathens talking like this in real life.

And it’s not heathens in real life who use their religion to keep abuse allegations out of the public eye.

Jim-Bob Duggar kept his son’s molestations out of the public eye for years. The Catholic Church concealed thousands of child rapists for generations. Really, a well-indoctrinated local constabulary functions as a religious monster’s very best friends.

The Big Plot To Take Over Ashton!

Slowly, Ted reveals that he’d been deeply involved in investigating a big story. He’d discovered the Cabal, though he doesn’t quite know that that’s what it is. Identifying Juleen Langstrat “and all the others” as “a secret society, a whole network of people,” he informs Marshall of their goal. Sort of.

Remember, these two guys are supposed to be big-time newspaper reporters and editors. Maybe Ted lacks Marshall’s education and training, but both of them are supposed to be investigators who seek out news that the public deserves to know. They function as the watchdogs of democracy, and they’re trained to seek out holes in narratives and fill them with the truth.

Those facts really make Ted’s story all the more laughable.

See, he goes on and on and on about Juleen Langstrat’s New Age cult. She totally can do real live ESP! Seriously! She reads minds! ZOMG! And her little cult wants to expand to take control of literally everybody in Ashton — with the power of the occult!

(We’ll cover a similar real-world cult land-grab scheme in the next LSP. For now, I want to concentrate on the Cabal’s attempt.)

But Ted Harmel doesn’t know about any of that. He asks Marshall if he’s “religious.” When Marshall replies, “In a limited sense, I suppose,” Ted goes off on him (p. 191):

“Well you’re going to need something to fight it. It’s spiritual, Hogan. It doesn’t listen to reason, or to the law, or to any morals but its own. They don’t believe in any God–they are God.”

This monologue reminded me of the 1984 Terminator movie, which I’m sure Frank Peretti knew about when he wrote those lines:

“It can’t be reasoned with, it doesn’t feel pity, or remorse, or fear, and it absolutely will not stop until you are dead.” Hmm… Killing machine from the future? Or Donald Trump, 2020? #CheapAndTrueShots

But gosh, what something can these mere mortals possibly use to fight off Ascended Masters and psychic cultists?

Ted Harmel tried to fight the Cabal, and the Cabal decided to take him out before he could hurt them. They did so with false accusations of molestation. Ted still wants to fight them, but he knows he can’t do it himself. And weirdly, he doesn’t even know about Jesus as the ultimate spiritual-warfare wingman!

It’s a very weird oversight on Frank Peretti’s part. There is no way, no how that a New Age aficionado wouldn’t know about Christian mythology, especially one raised in a small town that logically would have been dominated by Christianity.

So yes, New Agers knew by at least the 1980s about Christian mythology. In fact, they drew upon it for their own fighty metaphors and imagery.

As an afterthought, Ted hands Marshall the accounting ledgers from Ashton College. If you remember Eldon Strachan, he got an accountant friend, Ernie Johnson apparently, to obtain and look through those books. However, the Cabal murdered that accountant. (Who could have guessed that accountancy could be that exciting?)

After murdering Ernie Johnson, somehow the Cabal missed their opportunity to get back their missing accounting ledgers. Before he died, Johnson relayed a packet of damning information to Ted. Ted’s been sitting on it ever since.

Ted knows that the ledgers reveal that Ashton College is in serious financial trouble, but little else about the numbers they contain. And he thinks that the Cabal is deliberately running the college into the ground, so it must sell cheaply to anybody willing to buy it — which in this case means Alexander Kaseph, who’s buying a lot of real estate in Ashton these days.

For being propelled by a group with access to literal demons and psychic powers, this whole plot sounds more and more pedestrian by the chapter.

Without a government catering to Christians and enough resources to put their scam into play, the Cabal wouldn’t ever have gotten past its seances-and-orgies phase.

This is exactly why most New Age groups land firmly in the seances-and-orgies phase, while Christian groups end up in the news for land-grab scams. I know a lot of pagans and New Agers who are decently well-off, but not a lot who command the sheer wealth of, say, a Liberty University or a Bethel Hogwarts.

Generally speaking, the ones who manage to make it that big build cults of personality around themselves. There, they sit on thrones of lies till they die or go to prison.

Like this one, except with more beef and cheese.

Non-Christian cult leaders don’t think nearly as big as Christians do. They’re not usually out there trying to take over entire towns. And they certainly don’t have the same kind of community and governmental support necessary to get there!

But you’d never guess it to look at the frantic fury around the Satanic Panic — like we see in this book.

Today, Lord Snow Presides over a surprisingly pedestrian scam perpetrated by a New Age group that acts exactly like a bunch of well-heeled Christian leaders.

NEXT UP: Oh man, what a busy week. Yes, we’re going to talk about some very familiar names in fundagelicalism who are starting to see pushback for defying coronavirus quarantine orders — and how this pushback fits in with Christians’ false claims of persecution. Then: atrocity apologetics has made a stunning comeback in recent days. We’ll check out how fundagelical predators are now seeking to transform a worldwide tragedy into a sales pitch for their product. Also on the agenda: liminal spaces. See you soon!

Lord Snow Presides is our off-topic weekly chat series. Lord Snow presides over a suggested topic for the day, but feel free to chime in with anything on your mind. We especially welcome pet pictures! The series was named for Lord Snow, my recently departed white cat. He knew a lot more than he ever let on. 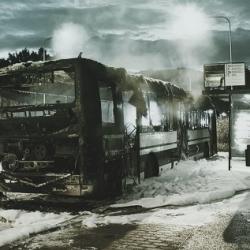 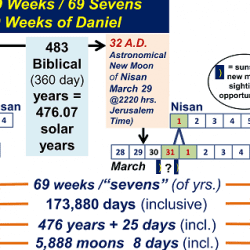 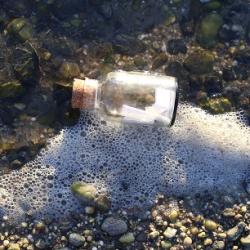 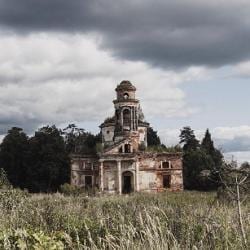