Hi and welcome back! Today, we return to Lee Strobel’s 1993 book Inside the Mind of Unchurched Harry and Mary. In this book, Lee Strobel seeks to show evangelicals what people outside their insular bubble are like — so they can better sell them membership in evangelical churches. Today, I want to show you the context of Unchurched’s earliest years — what Christians then were like, and why they continue to read and love this book today.

The Evangelical World of 1993.

Lee Strobel is a stone-cold authoritarian. However, he’s one who managed to scrabble himself to a position of relative power within his tribe. Thus, evangelical flocks look to him for information about their out-groups — and to teach them how to sell their product (active membership in their groups) to these strange, alien, unknowable, unguessable, inscrutable Others.

Something to remember about 1993 is that very few evangelicals probably actually knew any unchurched people — going by the classic definition of people who’ve checked completely out of church culture or never joined it. At most, they’d likely have known people who missed church sometimes (or even often), or actively attended other churches. Obviously, evangelicals considered that latter group the wrong flavor of Christian. But those aren’t really unchurched people.

When I was evangelical myself, I sure didn’t know any unchurched people until entering college at a state-funded university. Most of my friends attended various evangelical indoctrination-station colleges, so they wouldn’t even have had that benefit. As well, the consumer internet wasn’t anywhere near what it is now. Even as a very early adopter, I myself was barely “online” in the modern sense.

So in 1993, it was a lot harder to find people who vocally rejected evangelicals’ product.

What Little Use It Could Have Had, But Didn’t.

So in 1993, Lee Strobel’s book might actually have had a use — if it hadn’t been written by a schmoozer looking to pander to his eager audience.

Just as a start to explaining why it’s useless, his claims of having totally-been-an-atheist-y’all were a lot harder to bust back then. After all, nobody outside the bubble would likely ever hear those claims, and nobody inside it had any idea that whatever Strobel’s version of atheism was, it sure doesn’t look remotely like actual atheism from actual atheists. But his made-up fake testimony fed into what he teaches about unchurched people, and it’s definitely something he leans on hard to help his ideas sound more credible.

Second, evangelicals might as well be as isolated and alienated from their outgroup today as they were in the 1990s, or for that matter the Victorian era.

Nothing ever changes in their world. It can’t.

As you can see from the above advertisement on his official Instagram, the huckster shilling this book still insists to this day that his work is valid and helpful. And the flocks always believe their hucksters. And really, gosh, y’all, why would a Christian leader lie about anything so important?

The Most Unnecessary Book in the World.

Nowadays, evangelicals could ask us what we’re like. We’re not hard to find, and from all appearances we talk quite readily about our experiences and reasoning when it’s safe to do so. We’ve filled entire websites — multiple! — with clearly-stated reasons for rejecting evangelicals’ product. Here’s just one such site, and it’s got thousands of posts in it.

But evangelicals avoid investigating what we have to say about ourselves.

For one, their tribal leaders are busy slamming extimonies and deconstruction stories into the dirt, spinning them through the evangelical hatred machine, and trying their hardest to negate everything their newly-revealed enemies say.

Plus, they’re sure we’d lie to their faces. After all, they do it all the time with Jesus’ own blessing apparently, and so they assume everyone else also lies constantly.

Perhaps worst of all, we heathens never, ever properly follow along with all the sales scripts their apologists have fed them over the past century or so.

(That was a problem for me in the 1990s. I didn’t read apologetics books, but we got fed various scripts to use in soulwinning. These scripts used the same techniques, though, and they gave the same results.)

Obviously, tribal apologists can’t be wrong, much less lying to their faces, as — again — those same flocks know they do all the time. So equally obviously, we must be totally wrong about ourselves: our feelings, our experiences, our reasoning. The script isn’t wrong. It’s never wrong. Rather, we’re wrong — about ourselves.

The sheer, misplaced trust that evangelicals consistently place in their apologists always blows my mind, even now. If they ever realized how much of the apologetics industry is pure cash-grabbing lies specifically engineered to divest them of their hard-earned cash and time and to keep them embedded in Christianity a little while longer, I mean like really realized it and saw that industry at last for what it is…

Over on Amazon, 70% of respondents bestowed 5 stars upon this book. Another 21% gave it 4 stars. The very few people rating it lower generally simply disagreed with Strobel’s doctrinal stances. None disagreed with his presentation of unchurched people generally.

Over on GoodReads, I see similar high praise. The few critics of the book noted that it felt dated, but I only saw one reviewer who noted that Strobel’s version of atheism doesn’t look remotely like actual atheism.

A great many reviewers on both sites felt that Strobel’s own self-described conversion lent him more authority and credence in describing unchurched people. Because he describes himself as totally-once-an-atheist-you-guize, they trust him to accurately relay what atheism involves.

Every time I saw Christians gush with praise for the book, giving all this credit to Strobel for totally teaching them about the mindset of atheists, I died a little more inside.

They have no idea just how wrong he is. And they don’t want to know, either.

Sidebar: Why Not Both?

However, I did find one review that made me laugh. Mostly, this person objected to Strobel’s crassly-commercialized view of church culture:

Strobel doesn’t seem like so much an out-and-out con man as much as he seems like a shallow-minded, ambitious pragmatist.

He could be both.

What’s Got Evangelicals So Impressed.

As I skim through the beginning of Strobel’s book, it becomes readily apparent that he doesn’t think anybody comes to atheism or disaffiliates from church for any reason he’d consider valid. Nor does he want his readers to think there’s any valid reason to reject their product.

Instead, in Strobel-Land unchurched people find themselves too busy for religion, or they’ve had bad experiences that “poisoned [their] attitude” about Christianity. He accepts no other reasons for rejection.

Evangelicals have a consistent habit of expecting the rest of us to set ourselves on fire so they can keep warm. This approach works only in an atmosphere of Christian dominance. However, that dominance has eroded beyond repair. Maybe that’s why so many Christians still eat up Lee Strobel books with a spoon. They yearn to feel dominant still, to be given permission to judge others and unilaterally decide to fix them.

Consistently in his book, Strobel spins stories about misunderstandings, lack of discernment, pique over mistreatment, and selfishness (as evangelicals weaponize the word) in unchurched people. In doing so, he teaches his readers techniques geared almost entirely toward ensuring their own retention. However, I can tell you right now that whatever his “action plan” involves, it doesn’t work to persuade others.

Evangelicals don’t care. Strobel tells them all the lies they ache to hear, and he’s made huge bank with his pandering.

What Evangelicals Took From This Book.

For years, evangelicals have loved what Lee Strobel tells them about their potential marks.

They love thinking that people don’t reject them for valid reasons. In fact, Lee Strobel teaches them to judge those reasons and decide if they’re valid (pro-tip: those reasons never will be).

They love thinking that they can “love” people and yet treat them as human fix-it projects — and more than that, like projects that they can adopt without permission and consent. Lee Strobel teaches them that their projects won’t resent that at all.

Most of all, Lee Strobel teaches his readers evangelism tactics that he calls “an action plan.” He promises these gullible flocks that they can use his “action plan” to evangelize people who have either rejected their product or have spent a lifetime without it and thus don’t need it.

As I said, I know already that whatever his plan is, it does not do what its seller claims it can do. If it did, Lee Strobel’s religion wouldn’t be in terminal decline.

In fact, I bet it resembled in many ways how my own church taught us to evangelize in 1993. So that’s where we’re setting sail for tomorrow, friends.

NEXT UP: Let’s check out Lee Strobel’s “action plan” — and compare it to Yr. Loyal &tc Captain’s experience as a Pentecostal in 1993. See you there!

BTW: a future Lee Strobel post will involve his firm claim that some of his very best friends are atheists — and apparently they are totes cool with him considering them his DIY projects for life. 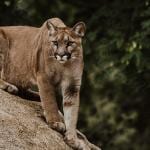 June 18, 2020 Unchurched: Lee Strobel's Action Plan (Doesn't Work)
Recent Comments
0 | Leave a Comment
"Some interesting books there!"
Clancy ‘Bless Every Home:’ Personal Evangelism Done ..."
"If they want 'sales', they need a whole different set of people."
Jim E Jones ‘Bless Every Home:’ Personal Evangelism Done ..."
"olé.(the important part to my eyes is "no problems")."
Glandu Tim Keller Pushes the Myth of ..."
"No, no, no, no! That's apostrophically bad grammar! It's the pedants' nest!"
Taneli Huuskonen Tim Keller Pushes the Myth of ..."
Browse Our Archives
get the latest updates from
Roll to Disbelieve
and the Patheos
Nonreligious
Channel
POPULAR AT PATHEOS Nonreligious
1