Hi and welcome back! Today also represents a palate cleanser. A new paper has come out regarding personality types. And it’s a humdinger! That old saying, ‘Nice guys finish last,’ might not be true. Or at least, its reverse might not. Deeply disagreeable people don’t seem to finish first. In the ongoing dumpster fire that is the year 2020, I’ll take it.

Today, we have not one but two longitudinal studies wrapped in one. The paper is called “People with disagreeable personalities (selfish, combative, and manipulative) do not have an advantage in pursuing power at work.” The journal that published it, Proceedings of the National Academy of Sciences (PNAS), is not only peer-reviewed but incredibly well-regarded.

In these studies (described here on UC-Berkeley’s site), researchers checked out college students with various personality traits. These students either pursued undergraduate degrees or were MBA students.

Then, they surveyed those students ten years later to see how their careers had unfolded since the first intake. As well, they interviewed the students’ co-workers. They wanted a nice, full picture of the subjects’ performance.

In essence, they wanted an idea of just how people’s personality might have influenced their careers. Did “nice guys finish last,” indeed? Or had not-nice people eventually become their own worst problems?

The answer they got is compelling — and intriguing.

What Makes For Disagreeableness?

For this study’s purpose, disagreeableness refers to “the tendency to behave in quarrelsome, cold, callous and selfish ways.” Disagreeable people abuse and manipulate others without care, and they ignore or trample other people’s needs.

In essence, disagreeable people use domination-oriented tactics to get their way. By contrast, agreeable people seek to get ahead in ways that won’t harm others — and in fact, their method may help many others along the way up the ziggurat.

He Was Proud Of It.

For a long time now, we’ve been aware of “disagreeable” traits in business leaders. A narcissistic, selfish, or vengeful business owner can destroy many lives before those traits overwhelm the business entirely. Worse, now that we’re more aware culturally of those sorts of business leaders, they may inspire already-disagreeable people to amp up their nastiness. The paper’s authors note:

For example, people who read former-Apple CEO Steve Jobs’ biography might think, “Maybe if I become an even bigger asshole, I’ll be successful like Steve.”

But now, these researchers think that such leaders could accomplish so much more if they tempered their disagreeableness — or better yet, cultivated agreeable tendencies instead. The implication in Jobs’ case is clear: as big a juggernaut as Apple has become, it might have done even better, faster had its earliest workers not been hobbled by Jobs’ abrasive, manipulative personality.

I’m a Mac girl from way, way back. I’ve loved those silly little boxes since 1987 at least, which is when I first got my little teen-Cas hands on a 512k “fat Mac.” And hooboy, over the years I have heard so many stories about the sheer toxicity of Steve Jobs. That toxicity was as much a part of the general Mac ambience as its products’ famous user-cuddliness.

But until now, there apparently wasn’t a lot of research done into how far disagreeable traits got their owners. Now, we’ve got this nice, high-quality, peer-reviewed paper to start answering those sorts of questions.

So What Did The Paper Find?

The paper involves two different studies. Its writers accounted for the usual demographic and socioeconomic differences between their 457 participants.

The first one was simpler in nature. It simply found “no relationship between power and disagreeableness.” It didn’t matter how disagreeable the subjects turned out to be. Their level of disagreeableness hadn’t helped them achieve a corresponding level of power.

In that second study, researchers interviewed subjects’ co-workers as well. (They note that the co-workers’ assessments generally matched the subjects’ self-assessments. Interesting!)

And they found some answers to explain the findings of the first paper. The first study had already shown that the disagreeable people hadn’t gotten further in life when compared with their more agreeable counterparts. But now, the researchers had some idea of why.

The why turned out to be those negative traits.

The paper’s authors are quick to tell us that they were just studying success or failure at work, not anywhere else. But even they speculated on the “likely parallels” with other spheres of life — like politics. Really, though, there aren’t many aspects of the human situation that don’t involve other people somehow.

Terrible people can often learn to play the game when dealing with others. But they can’t maintain the act. Others see through it fairly easily and quickly, especially in close quarters. They might not directly confront the disagreeable person to demand apologies and changes, no. Instead, they’ll exclude that person from consideration for promotions or networking opportunities.

If they can, the people harmed by a disagreeable person might even directly block or sabotage the culprit. Stories like that abound these days. Check out this one about “Karen and Karen Jr.” trying to game the school system. Or this one about a winery owned by jerks.

As for Christian groups, it’s extremely easy to see what happens to disagreeable folks in their ranks. They may become leaders and may wield enough power to squelch retaliation — for a while. But sooner or later, their power-base will erode enough to allow those they’ve injured to take them down.

Heck, we saw that happen just this past month with Jerry Falwell, Jr.

One person from my past just sprang out at me as I read about this paper: my first husband, Biff.

Nobody could schmooze like Biff! Most people found him at least superficially charming, affable, goofy, and bright. He was a reliable presence at church, and constantly sought out opportunities to speak and volunteer where he could. Once he had people ensnared, that’s when the malevolent narcissist in him could finally come out to play.

On paper, he’s exactly the kind of guy who gets promoted to paid positions in Pentecostal churches. However, he never was able to successfully make that slide from volunteer to “professional Christian” (as he called it). Friends climbed the ranks while he watched — and envied them.

So now, looking back, I wonder if his many disagreeable tendencies had somehow pinged the radar of our church’s Powers That Be (PTB). Maybe the PTB had noticed his manipulativeness, dishonesty, greed, and utter lack of discipline and self-control. And maybe they acted accordingly to prevent him from achieving any real power. After all, Biff was great in small doses, especially when he was on his best behavior. When he was properly reined-in and harnessed, I’ve no doubt that he was very useful to the PTB.

Those negative traits yanked him back from so many good things even while we were together. When people realized just how bad he was, they dropped him. But all too often, he didn’t even get far enough for that; he sabotaged himself constantly by taking his childish performances too far, blowing off the wrong request, or insulting or toying with the wrong person.

In the end, none of his machinations and schemes got him anywhere good in life.

Hope for the Future.

We’ve been talking lately about morality. All too many Christians like to claim some kind of stranglehold monopoly on morality, but it’s beyond obvious that their beliefs have nothing to do with their own behavior. No, they learned it from somewhere else entirely, and then they dressed it up with religious labels and declared Christianity the source of it. It’s a standard marketing tactic by now for them.

The rest of us know better. In truth, morality is something that even babies understand. Nobody must teach a baby to be cooperative, generous, gracious, and comforting — nor to care about justice and fairness. That said, dominance-minded parents can all too easily teach those sweet babies some very harsh and bitter lessons.

This study gives me hope. It tells me that no matter what these regressive nutcases do to impede progress and get in the way of the future, in the end they will fail. Indeed, I’ve often thought that if evangelicals and hardline Catholics would just shut up and sit on their hands for the next five years, they’d do more to bottom-out their decline than every single tactic they’ve pursued so far. Now that suspicion looks more accurate than ever.

In this ongoing dumpster fire that is the year 2020, I’ll take any reason for optimism that I can get. And I’ll share it wherever I find it. Love’s all that matters and all that’ll save us, and this study just confirmed that cosmic truth. 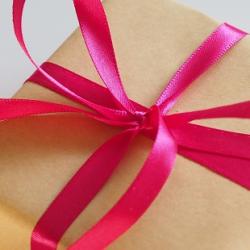 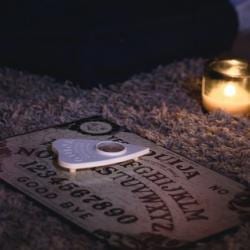 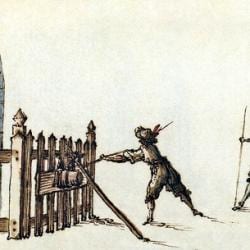