(Note: In this post, I refer to “forced-birthers.” I adopted this term because I think it accurately summarizes the zealots who disguise their malevolence and dishonesty by calling themselves “pro-life.” The dupes of this culture war do nothing whatsoever to improve any lives, while their crusade brings death to all too many people. I’m a proud supporter of the REAL MVPs saving and improving lives at Planned Parenthood.)

Today’s meta-analysis study comes to us from the peer-reviewed and well-respected journal Archives of Sexual Behavior. Here’s a link to the paper abstract. It’s titled “Pornography Problems Due to Moral Incongruence: An Integrative Model with a Systematic Review and Meta-Analysis,” and is authored by several people. One of them, Samuel Perry, wrote about the paper for Christian Post a couple of days ago.

To gather their information, the researchers drew upon General Social Surveys (GSSs). These are huge annual surveys taken of Americans on a variety of topics relating to society, religion, and lifestyle. The people who make these surveys then make that information available to researchers.

Perry and his researchers came up with a term for what they saw in this data: moral incongruence.

In those cases, however, it becomes a big problem.

Yes, seriously. Check this out:

A small number of just regular Americans made this claim (3.9%), but those identifying as “born-again Christians” made it way more often (22.1%).

This bizarre finding reminds me of those women who tell researchers that they’re virgins — despite having had children.

But now we’ve got a nice, peer-reviewed paper demonstrating that it’s the wingnuts themselves causing the harm they perceive. The moral crusade itself creates the problem it seeks to solve.

The call is coming from inside the culture-warriors’ house!

Wondering Eagle wrote a good blog post regarding just how useful the anti-porn crusade has been for authoritarian Christian leaders. In the post, he wonders if evangelical culture itself might drive adherents. And then, those users feel crushed by shame for violating the tribe’s dictates. They respond to those feelings by confessing their sins in tribal-approved ways. At that point, the tribe’s leaders weaponize those confessions. It’s a horrifying blog post, well-written and inspiring in me an endless march of OMGWTFBBQ feelings of creeping horror.

This beloved evangelical song-and-dance is incredibly abusive and cruel. But the flocks are long accustomed to the tactic.

When I read about this study, I couldn’t help but think of other moral crusades these scolds have pushed on Americans.

Long long ago, I was Pentecostal and my then-husband Biff volunteered at one of those fakey-fake “women’s clinics” run by forced-birther crusaders. As its operations/volunteer manual, this fake clinic used what’s now called “a Pearson’s Manual.” Among other WTF elements, the fake clinic pushed a false idea they called “abortion regret syndrome.”

In reality, 99% of women feel relief, not regret over their abortions. But forced-birthers have long asserted the opposite. They’ve even medicalized and pathologized their fake diagnosis with science-y sounding words!

Even in the early 1990s, I knew that there was no such thing as “abortion regret syndrome.” Thus, it already troubled me to hear forced-birthers constantly asserting otherwise. Seeing it repeated as gospel truth in that fake clinic’s own manual destroyed my forced-birther stand and my already-unraveling faith.

But I couldn’t help but notice something after that.

Obviously, some women do feel regret over purely-elective abortions. So do some of their partners. However, the vast majority of the women who speak loudly about experiencing symptoms of “abortion regret syndrome” tend, overwhelmingly, to buy into forced-birther propaganda. Typically, their anguish begins with (or forms an integral part of) their conversion to forced-birther flavors of Christianity.

So back then, I wondered if they’d have felt so upset if they hadn’t joined those groups. Now I doubt it. To outsiders, the idea of “abortion regret syndrome” sounds as alien as the notion of a gripping hand.

They’ve Got a System.

I’ve noticed a lot of other situations like these in the worst flavors of Christianity. They all follow the same basic steps. The outcomes look the same as well: increased subjugation, more despair and anguish, self-blame and victim-blaming, and a determination to knuckle down harder to obey impossible rules.

To increase the stakes of disobedience, authoritarians try to make something normal and natural sound as deeply troubling and horrifying as possible:

That last one tips us off.

Toxic Christians seek to grind down, completely break, and forever subjugate anybody they can. That’s why so many of their culture wars center around the most essential aspects of the human situation: love, sex, relationships, identity, etc. If a horrible person can gain control over those aspects of your life, chances are you’ll let ’em do whatever they want to you.

Very few things are as frustrating or as spirit-crushing as a game that you just can’t win, ever, no matter what. And that’s exactly the game these horrible people want to play.

So any time you encounter a situation where there is literally no win condition for you, perk up your emotional ears. Very likely, you’ve just stumbled across an authoritarian seeking control over you.

The only winning move in these games is not to play at all.

Everything I need to know about toxic Christians, I learned from 1983’s Wargames. 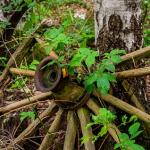 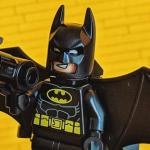 Nonreligious
An Evangelical Site Tries Hard to Ignore Their...
Roll to Disbelieve
TRENDING AT PATHEOS Nonreligious