The Magical Powers of the Gospel

The Magical Powers of the Gospel October 22, 2020 Captain Cassidy

Hi and welcome back! Yesterday, I introduced you to a popular bit of Christianese: the g0spel. The gospel represents the sum total of evangelicals’ supernatural beliefs and the demands they make of others. It is, in a lot of ways, their sledgehammer. And evangelicals put great store by it. They even think it has magical powers! Today, let me show you what evangelicals think the gospel accomplishes — and how that belief works out in reality.

The Magical Powers of the Gospel.

When I talk about evangelicals believing that the gospel has magical powers, I refer of course to magical thinking. In magical thinking, people believe that two utterly unrelated events are causally linked — even though there’s no objectively causal link between them.

Prayer is the classic example of magical thinking, but so is most spellcasting. In both, a person performs a task (or speaks certain words), and then something happens that is unrelated to that task. Nothing about thinking at the ceiling has anything to do with averting natural disasters, but Christians have believed that to be so for centuries. Burning herbs might make the home smell nice and focus the thoughts, but it doesn’t get the car’s flat tire repaired in and of itself.

And so it is with the gospel. As I said, it’s just a set of beliefs and demands. It’s no more binding upon reality than a sketchy company’s mission statement. But evangelicals think the gospel can do all kinds of things in the real world.

It’s downright amazing to me now that I once believed all of what I’m about to share. But I did, and so do most evangelicals today.

1) Saving (At Least Some) Evangelicals from Hell, Theoretically.

Obviously, #1 on the list of magical gospel powers would be rescuing TRUE CHRISTIANS™ from Hell.

Receiving the gospel is not a solution to every human problem. Indeed, there are times that faithfulness to Jesus will increase our horizontal [Earthly] problems. But receiving the gospel solves our most important problem, making us right with God through Jesus Christ.

That’s what most evangelicals say as well: the primary thing the gospel does is rescue Christians from Hell, though terms and conditions definitely apply. (More along this line: Source One; Two; Three; Four. Also, whoa, this one; I liked how the writer just flat-out said that the gospel does absolutely nothing whatsoever in the real world. Most of these sources say the same thing, but not quite so blatantly.)

Receiving the gospel is more Christianese, by the way. It means complying with this particular Christian’s demands, whatever they are.

Of course, Jesus also told his followers that they might mistakenly feel safe from Hell during their lifetimes, only to find out after death — and too late to do anything about it — that they dun goofed somehow and are heading there anyway. (Ohhh, that Jesus! What a li’l prankster!)

Gosh, it’s so easy to accidentally step out of the safety zone. Better comply extra-hard to be sure!

2) Changing Believers for the Better.

Christians also believe that the gospel changes Christians into better people than non-Christians can manage to be.

See, there’s been a centuries-long slapfight between competing flavors of Christians over what really saves them from Hell: works or faith. In other words, what matters more to their god: proper beliefs or proper behavior?

Obviously, Christians are supposed to believe that only believing exactly the right nonsense does the trick. However, they’re also supposed to act like they really believe that nonsense, once they receive the gospel. But many properly-believing Christians don’t behave at all like they really believe their own nonsense. Worse, many heathens easily outdo TRUE CHRISTIANS™ in ethical behavior.

As a result, evangelicals dance around the whole works vs. faith slapfight by saying that perfect beliefs inherently produce better behavior, like the beautiful fruit that grows on a well-tended tree (SWIDT?). Thus, a misbehaving Christian doesn’t really believe the professed nonsense. That Christian stands at risk of Hell.

One Christian writes about this second magic power of the gospel:

The gospel first bears fruit in a person’s life when God regenerates them unto saving faith and they are made a new creature in Christ. From that point forward the saved sinner is to be continually sanctified in Christ, pursuing holiness and righteousness as the gospel continues to bear its fruit in their life.

That’s about what most evangelicals seem to think as well: there ought to be some observable results after someone receives the gospel.

Now that evangelicals know they’re well and truly in decline, they’ve lately added a new magic power to the gospel. Well, I mean it’s not actually new new — I heard the same pishposh decades ago — but it’s one they’re leaning on very hard right now.

J.D. Greear, still the current reigning king of the Southern Baptist Convention (SBC), assured his panicking tribe a year ago that “the gospel” can literally reverse “any church’s decline.”

Yes, any. That is what he wrote. Greear writes at the beginning of his post:

It seems change is the only option.

He wonders, in this post, if gosh, maybe evangelicals should perhaps reexamine their culture wars. Or maybe stop being such obnoxious control-hungry bigots, you know, just to improve sales, not because it’s just the right thing to do, of course.

But don’t worry, evangelicals! The answer is a resounding no! No no no, a thousand times no!

Indeed, J.D. Greear knows a way for evangelicals to crawl out of their decline — and even bounce back stronger than ever. And they won’t even have to change any of the stuff they enjoy doing now, either! Hooray Team Jesus!

The gospel alone will save evangelicals from decline and restore their lost dominance!

Hm. Y’all, something else is going on here.

When we encounter stated goals that are completely contradictory to reality and that a group can’t possibly achieve with the methods they’re using, we should pay attention. We’re tiptoeing close to an unstated, covert goal that these stated goals cover up and keep from outsiders’ perception.

Broken systems operate like this constantly. The awful people they want in their groups can easily identify the dogwhistles they use, while the stated goals throw off criticism with lofty, noble-sounding ideals.

Indeed, there are some very dark unstated goals lurking under the cover of the gospel. Its stated powers are not the reason why evangelicals idolize it so much. Though they don’t talk about its unstated powers as explicitly as they do the three stated (and hilariously untrue) ones, it’s those unstated powers that actually matter most to them.

Of course, as with every single true thing about evangelicals, those reasons are a blazing dumpster fire. But we’ll get into that tomorrow.

NEXT UP: What evangelicals really value about the gospel. See you then!

October 21, 2020
The Gospel: Meaning and Magic Amid Decline
Next Post 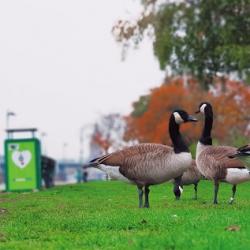 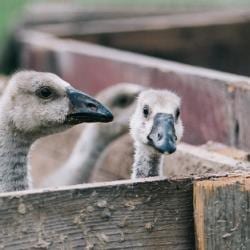 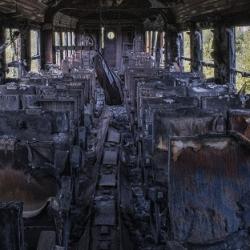 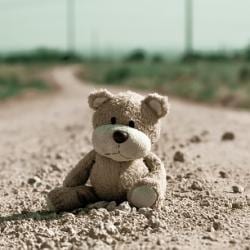