Hi and welcome back! I ran across this story on Baptist News Global. Written by an evangelical single mother, it discusses how ‘harrowing’ she thinks the Nativity story sounds. Today, Lord Snow Presides over yet another evangelical trying — and failing — to get the tribe to care more about the people they hate.

The Nativity: An Evangelical Tradition.

Whenever a very Jesus-flavored holiday comes along, I can count on evangelicals to try to use it as a teaching moment for the tribe. And they always use these holidays’ accompanying Bible myths in very predictable ways.

For example, Easter is all about stressing all the horrific torture of Jesus’ totally-for-realsies death. The more horrific details these tale-bearers can ladle into the myth’s bare bones, the more shocked and titillated their audiences will feel — and thus the more beholden they’ll feel to their imaginary friend, and thus the more tightly-bound they’ll feel to their Dear Leaders. Easter is all about evangelicals themselves, and oh, they revel in the blood and gore described from their churches’ pulpits.

But at Christmas, evangelicals begin to stress the imaginary hardships around Jesus’ totally-for-realsies birth. Specifically, they try to get other evangelicals to start seeing poor immigrants as stand-ins for the Holy Family. This effort is supposed to result in greater compassion toward immigrants and poor folks. So Christmas is supposed to be about empathy for those suffering like Jesus’ parents totally did.

Every Christmas, evangelicals drip piety from every pore as they nod along to these expected comparisons. Then, having adequately performed their annual ritual of Pretending to Give a Wet Sloppy Smack About the Poors, they race each other out of the church parking lot to get home, where they tear open their lavish store-bought presents and stuff themselves silly on turkey and ham — and screech about whatever rumors their favorite conspiracy theorist has baked up this week.

What can I say?

I Loved This Nativity-Flavored Jesus Juke.

Evangelicals love laying down a good Jesus juke. Of course, they’re far less fond of being on the receiving end of one.

So here, in this OP we’re looking at, the author invokes evangelicals’ official stated positions of caring about others and wanting to emulate Jesus.

In reality, evangelicals don’t really want to do either of these things. Normally, they’d ignore or hand-wave away her pleas for greater kindness toward the very people they hate most — or retaliate against her for daring to suggest such a thing.

But this time, she’s invoking their stated ideals in the context of one of their very favorite Bible myths. She’s showing them that their own behavior reminds onlookers more of the wicked rulers in the Nativity myth than the kindly neighbors who took pity on Jesus’ parents.

It’s hilarious all the way around.

The Nativity Juke That Will Fail.

I don’t mean this attempt to coax greater compassion out of evangelicals will work, however. As achingly sincere as it is, that doesn’t mean the attempt will be effective.

And its author should know that by now.

Evangelicals are past masters of wiggling out of Jesus’ direct orders. They’ve never met a Bible myth they couldn’t warp or embellish into looking like a firm, load-bearing support beam for their monstrous culture wars.

Most of all, the elements of evangelicalism that evangelicals love most all seem to involve them punishing their enemies and getting to order everyone else around.

So Paula Mangum Sheridan looks at the thousands of immigrant children separated from their families and sees Jesus’ family fleeing a ruler who wanted their kid dead. She looks at millions of impoverished households facing food insecurity this holiday season and sees Jesus’ poor parents trying to keep their kid fed.

But her tribemates look at these same situations and think that Herod was a lightweight.

Every day, they wonder: How can evangelicals make America look more foreboding to outsiders, so they stop coming here? How can evangelicals punish refugees more brutally, so persecuted foreigners stop seeing America as a bastion of freedom presided over by the Mother of Exiles herself?

If evangelicals cared half as much for disadvantaged people as they do about winning their disastrous culture wars, the War on Poverty would already be won five times over.

The Nativity Story That Has Never Improved Christians.

One of the surest signs of the falseness of Christians’ claims about their religion is how little they seem to care about following their own rules. The Nativity story stands out as one of the most egregious examples of this truth. This myth has never softened or gentled the very people who most idolize the Bible.

And strangely, no gods seem inclined to change evangelicals’ minds.

So this year, evangelical leaders will once again trot out the Nativity story as a sort of how-to guide for evangelicals. And the flocks will listen to these sermons as if doing penance for a year of extravagant cruelty against others. Together, they will all pretend that yes, they’re totally sympathetic to poor people and refugees, yes, yes, just like Jesus’ parents and neighbors totally were.

Then after that sermon and maybe a slightly bigger donation to the offering-basket than usual, they will leave and resume acting the way they prefer to act — the way we see them acting lately.

The One Time of Year This Juke is Okay.

I hope Paula Mangum Sheridan is better than that. I hope she’s one of the few decent, compassionate evangelicals left in her tribe. If so, I hope she figures out exactly what kind of people she’s aligned herself with — before they decide to make her their next messy object lesson for trying too hard to change them.

They’ll put up with holiday-season, Nativity-themed attempts to shame them into behaving better, because they can ignore that stuff very easily. If she persists, though, they won’t react well.

Today, Lord Snow Presides over yet another Christmas attempt to use the Nativity myth to turn evangelicals into decent human beings.

NEXT UP: J.D. Greear holds forth in the Southern Baptist Convention’s 2020 Annual Report — and reveals an interesting statistic. See you tomorrow!

We’ll be taking up with the inaccuracies in the Nativity myth itself later on. Today, I’m just talking about a Christian invoking it as part of her Jesus juke attempt. 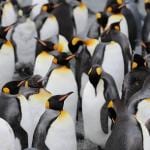 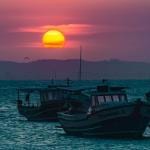