Discipling: What It Is and Why It Won’t Save the SBC

Discipling: What It Is and Why It Won’t Save the SBC December 17, 2020 Captain Cassidy

Hi and welcome back! Recently, I mentioned that a lot of Southern Baptist Convention (SBC) leaders have pushed very hard for discipling as the surefire fix for their denomination’s 50-year-long decline. If conversions amount to the sales end of their evangelism process, then discipling functions as retention. However, despite being totally convinced for years that discipling can fix everything wrong with their denomination, SBC leaders will never, ever actually put it into process. Today, let me show you why.

I’ve seen a lot of evangelical leaders talking big about discipling, but the SBC likes it in particular. Their LifeWay blog Facts & Trends often gives advice to the older Christians about proper discipling (like they do here). Indeed, they’ve been talking about it for years and years — and often in ways suggesting that they think discipling can literally fix anything wrong with their tribe. For example, check out this September post from Ed Stetzer where he suggests it as a way to stamp out QAnon’s influence.

But discipling, as an idea, has been around for far longer than that.

I first heard about it as a teenager in my first United Pentecostal Church (UPCI). One morning, I was leaving my Sunday School class to get to the main church service in the sanctuary. Behind me, I heard my teacher talking to another one.

They were discussing some kind of new mentor program the pastor wanted to do. He wanted to pair new converts (like me) with more experienced volunteer mentors. Neither of the teachers thought they had time to do what he wanted.

I didn’t want to be eavesdropping, so I left them to their conversation. Since I never heard another word out of any adults about this program, I suppose it got quietly scuttled.

A Brief History of Discipling.

I’m sure now that those teachers were talking about something like discipleship, though they didn’t use that word. Our pastor was quietly borrowing a lot of ideas from uber-authoritarian asshat Bill Gothard, and he was way into the discipleship thing. (If you’ve seen that “Umbrella of Protection/Authority” sketch I run sometimes, that’s another idea my old pastor seems to have borrowed.) Indeed, the so-called “Internet Monk” talked about encountering Bill Gothard’s discipleship ideas in the 1970s.

But even in the 1950s and 1960s I can see occasional references to the word in its mentoring sense:

The interesting difference between the word’s usage then and now is that back then, evangelicals tended to use the word and idea of discipling in the context of foreign missionary work: teaching a bunch of new converts how to Jesus the American-evangelical way.

It seems like Bill Gothard very successfully warped the word from that earlier sense to what it means today: one-on-one mentoring in an authoritarian-evangelical local-church setting. Even evangelicals who disagree with the (alleged) sex pest about his teachings, like this guy, tend to like his take on discipleship. I’ve not encountered many evangelical leaders rejecting it.

In its most simple form, discipling is just a type of mentoring (verb form: to disciple; noun form: discipleship). When new people join an evangelical flock, often they feel a bit lost. They’re not sure exactly how to Jesus, and since Jesus-ing doesn’t tether to reality it’s perfectly understandable that they’d need extensive coaching to do it.

So in discipling, a pastor attaches a brand-new member to an older, more experienced church member of good standing. Ideally, this older church member models how to properly Jesus to the newbie — and the newbie learns good Jesus-ing habits right from the start. If the older Christians in these relationships notice any bad habits or wrongthink in the newbies, then they can hopefully correct it quickly before it gets too far.

Discipling is, first and foremost, an authoritarian relationship. The older Christians in the mentor role aren’t kindly grampas offering Jesus-flavored advice. They consider themselves there to administer discipline first and foremost. Evangelicals talk unapologetically about that side of it, like here, where Ed Stetzer declares that “some things need to be discipled out of believers.”

Evangelicals often think Jesus himself taught his followers about and practiced discipling. They also think that the earliest Christians continued the practice.

Why the SBC Loves Discipling.

Evangelical church leaders love the idea of discipling. They think it helps them retain their new members for a lifetime. The SBC takes this affection even further, however. They see discipling as something both sides of their imaginary conflict are doing. One Baptist guy wrote in March,

. . . we must disciple children to have courage and fear God. The evil one is discipling children to fear everything but God. Don’t fail your kids at this point.

No way! Their discipling needs to be the winner here!

In addition, we often see SBC leaders rising through the ranks based upon their “passion for discipling,” as this guy has. In 2018, one SBC writer had this to say about discipling:

I’d like to point out now that despite all this blahblah about discipling the disciple disciples into discipleship bliss, the SBC has been in a rock-steady decline for fifty years by their own reckoning. But once a bad idea reaches the level of canon in broken systems, it never ever goes away.

Discipling and the “Vision 2025 Initiative.”

Overall, the SBC seems to be pinning their entire hopes for the future on this process of intense indoctrination. In their 2020 Annual Report, we see this “Vision 2025” thing on p. 68:

4) Turn around our ongoing decline in reaching, baptizing, and discipling 12-17 year olds in the prime of their teenage years.

One Southern Baptist combines the trendier-than-usual buzzword discipleship with another one that was popular a couple of years ago to come up with a prophecy for the SBC’s future:

. . . intentional discipleship is going to be the deciding factor in whether or not Kentucky Baptists make a difference in the lives of students between now and 2025.

Oooh, intentional discipleship. Hold my earrings! This one’s too clever by half. She’ll go far with that kind of savvy.

If you’re wondering, the other items in the Vision 2025 initiative involve planting 6,000 new churches and vastly increasing the number of SBC missionaries and donations alike. None of those other action items comes with any indication of exactly how they’ll happen, either. I guess it’s all just Jesus Power.

I can’t remember now who was speculating that this new news of decline would spark initiatives that would “die on the vine.” But that prediction sure seems to be more accurate than anything I’ve seen out of Southern Baptists themselves.

The Rough Truth About Discipleship.

The SBC loves discipleship. They love the idea of intense indoctrination. And they’re positive that discipling will totally turn around their sinking ship.

They’ve been talking up the idea of discipleship for literally fifty years. That’s easily since Bill Gothard was just a creeptastic li’l whippersnapper dreaming of the big time.

And yet all their big plans never, ever actually materialize into actual practice in more than a few churches for a short while.

I think a big part of the problem involves evangelicals’ obvious dislike of volunteer work of any kind. In most churches, a relatively small percentage of church members perform the lion’s share of necessary volunteer work. Discipleship involves a lot of intense, one-on-one Jesus sessions — with someone whose beliefs and behavior will probably not align well with their new church’s culture.

I always got the feeling, when encountering older church members across evangelicalism, that they didn’t like me or approve of me much. Somehow, I doubt that’s radically different today.

The Even Rougher Reality of Discipleship.

I also can’t imagine that most disciple-ees would appreciate that kind of hands-on micromanagement of their beliefs and behavior — especially once they notice what raging hypocrites their mentors likely are. It probably won’t take long for them to notice, either.

In addition, I’ve heard some truly nightmarish stories about disciple-ees who’ve shared confidential information with their mentors — only to later see it splattered all over their church’s gossip grapevine. I’ve seen other stories from disciple-ees indicating that it’s very easy for a control-hungry mentor to move well out of bounds in their attempts to mold their new protegee into that proper fundagelical-sheep shape.

So even if pastors could persuade their older, more-established flock members to take on such a role, a hard “if” in and of itself, it’s hard to see it working well for most people.

No, discipleship will not save the SBC. Despite their historical affection for the idea, it can’t substitute for the most important thing prospective new members want — and the one thing the SBC has never, ever been able to manage to offer:

Great groups that are safe and worth belonging to.

So when you hear about these silly discipling initiatives, now you know where they sit in the evangelical psyche — and how desperate evangelical leaders use them as a substitute for actual self-examination and necessary change.

NEXT UP: Performative piety as a substitute for learning and growing and doing better. I couldn’t have picked a better time of year for this one. See you tomorrow! 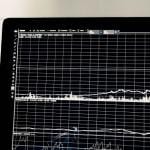 December 16, 2020
The Ride or Die Statistic the SBC Can't Fix
Next Post 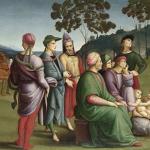