Hi and welcome back! I recently ran across a story that sounded like a parody at first. But I guess it shows better than much else how deep the schism is running in today’s conservative evangelical circles — and at the same time displays their usual stunning lack of self-awareness. Today, Lord Snow Presides over Pat Robertson telling Donald Trump he just needs to accept his loss and move on with his life, while not noticing that he and his entire tribe needs to take that same advice.

(“Take his L” means “accept his loss.” The “L” means Loser and is expressed as making the letter with one’s index and thumb, then holding that hand up to one’s own forehead. Here’s an illustration.)

Pat Robertson has been making false prophecies for his entire career. He said the world would end in 1982 and then, in 1990, predicted a new date of 2007. Obviously, both dates came and went without issue, as did a follow-up doom prediction for 2011.

Back in 2012, he said his god had told him that Mitt Romney would win not only that election but also the one in 2016. And obviously, neither of those things happened.

But evangelicals have very short memories for their idols’ failures, and so Pat Robertson still has a lucrative career despite being one of the most odious human beings in a tribe noted for its cruelty and willful ignorance.

Before the 2020 election, Pat Robertson was all about Donald Trump. Like almost all the other big names in white evangelicalism, he completely slobbered over his tribe’s newest idol.

In fact, in late October this year, Robertson predicted that Trump would win the election — and then declared that, five years later, an “asteroid” would hit the Earth and “maybe” bring “the end” of life on the planet (because, in his opinion, Jesus would never “allow” humans to “blow this earth up”). He said that “without question, Trump is going to win the election.”

Moreover, he claimed that his god had told him this blathering nonsense.

Ohh, that Jesus! What a wacky sense of humor, amirite?

But a month-and-plus after the election, Pat Robertson’s changed his tune. Or his god has. One of those two things has happened.

The sheer lack of self-awareness just blows my mind. Here’s the story from Raw Story, but you can probably find it on a lot of other sites (like here). The video is just astonishing. In it, Pat Robertson declares that Donald Trump is “very erratic” and lives in his own “alternate reality,” where the lies he constantly utters are, to him, absolute truth. And that’s not even close to all the criticisms he offered of the tribe’s orange calf idol.

As well, Robertson hems and haws over Joe Biden’s victory. It was hilarious to watch this esteemed Grampa of Fundagelicalism go all mealy-mouthed as he tried to appease everyone at once and avoid picking a side. For a moment, he sure sounds like he’s one of those idiotic election truthers, like he’s edging right up to the very abyss of agreeing with Trump’s lies about election fraud.

But then and at the last second, Robertson backs away from that ledge.

After that showdown with the truther ledge, Pat Robertson accepts that Joe Biden has been crowned the President-Elect, which means that Donald Trump will not be the King of America in a few short weeks.

(Kurt Eichenwald wondered on Twitter if the threats of slander lawsuits from voting-machine manufacturers has finally stopped evangelical leaders from bellowing their conspiracy theories, and it wouldn’t surprise me if such a fear is reining Unca Pat in at last.)

Looking defeated somehow, Unca Pat tells Donald Trump, “You’ve had your day and it’s time to move on.” In other words, Trump needs to drop the idea of running in 2024 too. He’s lost.

Like seriously, Pat Robertson could have been saying the same things to himself or to literally any other big-name evangelical leader. Or to evangelicals as a whole. It’s just so astonishing that the advice evangelicals need most came from one of their most gobsmackingly delusional leaders.

So let me be the first to congratulate Pat Robertson for finding that magic stopped-clock moment where he’s completely, totally right about something — just not about what he thinks he’s right about.

It’s not just Donald Trump who is erratic and living in an alternate reality.

Not just Donald Trump spouting constant lies that he appears to believe are absolutely true.

And not just Donald Trump who needs to realize that he’s had his day and needs to move on and quit grabbing for the power that’s been categorically denied to him.

Today, Lord Snow Presides over Pat Robertson accidentally telling evangelicals what they most need to hear.

Too bad they won’t listen — any more than Donald Trump himself could.

(There’s this, too: in his diatribe, Pat Robertson predicted a Kamala Harris presidency after Biden’s. Given this false prophet’s track record, at this time I’d like to officially request he please and kindly STFU about her before he jinxes her.)

NEXT UP: Yesterday, we checked one corner of the SBC’s current schism slapfight: the Old Guard conservatives all trying to out-conservative each other. Tomorrow, we’ll check out the conservatives trying to appease the slightly-more-progressive members of the tribe. See you then! 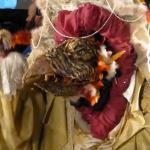 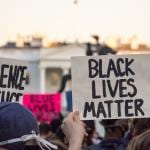 December 22, 2020 The SBC's Internal War Over Racism Has Only Intensified
Recent Comments
0 | Leave a Comment
Browse Our Archives
get the latest updates from
Roll to Disbelieve
and the Patheos
Nonreligious
Channel
POPULAR AT PATHEOS Nonreligious
1 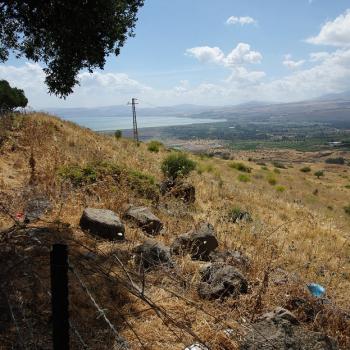