Hi and welcome back! Sorry, I had to move our planned discussion back a day. Some stuff’s just too juicy to ignore. Hopefully, you’ll agree! See, Ed Stetzer did an interview where he asked what I’ve come to recognize as the Big Question for evangelicals: how did they end up doing this remarkably awful thing? They’ve been asking it for years. However, now that Trumpism has become so closely intertwined with religious extremism, that question’s taken on an extra urgency for them. Today, we check out Ed Stetzer’s version of the perennial Big Question asked by dysfunctional people.

(A ‘broken system’ is a group that can’t possibly fulfill its own stated goals. Instead, it operates with a series of covert/unstated goals. Leaders jockey for personal power among themselves. Members exist only to fulfill leaders’ demands — and they experience a great deal of damage in doing so. Unfortunately, broken systems can’t be fixed. Only a broken system’s leaders hold that kind of power, and the system benefits them too much to consider it. Also, Asking the Big Question is different from Just Asking Questions. While both represent an attempt to redirect a challenging conversation into much safer waters, the former is directed to a sympathetic audience while the latter is meant to exhaust a specific ideological enemy.)

A few years ago, I first noticed evangelicals’ Big Question.

How do we get to this place?

I didn’t quite recognize it yet as evangelicals’ Big Question — the question they would claim to desperately need answered while studiously avoiding all reckoning with it.

But that’s what it really was.

Yes, that’s exactly what it was.

Since then, I’ve had my ears perked for any similarly-disingenuous questions. As you can likely guess, they’ve flowed like tears since Donald Trump swept through evangelicalism.

How oh how did evangelicals ever end up supporting this monster as our Orange Calf Idol? How oh how did such a cruel, nasty person gain such a foothold among people who claim to follow a god of justice and mercy? Y’all, we just don’t understaaaaaaaaaaaaaaaand!

And off and on, sometimes evangelicals have even tried to answer it — in the worst and least productive ways imaginable, of course.

This time around, Ed Stetzer has put this particular performative farce on his own plate, that’s all.

In a recent Raw Story article, Ed Stetzer asks his tribe “to question how they came under the authoritarian sway of President Donald Trump.” Yes! As their story tells us:

Ed Stetzer, head of the Billy Graham Center at Wheaton College, tells NPR that he was very disturbed to see so many self-professed evangelicals taking part in the deadly riots last week at the Capitol building that were designed to overturn the results of the 2020 election.

“Part of this reckoning is: How did we get here?” he said. “How were we so easily fooled by conspiracy theories? We need to make clear who we are. And our allegiance is to King Jesus, not to what boasting political leader might come next.”

And there we have it: the Big Question.

He’s very concerned that Trumpism has colored the entirety of evangelicalism for outsiders, who now associate Trumpism with his tribe to an indelible and dealbreaking degree. And he’s mostly correct. I mean, most people might also associate evangelicals with Covid-19 denial. This trait joins science denial generally, disgusting bigotry against LGBT people, sexism, narcissism, cruelty to low-wage workers and the poor, and of course shocking racism.

But yeah, Trumpism = evangelicalism by now. As we’ll see tomorrow, this particular marriage went well beyond inevitable. Sure, let’s now wonder how oh how that happened. I’m sure evangelicals will totally wanna fix their dysfunction.

Pull the other, Eddie. It’s got bells on it.

Here’s the most important thing to remember about this topic:

Instead, they want sweeping answers that conform to their bizarro-world conceptualization of reality. They want to hear that they’re doing the right things, but oh gosh darn, the meaniepie enemies of their world just don’t accept the coin they’re offering.

When people in long-term Dating Hell wonder aloud why they’re having so much trouble finding someone, very few of them want to hear anything about improving their chances of finding a partner. No, they want to hear instead about lookism and age-bias and shallowness and immaturity, along with reassurances aplenty.

When someone who’s bought into the lies of Fat Acceptance talks about doctors’ fatphobia, they don’t want a breakdown of exactly why the medical establishment universally (and rightly) recognizes the having of large amounts of adipose tissue as a serious health concern. Instead, they want to hear about lookism, flexibility and totally great blood work, and how awful assessment tools like BMI are, along with copious compliments on their selfies.

And people like that tend to gravitate to groups who will supply them the answers they want to hear.

In short, dysfunctional people want to be told that the problem isn’t them. They want to be reassured. They want to hear that they just need to keep doing whatever they wanted to be doing anyway. Eventually, the entire world will change to suit them at last. Absolutely totally.

And Now, Here’s Why Evangelicals Ask the Big Question.

Simply asking the Big Question functions as performative problem-fixing for them. They don’t want real solutions. Real solutions might involve them changing in significant and unwanted ways. Instead, they want to hear what pleases them most.

When an evangelical plaintively asks why oh why evangelicals could ever support Donald Trump, they absolutely, positively, completely do not want to hear about the exact qualities that led their tribe to fellate a incoherent conjob who has always reveled in the exact sins that they, as a tribe, hate most — from substance abuse to fornication to adultery to shameless displays of pride to outright treason against Israel 2.0.

Listen for dysfunctional people in broken-systems groups to ask Big Questions about why their tribe behaves so spectacularly hypocritically, why its central beliefs run so counter to reality, why nobody likes them. When they do, notice that their Big Solutions to these questions will always, without exception, look a very particular way.

And then, be careful about how you spend your sympathy on these folks, and how far  you allow them to rest on dysfunctional non-answers to their disingenuous questions. The questions they ask have real answers; they just don’t wanna hear them, is all. But for things to improve, they must listen. Once they want improvement more than they want to wallow in dysfunction, they’ll seek out and implement those answers in their lives.

Evangelicals are not there yet.

Right now, evangelicals’ Big Solution to the Big Question will always involve Jesus-ing the way they happen to think is best. And as long as that’s their Big Solution, they — and we — can count on nothing to change for the better.

I hope we stop allowing evangelicals to wallow in their favorite dysfunctional non-answers to their disingenuous questions. Their Big Question has a very real answer, and they need to confront it if they hope to do any better than they have up till now.

NEXT UP: Ed Stetzer’s Big Solution to the Big Question won’t work, and we’ll dive into why it won’t tomorrow. See you then! <3 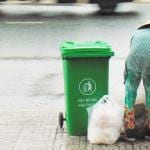 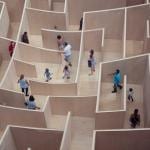 January 14, 2021 Just Jesus Harder: The Perennial Big Solution to Evangelicals' Big Question
Recent Comments
0 | Leave a Comment
Browse Our Archives
get the latest from
Roll to Disbelieve
Sign up for our newsletter
POPULAR AT PATHEOS Nonreligious
1 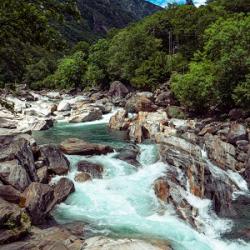 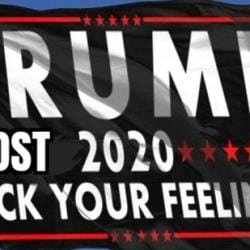