Matthew 18 and the Bad-Faith Problem

Hi and welcome back! Yesterday, we looked at a typical silencing attempt in the Christian wild. This attempt, like most of its type, drew upon a much-beloved set of Bible verses: Matthew 18:15-17. Today, I want to go into more detail about why Matthew 18 does not and cannot rise to the level of working roadmap for ironing out Christians’ conflicts: it has a bad-faith problem.

Why Matthew 18 Doesn’t Work in Reality.

Let’s go back to that one source we looked at yesterday, the one blathering about Matthew 18:15-17 as “the Lord’s conflict resolution plan.” As a reminder, here are the verses in question:

“If your brother or sister sins, go and point out their fault, just between the two of you. If they listen to you, you have won them over. But if they will not listen, take one or two others along, so that ‘every matter may be established by the testimony of two or three witnesses.’ If they still refuse to listen, tell it to the church; and if they refuse to listen even to the church, treat them as you would a pagan or a tax collector.”

Of course, that page’s writer makes sure to tell us that one must use these verses in the proper spirit. Otherwise, everything just goes pear-shaped!

Jesus did not give us these steps so that we can get rid of people who bother us, who sin against us or with whom we disagree! The purpose is not to get rid of but to gain! Therefore, if you run to this passage when you want to punish someone and get rid of them, your spirit is wrong and you will not likely use the procedure correctly. Jesus identifies the purpose at the end of verse 15, to gain your brother. That should be your hope. The elevation of self should be absent in this.

That person isn’t the only one insisting on enacting Matthew 18 with the correct frame of mind.

Remember our pal Ron Sider, who wrote The Scandal of the Evangelical Conscience? He thinks the same thing, according to this 2005 interview in Christianity Today. In it, Sider complained that today’s newfangled churches didn’t want to do “church discipline” the way older American churches used to do it. He specifically cited Matthew 18 as the source of his ideal notion of church discipline. When the interviewer asked in turn if maybe many churches avoided church discipline because it’d become so “legalistic and mean-spirited,” thus leading to abuses, Sider replied:

Sure, that’s a part of it. But we don’t give up on marriage just because a lot of people have messed it up so badly. And we shouldn’t give up on church discipline just because we’ve so often done it in a legalistic way. We have to recover the New Testament understanding. John Wesley put it wonderfully when he said church discipline is watching over one another in love.

And this insistence is our first and most important clue to why Matthew 18 is such a failure in realtime use. If someone must absolutely be a good-faith player to use the verses correctly, then the potential for abuse will always be there.

Worse still, a group that depends on good-faith acting will have no defense against bad-faith players seeking to use the verses for harm and/or overreach.

Authoritarian Christians’ rules and structures absolutely depend on everyone involved acting in good faith. “Good faith” means that the group assumes that everybody involved in a given situation wants to do the right thing, wants to obey Jesus, wants to treat others decently well, and wants to uphold the group’s rules. Thus, when group members fail at doing any of those things, the group expects them to be so devastated that they will, of course, want to do everything in their power to make the situation right again once they’re informed.

And their rules and structures do, overall, work as intended when that’s the case. It’s just not the case very often.

Just as one example, consider complementarian marriage. Right-wing Christians’ rules about marriage depend on husbands to act entirely in good faith. When husbands do not act in good faith, then nothing whatsoever protects their wives from abuse and blatantly unfair treatment.

We see the exact same problems with groups that try to use Matthew 18 as a guide to handling conflicts of all and any and every kind. There’s no way to ensure good-faith acting in any of these situations, and no way to slap bad-faith actors back into shape — IF they’re detected at all.

The Good-Faith Assumptions of Matthew 18.

At any stage in my dotted list here, if someone’s not acting in good faith then the situation has serious potential to become abusive.

Matthew 18: Serving the Powerful at the Expense of the Powerless for 2000 Years.

The churches that Ron Sider complained about ain’t idiots. They likely had seen all the examples of “church discipline” gone seriously awry and wanted no part of it. What Christians ought to be very wary of indeed are churches that demand that congregants adhere to these verses as a way to resolve conflicts.

Don’t get me wrong. I do understand why churches might demand that. Their marketing very clearly describes a group of people inhabited by a living god — a real live god who values mercy and justice in equal measures. They insist that this god not only inhabits them but informs their opinions and guides their behavior (if they let him, which is only one of many asterisked conditions involved with this claim).

And yet here we are with story after story flowing forth about abuse (not only in our own community comments — check out here and also here). In authoritarian churches, Matthew 18 becomes a bludgeon in the hands of the churches’ powerful members. There, it allows abuse and injustice to flourish. It silences those seeking to protect others (or themselves) against abuse and unfairness. It forces compliance.

And weirdly, the god Christians claim inhabits them doesn’t stop any of this abuse at all. Nope! Not a speck of help anywhere. Ever. Ever ever! And also weirdly, that’s probably the best-case scenario for Christians, like with miracles.

Without a Real God Doing Real Stuff for Them, Christians Need a Real Roadmap.

That’s why Christians absolutely must have real rules for governing their groups, rather than relying on good faith and Jesus pixie dust.

I also get why these Christians bristle at the idea that they might need real rules for handling their problems, not Bible twaddle they think is magical because they think a god said it so that settles it. Having real rules and structures in place would invalidate a lot of their claims. It would mean that their totally for realsies real live god wasn’t doing anything for them — at least not at the systemic level. In turn, that would mean that they needed to make sure things worked correctly in the absence of their god’s consistent, reliable guidance.

And that cannot be! It’s a direct refutation of their marketing!

I’m not kidding, either. About five years ago, I think it was, an ex-Christian woman told a Facebook group I was in about her efforts to find a church home for her two young evangelical children. So she was calling churches in her little Southern town to ask about their child-safety policies. One church secretary acted all snooty and offended over the very idea. She insisted that JAY-zuss protected their churches’ children. Thus, they didn’t need anything real to protect them. Consequently, the ex-Christian refused to allow her children even to visit this church. As I recall, her final list of acceptable churches was distressingly but not-unexpectedly short.

However, we all cringed to imagine the children who stood helpless before potential abusers in all those other churches. All it would ever take was one bad-faith actor to waltz into their Sunday School programs for that ball to get rolling. “Jesus” sure wouldn’t stop any of it.

Ultimately, I guess expecting good faith from everyone might well be one of Christianity’s variants of the Geek Social Fallacies.

When it becomes painfully clear that someone’s not acting in good faith, TRUE CHRISTIANS™ are likely to punt to gatekeeping by declaring that that person is not Jesus-ing correctly at all. And they know this because when everyone Jesus-es correctly, no problems can possibly result when using Matthew 18. So obviously, if someone ever encounters a problem with Matthew 18, it’s purely because of incorrect Jesus-ing.

That’s what Ron Sider meant when he accused such Christians of being “legalistic.” In Christianese, legalistic just means “stricter or meaner than the judging Christian would be in that area.” Legalism definitely qualifies as incorrect Jesus-ing — which is why so many Christians accuse ex-Christians of having been legalistic! As you can tell, it’s purely subjective, as is Jesus-ing in general. Thus, it’s always a safe accusation to make.

But what if abuse of Matthew 18 is the norm, rather than a few one-offs here and there? What if it’s not just a few churches standing guilty of incorrect Jesus-ing, but rather it’s a trend for authoritarians?

Ah, but see, see, that’s the sheer beauty of the subjective incorrect-Jesus-ing accusation. And you may be sure that the Christians making this accusation are acting only in good faith.

NEXT UP: I’m having trouble with arthritis in my hands, so we’ll play it by ear. Count on this though: we’re definitely heading into that big story about the TRUE CHRISTIAN™ Calvinist shooting up those massage parlors — and the other TRUE CHRISTIAN™ who blamed these crimes on the shooter having a “bad day.” See you tomorrow! 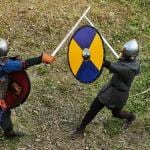 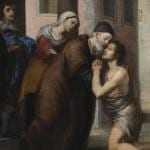