Hi and welcome back! Not long ago, we checked out that new Gallup report about Christianity’s ongoing decline. (You can find their report here.) For the first time since Gallup began asking Americans about religion, fewer than half of their respondents reported belonging to a church. Ouch! Gallup blamed this trend on two different factors. Last time, we talked about one of those factors: the rise of Nones who simply opt out of religion entirely. The other factor, though, caught my attention: more believers are walking away from church culture by the generation. These folks still believe, but they just don’t have what evangelicals like to call ‘a church home.’ Today, let me introduce you to Christianity’s growing numbers of churchless believers.

(Christianese: A “church home” is just a person’s regular church. You’ll find this phrase most often used by evangelicals. Where most Christians will ask, “Where do you go to church?”, these Christians ask instead, “Do you have a church home yet?” Evangelicals often call non-church-attenders “unchurched.” However, I find the term inexact because it could refer to believers or nonbelievers. For more info, please check out our longform review of Lee Strobel’s “Inside the Mind of Unchurched Harry and Mary.”)

A churchless believer is simply my term for a Christian who doesn’t belong to or attend any churches.

I’ve been interested in these Christians for years. For a while now, it’s seemed to me like every single Christian post I read about bad churches or misbehaving pastors consistently provokes tons of comments from Christians who’ve left church culture behind and now no longer belong to any churches.

These Christians all talk much the same way, too:

And lately, these churchless believers are turning into a crisis for Christian leaders. For every dazzling success story about how Jesus totally for realsies sent a churchless believer a perfect church home as a reward for their devotion (like this gal), many others never find what they need.

(See endnotes for a bit more about that gal. She’s hilarious, though not for the reasons she clearly wants to be.)

The Slow Exodus of Churchless Believers.

For years now, Christian leaders have known about the slow hemorrhage of firmly-believing Christians from their churches. They usually blame these folks for leaving for reasons that they, as the self-appointed judges here, find completely unacceptable.

Here’s a very good example of this blame game: Thom Rainer’s hilariously out of touch 2019 listicle. He and his commenters have a good time accusing everyone leaving their churches of not Jesus-ing correctly (like they do).

For all these Christian leaders’ concern, though, their flocks still keep drifting away, and they’ve been doing it for many years now. The trend has only accelerated in recent years. And it accelerates the fastest among Millennials. Check out Gallup’s graph:

I bet Gen Z will tell a very similar story once more of them reach adulthood.

This graph tells us that there’s always been this subset of Christians who believe but just don’t belong to any churches. That subset is just growing larger in recent years, is all.

(Christian leaders’ reactions to this trend haven’t changed much since 2013 at least, as this 2013 post on Premier Christianity reveals. Compare it to a pastor’s post from a few days ago on the exact same topic. The two writers organize their essays differently, but it all comes down to insisting that Jesus-ing correctly will totes fix everything.)

Churchless Believers in the Wild.

You can head to just about any blog post or news article online about Christian churches these days and find churchless believers talking in the comments.

At least, you find them in places that allow comments. Many Christian sites don’t, these days.

On a Carey Nieuwhof article, “5 Rather Startling Reasons People Leave Your Church,” the writer really has no idea why people leave churches. (As you likely already suspect, none of his reasons come even close to “rather startling.”) But check out this comment from “Rebecca,” dated February 3, 2019 at 10:13 pm. She begins:

I don’t like the pressure to instantly get connected and the fake welcome feeling. I wish I didn’t feel this way when attending church. It’s this feeling that has led me to church hop.

She writes at great length about how much she hates the churches she’s tried attending and how much her kids hate going to church at all. Her ultimate issues with her local church culture don’t sound fixable, and I think she realizes that.

To get that post, Rainer says in comments that he interviewed previously very active church members who’d fallen into inactivity. Interestingly, none of his interviewees actually deconverted. They just left church culture entirely. Churchless believers show up aplenty in his comments, along with frustrated Christians who say they’re about to drop out of their own churches. Watching these comments evolve through the years is fascinating to me.

Seriously. Look at any page online that even vaguely relates to church membership, and you’ll probably find these quiet voices trying to be heard: these churchless believers, navigating a world they never imagined themselves inhabiting.

The Fallout of Decreasing Church Membership.

Declines in church membership represent catastrophic changes on the horizon for the Christian Right. Most importantly, fewer butts in pews (BIPs) translate to massive declines in income and power for pastors — and fewer people voting the way their Dear Leaders demand, on behalf of Baby Jesus of course. However, this decline also means fewer people available for volunteer work and other free labor that churches desperately need, which means that whoever pastors can talk into doing that work is going to be increasingly overloaded.

I could also talk about how these declines might translate into shifts in political power for the Christian Right. Plenty of people are, for example Intelligencer. (It’s a good article too, especially regarding its warning bell at the end. I share that writer’s concerns.)

But for now, I just want to focus on the people involved: the church leaders and communities, and the rogue Christians walking away from their ranks.

To me, churchless believers tell the real story of Christian decline. They reveal why that decline is actually happening — and why Christian leaders will never, ever regain their power in any street-legal way.

NEXT UP: What churchless believers tell us about cherished Christian folklore and mythology. See you tomorrow!

Regarding that “this gal” link about the Christian who found a perfect church to attend: Ain’t it nice that Jesus took time away from watching toddlers die of cancer and starvation to create a perfect church for that random American Christian to attend? Dude has his priorities straight! Then we find out she actually writes for a site aimed at struggling Christians, and suddenly her weird, self-important, surreally-egocentric ‘testimony’ makes perfect sense. Betcha she’s Calvinist too — that “only by grace” thing in her bio blurb is a very big tell, as is her constant insistence that she’s really just an awful human being who’s just so totes astonished that Jesus is using her to do whatever it is she’s doing. These constant, strangely over-the-top shows of humility feel like fake fan-subtitles on an anime; they just don’t fit with the rest of her self-presentation at all.

Like most aspiring Christian influencers, though, she keeps her specific affiliations wayyyyy on the down-low. She does sound like a mess. But it’s a very bog-standard sort of performative mess rather than the Jesus-Powered sort of tee-hee-not-really mess she wants us to see, so that’s about the end of my interest in her. (Back to the post!) 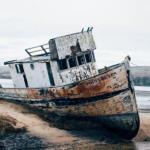 April 7, 2021
Matt Gaetz: The Principles of Power in Broken Systems
Next Post

April 9, 2021 What Churchless Believers Tell Us About Christians' Powers of Coercion
Recent Comments
0 | Leave a Comment
Browse Our Archives
Related posts from Roll to Disbelieve