Hi and welcome back! Yesterday, I showed you an episode of Gospelbound, a new-ish podcast from The Gospel Coalition (TGC). In that episode, a pair of hard-right evangelicals talked about how they could totally rescue their failing religion from utter irrelevance. And they proposed two prongs to their approach: showing off their Jesus Auras to impress potential recruits, and grabbing more control over the dwindling number of recruits they get nowadays. Today, we’ll look at how Jesus Auras work in TRUE CHRISTIAN™ mythology, and why this style of evangelism fails so hard.

Jesus Auras: TRUE CHRISTIANS™ Are Just So, I Dunno, Different, I Guess.

A certain breed of Christians just ache for a conversation that begins, Hey, what makes you so amazingly different from everyone else? I don’t understand!

Because then, they can answer with a big toothy smile: JESUS makes me so different!

They think the conversation begins with a mark noticing something different about them. (It ends with a nice bathtub baptism.)

I use the term Jesus Aura to describe that quality of surreal, divine weirdness that TRUE CHRISTIANS™ think they uniquely possess. They imagine this aura emanating from them especially when they’re being particularly Jesus-y. They think this aura both attracts and repels outsiders to their tribe, depending on the reactions they want and get. More than that, they think that no other religion grants its believers a comparable aura.

As the thinking goes, people can detect this aura easily, though they might not realize what it is. Hence, the paraphrased line from the movie God’s Club wherein a heathen boy describes a TRUE CHRISTIAN™ classmate’s appeal to him: She’s just so, I dunno, DIFFERENT, I guess. Christian movies often feature this kind of stunned admiration from heathens.

Alas, it just doesn’t work in real life the way Christians imagine it.

I spent most of my Christian years aching for that exact conversation, and never got it. None of my evangelical friends did, either. Even back then, people knew that there’s no real difference between the behavior of TRUE CHRISTIANS™ and everyone else — except in negative ways. We were such a blatantly dysfunctional, dishonest, unpleasant, and miserable-seeming group of people that even then, literally nobody wanted whatever we had. Things have only deteriorated in evangelicalism since then.

Well, in this podcast I got a big heaping dose of blather about Jesus Auras.

How Jesus Aura Evangelism is Supposed to Work.

Here’s the general outline of how TRUE CHRISTIANS™ are supposed to use their Jesus Auras to win converts:

This is the script that we find in that Gospelbound episode we reviewed yesterday. Its host, Collin Hansen, talks extensively with his guest, Gerald Sittser, about all that Christian folklore about their earliest days — especially regarding the earliest Christians’ claimed charity efforts. In the podcast, they approvingly call those efforts “great witness of the gospel.”

(In Christianese, “witness” is a multi-use word that depends mightily on context for correct interpretation. Here it’s a noun that means, roughly, “supporting evidence.” The phrase “great witness of the gospel” describes something perceived as a strong piece of supporting evidence for Christians’ claims. At other times, it means “a Christian’s personal level of credibility.” At still others, it acts as a verb and means “to make a sales pitch.”)

In reality, the script I described above explodes on impact with Step 1.

Showing off Jesus Auras fails because TRUE CHRISTIANS™ are all too busy being power-mad, control-grabby zealots to polish up their Jesus Auras in the first place. For years now, I’ve been reading evangelical-written books and blog posts lamenting evangelicals’ deep and abiding hypocrisy.

That was the whole point of the various “Scandal of the Evangelical X” books we’ve seen through the years!

I think that about covers all the scandalous evangelical bases so far. Maybe someone ambitious will publish The Scandal of the Evangelical Spleen someday. It doesn’t matter. They all make the same points in the same ways:

We have these rules, see. But our tribe refuses to follow those rules. That rulebreaking hurts our credibility, which in turn hurts our sales and churn metrics. So everyone needs to pick up the slack here by Jesus-ing harder. That’ll fix everything!

And as we’ve seen repeatedly around here, there does not exist any way for the leaders of these Christians to goose them into Jesus-ing hard enough to create such a difference. Evangelicals don’t generally join their groups to deny themselves what they want.

The upshot: if TRUE CHRISTIANS™ differ at all from non-tribemates, it is not in any positive way.

But Gospelbound takes for granted that TRUE CHRISTIANS™ are just so, I dunno, different, I guess.

Long ago, I bet some Mithraic priest stood and watched the earliest Christians doing their thang, and he contemplated his own religion’s shrinking congregations. I bet he thought back to his religion’s glory days. Maybe he wondered what would happen to his religion. Perhaps he resented the Christian interlopers poaching his flock.

I bring this up because religions have life cycles just like people do. Nobody worships the fertility god Dagon, nor Belatu, his “Lady,” anymore. Humanity’s earliest farmers once worshiped them in great numbers in their earliest cities.

But not anymore. What once swept across the entire known world is often known now — if known at all — only by niche historians and esoteric scholars’ clubs.

Let’s go back even further. Let us fly past the advent of farming, of cities themselves.

Whatever the first believing humans specifically believed, those very first gods exist now only in tantalizing hints in artwork and idols. (Like this one — so fascinating!)

One day, Christianity, too, shall fade like that. One day, future generations will marvel at how strange and silly its myths seem, just as today’s people do over those ancient faiths that died long, long ago.

Christianity is only one in a very long succession of powerful religions that rise from humble roots and eventually disintegrate again. Just as those other religions were purely human inventions, so is Christianity. It is neither different nor superior nor even remarkable compared to its many predecessors — or its many upstart competitors these days. All that differentiates any of them is their relative level of harmfulness toward adherents and outsiders.

Gospelbound’s creators and guests have chosen to handle their religion’s growing irrelevance in the worst — and yet most human — ways possible.

What Jesus Auras Really Are.

Declining authoritarian groups face some very big problems — most of them self-made. In this case, TRUE CHRISTIANS™ built their entire mythology on a base of the Bible being totes for realsies true and inerrant in every single way. When they still held nearly uncontested power over people’s lives, Christians could get away with making these claims and elaborating endlessly upon them. After all, nobody was allowed to examine their claims — much less find them lacking and reject them.

More than that, dominant authoritarian groups never have to figure out how to win recruits on their own merits. They’re the only game in town, so to speak. The tribe retaliates brutally against dissenters and those seeking to opt out of the game. Often, laws prevent dissent and opting-out.

So once these groups begin to decline, they face a double whammy. They constantly make demonstrably-false claims about themselves and their beliefs, and their groups are nowhere near appealing enough on their own merits for people to join them on a voluntary basis.

When decline comes their way, they have absolutely no constructive way of dealing with it. Instead, they go for broke on control-grabs. They try to make leaving their ranks as costly as possible, while they seek new recruits who respond to their authoritarian tactics. We see these same tactics in almost all authoritarian groups on the decline, and all through history as well. The more challenged a once-dominant authoritarian group feels, the harder they lash out with these exact tactics.

Ultimately, evangelicals’ claims about their Jesus Auras amount to self-serving folklore meant to reinforce the flocks’ self-image and sense of superiority over their enemies.

Thus, there’s nothing more human — and less divine — than Gospelbound’s use of Jesus Aura evangelism.

The Goals of Those Displaying Jesus Auras.

Think of Jesus Aura evangelism as one of those weird, super-complicated mating dances we see in the animal kingdom sometimes.

As such, these sales pitches aren’t designed to appeal to absolutely everybody — no matter what their creators might say to the contrary. Christians design Jesus Aura evangelism to appeal to one specific group of people.

The only people who’ll respond to this style of evangelism are people who can’t tell facades and veneers from reality. They’ll be folks who really want to belong to groups where performances and transactional behavior are valued. They’ll mistakenly think Christians are more trustworthy than other folks — and that Christians would never, ever lie while making sales pitches. And they’ll either entirely lack critical-thinking skills, or can be persuaded not to use them on religious claims.

Those people do exist, yes, albeit in small and dwindling numbers. (The situation reminds me of this beautiful and classic xkcd strip.)

Worse, the only thing that keeps these few customers once they sign up is sheer authoritarian force. If another salesperson comes along with a more authoritarian-sounding pitch, then these Christians will see their quarry dart away! (But we’ll cover Gospelbound’s strategy there next time.)

For now, we rest here: marveling at people who claim to follow a totes-for-realsies god, yet use such nakedly manipulative and power-grabby tactics to gain fewer and fewer followers every year. 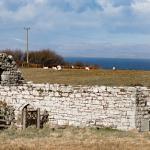 April 24, 2021
An Ex-Christian Evaluates a Gospelbound Podcast
Next Post 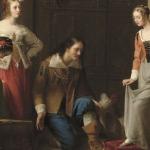