Hi and welcome back! Yesterday, we checked out a new survey from Public Religion Research Institute (PRRI). It gave us a wealth of information about how Christian beliefs have shifted and changed in America over recent years. Most of that news was very bad for white evangelical Christians. After I’d read PRRI’s writeup of their survey, I wondered what those Christians were saying about it. So I went looking. Today, I’ll show you what I’ve found so far — and maybe we’ll figure out why white evangelicals have been silent so far about this survey.

(Yes, I deliberately waited to talk about this topic till the PRRI survey had been out for a few days — not that waiting made any difference.)

PRRI’s survey came out on July 8 (relink to their writeup). So it’s been a few days! Religion News Service, a news site that reports on news from all sorts of religions and doesn’t seem to have a bias, wrote a very good story about it then.

However, Christian sites that cater to white evangelicals have been very quiet about it.

Christianity Today has been radio silent.

Premier Christian News bills itself as the “best Christian news” on Google Search. However, its site contained nothing about PRRI at all.

All in all, I gained a new site to laugh at: Christian News, which is probably the most hysterical, screechy, culture-warrior-y site of them all. Yes, even more so than WND — which also contained nothing about the PRRI survey. That said, on July 4th WND did cover Barna Group’s hand-wringing description of “counterfeit,” “fake” Christianity.

Oh, and I got excited when I saw this headline from Christian Today (a more UK-leaning site):

The rise of the religious nones may be slowing down

Y’all, I even checked Relevant (nothing), Church Leaders (nope), Charisma News (haha, as if), and Baptist Press (which was down for maintenance — and on the Sabbath at that).

So far, then, white evangelicals are being very, very quiet about this news.

And that’s weird, because white evangelicals have typically been very chatty about surveys in the past.

For example, Pew Research released their groundbreaking Religious Landscape Survey in 2015. Right afterward, white evangelicals went to town inventing reasons why their flavor seemed to be declining slightly less than other flavors of Christianity. Mostly, they decided that their decline wasn’t as bad because they totally Jesus-ed better.

Here’s a very small sampling of what we saw out of white evangelicals in years past:

Bear in mind that the entire Christian pie was shrinking. It’s just that white evangelicals’ slice of that smaller pie was proportionally larger than it had been before. However, in their rush to blast mainline groups and promote their own, white evangelicals completely missed that essential point.

(Well, except for Answers in Genesis. I’m not kidding. Of course, their self-interested takeaway was dead wrong, so I guess we can’t have everything.)

Instead, white evangelicals almost all seemed to think that mainline groups’ faster decline represented both a cautionary tale and a reason to gloat.

And After the PRRI Survey.

Well, now that PRRI survey has made one thing crystal-clear:

Whatever gloating rights white evangelicals might have (mistakenly) imagined they had once, those rights have dissipated like morning mist. Yes, the time of gloating is over. And even that’s the case only if they ever really had it at all, rather than just a brief bubble of time where their decline was on a different schedule than that of their enemies.

There really isn’t much good news in this new survey at all for white evangelicals. Not only did their numbers continue to decline over the past decade, but now their hated, derided enemies — white mainline Christians, oh the horror! — outnumber them (16.4% of Americans)! Where they are now (14.5%), that’s where white Catholics were around 2012! Where white mainline Christians are now, that’s where they were around 2016! Oh, the horror!

Yeah, white evangelicals cruised into 2006 claiming 23% of Americans. (I personally think 2006 represents their peak.) Things have changed for them since then. Meanwhile, their hated enemies, white mainline Christians, stand to recoup their 2006 position soon — and maybe even surpass it while those evangelicals languish.

And if their Dear Leaders have been insisting for almost ten years now that superior Jesus-ing protects a Christian group from decline, then those leaders have some explainin’ to do now that their supposedly superior Jesus-ing appears to have resulted in a worse decline for these TRUE CHRISTIANS™ than anything their enemies have faced.

Of course, they’ll still try hard to leave the Nones out of that equation, since according to the PRRI graph above Nones still outnumber any Christian flavor and have for almost 10 years. Best not to think about that, hmm?

(Gosh, y’all! Could Nones somehow Jesus the best of all…?)

A big part of me wonders now if white evangelicals are still trying to figure out how to spin-doctor this PRRI survey into something that’ll open the flocks’ wallets.

White evangelical pew-warmers will happily open their wallets to feel like the ragged underdogs fighting a superior foe. Sure, fine. In fact, hysterical shrieking about culture-war losses and the looming Endtimes is just business as usual. However, the flocks need to feel like they’re on the winning team. They need to feel that yes, they will absolutely, positively win in the end.

And this PRRI survey does not contain any reason to feel optimistic about white evangelicalism’s chances. Christianity’s decline seems to be slowing for a little while. However, white evangelicals’ graph line still trends downward. White mainline Christians’ graph still sharply rises upward.

Though white evangelicals have shockingly short memories for their own failures, they do eventually learn and retain longstanding teachings, and reject old ones. And for ten years, they have been stuffed to the gills with this rhetoric about superior Jesus-ing leading to success and ultimate dominance over everything — like a scary religious manifest destiny.

Now, their Dear Leaders must slowly turn the flocks around to the idea of superior Jesus-ing leading to decline, and those leaders will be hoping the whole time that nobody remembers the past decade of rhetoric about the dead opposite. As for winning everything, that’s why I’m nervous about whatever Hail Mary passes those leaders throw to keep their gravy trains running. Desperation breeds some really bad behavior in wingnuts, as we saw on January 6th.

So yes, spinning this PRRI straw into gold might take white evangelical leaders a little time. But I’m not worried. I have perfect faith in those leaders to bring about this shift. Their relentless self-interest, not any divine force, will make it happen.

In fact, this PRRI survey might just turn out to be the best thing that’s happened to them lately.

NEXT UP: LSP! Seeya tomorrow! 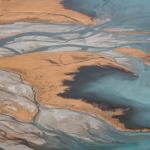 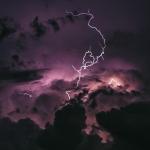 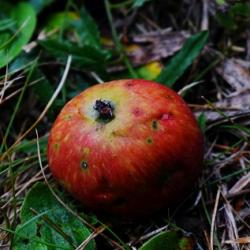