Hi and welcome back! Yesterday, we checked out the 2021 Book of Reports for the Southern Baptist Convention (SBC). It was sort of like an Annual Report, except it left out all the stuff that happened at their Annual Meeting this year. Instead, we got the basic statistics, reports, and overall writeups that come with an Annual Report. And oh boy, those statistics were dire. Today, let’s go over the declines that the SBC faced all over in 2020, and talk about why those declines likely happened.

(Here’s the link to the report itself, the 2020 report, and 2019. And here is the link to every SBC Annual Report since 1845. All reports cover the previous year, so the 2021 report covers 2020. These reports get compiled and finalized around the time of the big Annual Meeting, then released a couple of months later. Usually. Also, when I talk about evangelism as a salesmanship process, the product here isn’t Jesus or even conversion. It’s active membership in the evangelist’s own Christian group.)

Last year won’t crack very many people’s Top Ten Best Years They’ve Ever Had, to put it as mildly as possible. The SBC, as a denomination, wouldn’t be any different. Last year was, without question, one of the worst years they’ve ever had.

Every single metric that matters to the SBC declined last year. I’m not even kidding. Let’s go over their greatest hits. I wish I could show this to you in table format, but I can’t make that work. So here it is, as clearly as I can lay it out, from 2019 to 2020 stats, and then the decline in numbers (and % change):

Ratio of Baptisms, a calculation of how many baptisms they had to total members, went from an already-disastrous 1:62 in 2019 to I kid you not 1:114 last year. I still remember when they panicked some years ago when it hit 1:50 for the first time in ever (they very much prefer their ratio to be 1:20, but they’re okay with the 30s). Since crossing that Rubicon, they’ve rarely commented overmuch on each year’s subsequent rise. This year, that 1:114 cliff-dive didn’t even merit a comment in the Book of Reports. Maybe we’ll see something about it in the official Annual. Previous year’s ratio: 1:60.

Now, we know why most of these stats tanked, right? This isn’t exactly a victory for secularism.

As we’ll discuss in a moment, most of these declines are probably not permanent. And I’m not pointing and laughing at them or anything, here. I’m simply presenting what happened.

Show Us the Money.

The far more important metrics here, to Southern Baptist leaders no doubt, is what happened with their finances last year.

As I’ve mentioned many times, the SBC is entering a really lean period financially. They’re trying very hard to keep the flocks from panicking, since evangelicals in general tend to assume that any long-term setback indicates divine disapproval.

Unfortunately, there’s really not a way to disguise the simple reality of last year’s metrics. (All figures are in USD$.)

That’s possibly the least awful news of the year for these guys.

A Continuing Tragedy: The Cooperative Program.

That is serious, and here’s why.

The SBC uses CP funds for all kinds of outreach and missionary programs. Their seminaries are funded through CP, as are their foreign and domestic missionaries and missions boards. Since Southern Baptists pride themselves on missionary work, their member churches really should be donating a lot of money to the CP.

(Weirdly, the ERLC, or Ethics & Religious Liberty Commission, also operates through CP funds. That may indicate a bureaucratic hiccup, but it might also mean that the SBC’s top leaders see the ERLC as a strange kind of virtual-signaling exercise meant to attract and retain recruits, or at least that they saw it that way once.)

Thus, CP donations become a quick shorthand for how invested member churches are with the denomination’s overarching plans for world domination. This number should always be rising, because churches are always being added to the denomination. (Not kidding. They really like to see the number of churches rise each year — no matter what they have to do to make it happen.)

And it’s not rising. It’s falling, and the fall only accelerated this year, when the overall decline in donations slowed down. The share of CP giving as a percentage of Total Receipts is narrowing as well, though slowly and fitfully. (In 2016, CP giving was 4.15% of Total Receipts. That fell to 3.95% in 2020.)

Every Christmas since 1918, Southern Baptists raise money for their “Lottie Moon” drive. (If you’re wondering, Lottie Moon was a missionary to China.) All of the money raised goes to international missionaries through the International Missions Board (IMB).

However, their Easter fundraiser, Annie Armstrong, fared far worse. (If you’re curious, Annie Armstrong was a Baltimore-based domestic evangelist and a contemporary of Lottie Moon’s.) This money goes to domestic missionaries and is organized by the hilariously-abbreviated North American Missions Board, or NAMB. NAMB depends on this offering for about half of their budget. In 2019, NAMB raised $56M, which was a very slight decrease of $400k and -0.72% from the year before.

Yikes, just yikes, y’all. Now, some of this could be serious infighting. NAMB is having some political struggles right now. But still. Also, their 2021 goal is very nearly double what they actually got in 2020. That’s quite a stretch goal.

Look, very few people (except Southern Baptists themselves, of course) would ever mistake Southern Baptists for being kind, compassionate, charitable souls. But they at least make a stab at maintaining appearances.

However, their Global Hunger Relief fundraising continued to tank. They receive money through three different channels for this fund. Money can be sent to the SBC’s own Executive Committee (EC), IMB, or NAMB. And giving to all three channels continues to decline.

Interestingly, that decline slightly improved in 2020 to the first two channels, but declined much more steeply to NAMB, going from an -11% decrease in 2019 to a -17% decrease in 2020.

I think NAMB might be having more political trouble than we initially thought.

As we’ll see next week when we take our evangelism training for Beach Reach (YES oh YES, let’s get drunk and do this thang), though, mayyyyybe it’s for the best that the SBC stays out of charity work.

Of course, a whole honkin’ lot of that decline can be explained by the pandemic.

Despite what many evangelicals hilariously tried to pretend to the contrary, it looks like most Southern Baptists took the whole year off from trying to sell their product. Churches held virtual services for a lot of that year, which I’m sure really took the pressure off potential recruits as well.

Evidently Southern Baptists themselves also felt less pressure to give till it hurt.

The entire reason I got disillusioned with the SBC itself, when I joined an SBC church (briefly) as a teenager in the 80s, was my perception that the pastor constantly demanded money. Indeed, the megachurch I’d joined seemed to spend money in mind-blowing, downright profligate ways that never seemed to improve the Christian virtues of its members.

Those constant hands-out, gimme-gimme, guilt-tripping demands for money obviously work, however, just like their high-pressure recruitment strategies also work for a certain kind of mark.

We can know both of these things for a certainty, because the one year that SBC pastors and leaders couldn’t apply their preferred sales tactics, their metrics all tanked catastrophically.

I wonder if the SBC’s leaders see this truth? Cuz I bet they do.

The Year That Defeated Jesus Power.

A solid year+ free of those pressures might prove disastrous to the SBC’s long-term survival. Once someone gets away from a very controlling group, it becomes much harder to perceive their leader’s demands as necessary to life. This separation gives their “god-shaped wound” time to heal.

This is also why Amway leaders indoctrinate their victims to listen to rah-rah messages every single day and attend constant pointless busy-work meetings. I’ve heard many ex-Amway sellers confess that once they stopped doing these daily rituals, their sense of urgency to obey their leaders’ instructions faded very quickly.

Well, the SBC’s had a similar situation this past year. All their blah-blah about Jesus Power can’t take the place of actual in-person manipulation. If that in-person pressure eases off even a little, “Jesus” sure won’t help them ensure those levels stay high.

I don’t think SBC leaders will miss any of the lessons imparted by their Book of Reports this year. Evangelical leaders smell money the way ants smell pheromone trails, and they learned the knack for many of the same reasons. 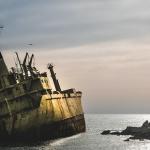 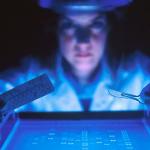 July 19, 2021 DNA Study Tells Us That We're Barely 'Human' At All (LSP #201)
Recent Comments
0 | Leave a Comment
Browse Our Archives
get the latest updates from
Roll to Disbelieve
and the Patheos
Nonreligious
Channel
POPULAR AT PATHEOS Nonreligious
1