Hi and welcome back! Man alive, does anything contradict Christians’ own claims about their religion quite like their own behavior does? We’ve got another entry in that category today: a rip-roarin’ church power struggle. But this time, the subject of our scrutiny has made quite a promise to his congregation — and it’ll be interesting to see if he can make good on it. Today, let’s see how Todd Elliott celebrated regaining control over his mutinous megachurch.

Located close to a waterway in a nice part of Myrtle Beach, South Carolina, Beach Church looks well-situated to dominate its community. (I’m kinda jelly that they are literally around the corner from a Medieval Times restaurant.)

From the outside, it looks like a Lowe’s hardware store from the mid-2000s.

Inside, it’s got the usual assortment of big-screens, movie-theater chairs, and expensive light and sound systems.

Elsewhere, I noticed that they claim to be non-denominational, which these days means Southern Baptist without the official title. Indeed, on their “What We Believe” page, we learn they’re the usual fundagelical bigots and culture warriors one sees everywhere trying to obscure just how awful they are. If you need the full details on their beliefs, here’s their link to a 12-I-kid-you-not-TWELVE-page PDF.

(Controlling much? Oh, and on p.7 we see that this megachurch demands “covenants” of its members. Yep, that’s a red flag.)

Despite its shortcomings, it boasts 1600 members and has been growing quickly, which makes its pastor a rock star in evangelical circles.

And that pastor, Todd Elliott, is also the usual sort we see in these place. He dresses quite casually considering his position, with most of the congregation following suit. He’s not the founding pastor, though. Ronny Byrd started the church in 1992. Elliott came on board amid what sounds like a coup around 2009, along with a mess of new management-level elders.

Also, Elliott was a co-pastor for a while with Damon Adcock, who’d been there since 2005. Interestingly, Adcock quietly melted out of the picture in 2018, and I’m not seeing why. Adcock did not move laterally to any other churches after leaving Beach Church. Instead, he headed into the financial world.

So we’re looking at a megachurch with a great deal of turnover and leadership shifts that reek of high-level palace intrigue.

Another Day, Another Coup for Todd Elliott.

This story comes to us from Religion News.

For years now, Todd Elliott and his elders have been fighting over who holds ultimate control over the megachurch. Obviously, Elliott — as the sole megapastor by them — thought he should wear the crown. But his elders disagreed. Like most megachurches do, Beach Church operates under bylaws that divide power between the pastor and a board of elders. In fact, those elders hold more power than the pastor does.

(I see this lopsided division quite often in large or well-established churches that must hire a new pastor after their first one’s firing/retirement/slinking away. It’s like they’re nervous about giving one person that much power ever again. Who can blame them?)

The fight was coming to a serious head in early July.

Well, on July 11 Elliott apparently decided to up the ante by outright quitting out from under them all. It was a surprising move, to the congregation at least. The elders were even more surprised because they’d just had a meeting about his departure. He’d given them his game plan in writing already, and this wasn’t how it was supposed to go!

Anybody who’s done hard time with a narcissistic person, however, knows this song and dance by heart, hmm?

The Peasants Wanted Their King Back.

Megachurch pastors tend to be fountains of charisma — especially ones with narcissistic streaks, who know well how to manipulate crowds.

And I strongly suspect Todd Elliott knew what would happen next.

A decently-organized bunch of laypeople from the megachurch immediately formed a Facebook community called Beach Church Together (archive). As of today, it is private. However, the group’s profile page says it was created the very day Todd Elliott quit — and it contains 741 members. (Remember, the church itself contains about 1600 people, so this group represents dang near half the congregation!)

This group wanted Todd Elliott back. They didn’t want him to leave. They were shocked and dismayed at the private brouhaha that abruptly erupted right in their faces.

For a few days, a bunch of maneuvering and politicking clearly happened behind the scenes. But after that, the elders had all resigned, the locks on the doors had been changed, and Todd Elliott was re-ensconced on his throne.

Seriously, Todd Elliott quit one Sunday and was back in action the very next Sunday!

Though Todd Elliott seems to be back in the saddle, there’s still a lot of legal stuff to figure out. The elders (who all resigned, remember) aren’t sure now if their resignations were legally valid according to the church’s bylaws; indeed, various other church leaders and corporate folks rejected their resignations. And Elliott isn’t officially rehired yet, which makes his return to the stage a bit premature.

There’s also the matter of Elliott having signed an agreement to leave, get severance pay, and not talk trash about Beach Church, which he’s sorta violated six ways from, pardon the term, Sunday.

Right now, Beach Church contains two completely separate factions that both claim to rule the kingdom. The chairman of the elder board describes Elliott’s behavior as “the takeover of the church” and sounds really impressed at how quick and well-organized his coup was.

However, Todd Elliott does not appear on the staff or ministry pages anywhere that I could find as of the evening of 8/29/21. He’s already trying to get some new bylaws into place, though he might still get ousted somehow. Somehow, though, I doubt it. The elders sound resigned by now.

Todd Elliott Blames the Bylaws — and Makes a Big Promise.

Interestingly, in his triumphant-return sermon Todd Elliott blamed the bylaws themselves for making previous pastors upset enough to quit. I wonder if he’s talking about Damon Adcock here? Or even Ronny Byrd, the megachurch’s founder?

Elliott also claimed that those bylaws held Beach Church itself back from its full potential. On the stage on the 18th, he blustered:

He’s made his church a pretty dang big promise. And it’s the kind of promise that can be fact-checked. If he wants to claim the church’s bylaws have somehow kept that place from exploding in membership and miracles, and that now that he’s gutting those bylaws they’ll totally see some fireworks for sure, then I hope the congregation of Beach Church holds him accountable.

Because from where I’m sitting, the only things that come to a church that foolishly hands unilateral, unchecked power to an authoritarian leader is rampant abuse and misery for all but a very favored few. No exceptions.

No gods will hold back Todd Elliott’s hand. Only people can do that, but now he’s figured out a way to stop anyone from reining him in ever again.

NEXT UP: LSP! See you tomorrow!

(I kept wanting to type the church name as “Beach Reach.”) 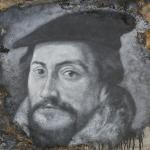 August 28, 2021
Calvinists, On Why People Dislike Calvinists
Next Post 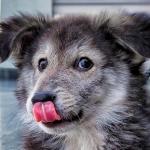 August 30, 2021 Speaking in Tongues on TikTok (LSP #207)
Recent Comments
0 | Leave a Comment
"Unfortunately when they're partially erupted you can get infections no matter how good your oral ..."
Polytropos Myxozoa: Pushing the Limits of Definitions ..."
"Ah, is that what it is? I was just going off what I've observed from ..."
Polytropos The Flocks Still Don’t Like Evangelism: ..."
"Yum. I'd be happy to suffer through that. :)"
LynnV Myxozoa: Pushing the Limits of Definitions ..."
"That process seems beyond the reach of most fundies."
flexilis The Flocks Still Don’t Like Evangelism: ..."
Browse Our Archives
get the latest updates from
Roll to Disbelieve
and the Patheos
Nonreligious
Channel
POPULAR AT PATHEOS Nonreligious
1