How to Totally Solve Spiritual Drought

Hi and welcome back! Yesterday, we checked out a Christian essay describing spiritual drought. That’s the feeling Christians get when they just don’t feel connected or filled-up by their god. At any given time, huge numbers of Christians feel this way. And obviously, that’s a problem. After all, their marketing says their god is standing by, 24/7, to tend to them and listen to everything they say in prayer. But don’t you worry! Christian leaders have totally solved this pressing problem. Today, let’s look at how Christians suggest their flocks renew their connection to Jesus, thus ending their spiritual drought for good.

For a religion that literally markets itself as containing a loving god who aches to be around his ant farm pets, Christianity sure has a big problem with spiritual drought.

Spiritual drought is a state of perceived emptiness and disconnection from Jesus. Believers in every single flavor of Christianity can go through this state from time to time. Some believers even spend years and years like this.

Here is how one website, The Aquila Report, describes spiritual drought:

If you have been a Christian for any amount of time, you know that spiritual passion, sight, and affections ebb and flow. At times our sense of spiritual realities can be strong and vibrant. Other times our hearts feel like lead weights, and we find ourselves longing for God to visit us once again and bring refreshment (Ps. 85:4-7). These seasons are usually referred to as times of “spiritual drought” or “spiritual dryness” [. . .]

Christians like to describe this state in terms of dryness, arid desert conditions, and so forth. They do that because their religion uses a lot of water metaphors for divine stuff like baptismal rebirth. (This is also why the Southern Baptist Convention (SBC) refers to their ongoing decline as a “baptism drought.”)

Accordingly, Christians perceive spiritual drought as ending with imagery of rain and flowing waters. Their god provides it to refresh and revive them again.

This metaphorical water brings back those much-desired feelings of connection to Christians — at least, until their next spiritual drought.

The Causes of Spiritual Drought, According to Christians.

Almost all Christians agree that improper Jesus-ing causes spiritual drought. Seriously. Either the drought-sufferer is being naughty somehow or has unaccountably latched onto the wrong flavor of Christianity. No Christian who Jesus-es correctly and follows the rules can suffer spiritual drought, because there’s simply no way for such a Christian to be disconnected from their imaginary friend in the first place.

That is why that Aquila Report site (relink) begins its post about spiritual drought by outlining all the offensive behavior that could disconnect a Christian from Jesus. Naturally, it starts with “unchecked lust” as the #1 culprit. Finally, at #4, they arrive at basically-incorrect Jesus-ing.

Similarly, that guy we talked about yesterday, Shane Idleman, seems utterly convinced that if Christians refuse to get rowdy in worship, obviously that’ll lead to spiritual drought (though he doesn’t use that exact phrase to describe it, probably because he’d already crammed his post full of gun metaphors).

Over and over again, we see these two causes blamed for spiritual drought.

How to Cure Spiritual Drought, According to Christians.

Since Christians tend to think of spiritual drought as the natural product of improper Jesus-ing or sinfulness, obviously the cure involves reversing those two situations.

It doesn’t matter what flavor of religion you check out for solutions. They almost all begin with the assumption that the drought-sufferer isn’t Jesus-ing correctly somehow.

If you’re wondering about that “almost” back there, the rest just offer pure Christianese gibberish as incomprehensible, crazy-making non-solutions, like Kenneth Copeland’s site does.

As a mental exercise, now that you know this:

Imagine what it’s like to be a Christian going through a spiritual drought. Imagine that you’re pretty sure you’ve repented of everything sinful you’ve ever done and that you Jesus just fine. What do you suppose your churchmates will say if you reveal your struggle?

How d’you suppose they’ll react when you tell them you already did all that, but the spiritual drought remains?

Real Talk: Why So Many Christians Can’t Find the Rain.

Real relationships require two-way interaction and engagement on levels that go past the transactional. They require constant check-ins and deposits of time and energy. It doesn’t matter what the relationship is. It can’t survive if only one person is actually going through relationship motions while the other ignores them completely.

Most of us figure that out in first grade, after our first “boyfriend” or “girlfriend” breaks up with us through two proxy intermediaries and a scribbled note at recess, months after we last talked. We learn: It’s not a real relationship if it only exists on one side.

But that’s exactly what Christianity is.

It’s not a real relationship. Literally every aspect of a Christian’s walk with Jesus, to borrow their phrase, happens within that individual Christian’s mind. Nothing outside of that Christian confirms any interaction with Jesus, because he’s not talking to anybody.

So any periods of fervor and rain, so to speak, occur because that individual Christian worked up to it on their own.

If that person ever stops working themselves up, Jesus sure won’t suddenly realize they’re playing coy and blow up their phone with texts demanding to know what’s wrong.

In so many ways, the entire concept of spiritual drought represents yet another potent contradiction to Christians’ marketing claims about their god.

But the truly “good news” is this:

Once I deconverted, I finally learned what a real relationship looks like. And I was never fooled again. I hope every Christian who suffers from spiritual drought comes out the other side like I did, and goes on to better relationships too.

NEXT UP: 1st-Century Friday! We’ll be finishing up our list of actual-contemporaries-of-Jesus. See you tomorrow! 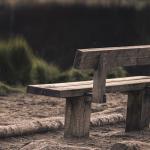 September 1, 2021
The Ease of Fake Sincerity in Christianity
Next Post 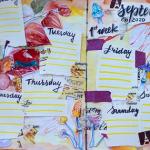 September 3, 2021 Filling in the Blanks in Our 1st-Century List (#11)
Recent Comments
0 | Leave a Comment
Browse Our Archives
get the latest updates from
Roll to Disbelieve
and the Patheos
Nonreligious
Channel
POPULAR AT PATHEOS Nonreligious
1