Ronnie Floyd is Still Pushing ‘Vision 2025’ For Some Reason

Hi and welcome back! The Southern Baptist Convention (SBC) is still panicking over their sharp decline in numbers last year. In the wake of that worrisome decline, Ronnie Floyd has stepped into the breach with his ‘Vision 2025’ initiative. That’s a hilariously bad booster program that he promises will totally turn this failtrain around for the SBC. Today, let’s check out Vision 2025 — and see why Ronnie Floyd just can’t let go of what he really hopes will prove to be his legacy to the entire SBC denomination.

(I just found their full 2021 Annual Report. It’s not on the SBC’s main website yet. Here’s the URL. We’ve been wondering how they work out how many Messengers an SBC church may send to their annual jamborees, and p. 7 seems to contain that info. Interesting!)

Ronnie Floyd is a big honkin’ deal in the Southern Baptist Convention (SBC). In 2019, he quit his pastor gig in Arkansas to become the full-time CEO of the SBC’s Executive Committee (EC). And I can see why.

The EC is also a big honkin’ deal in the SBC. It directs the day-to-day business of the SBC, as their own writeup reveals, as well as recommends the SBC’s operational budget, decides on the SBC’s core strategies, and publishes the denomination’s Annual Reports. As part of its fund allocation duties, it also distributes the flocks’ donations around all sorts of subgroups. Perhaps most interestingly, this committee also deals with sexual abuse accusations made against SBC leaders.

Unlike the President of the SBC, a position which must be elected every other year, the EC is there pretty much forever. Or until a scandal takes one out. Whatever.

He’s been working his way up the ranks for almost 25 years now. In 2016, Donald Trump even invited him to join his evangelical advisory board. He accepted with oh-so-very-pious handwaving around why he’d gladly sacrificed his credibility for more political power.

So Ronnie Floyd might just be one of the most powerful men within the SBC’s bureaucracy. At his heart, he’s a conniving authoritarian, a political animal with greedy ambitions that know no limit — and convictions that clearly can’t stand even for one moment against those ambitions.

And yet most non-evangelicals have no idea who Ronnie Floyd even is.

I kinda think he likes it that way, most of the time.

At the same time, Ronnie Floyd is, if Wikipedia is correct, coming up on toward retirement. He’s 65 right now. And y’all, an SBC-ling starts to think in terms of his legacy around such times. At the moment, his legacy looks a lot like being the guy who tanked the SBC’s credibility forever in exchange for temporal political power. But he’d like it to be something just a bit more sublime-sounding.

In February of 2020, we learn in the 2020 Annual Report, Ronnie Floyd began talking about this “VISION 2025″ initiative. According to their rah-rah blahblah about it, its main goal is ” to reach every person with the gospel in every town, every city, every state, and every nation.”

The SBC planned to unveil this initiative at its annual meeting that year, which is when Ronnie Floyd had hoped to unveil the initiative, get buy-in, and start working on directing it all.

And then the pandemic happened a month later, and the world ended.

Alas for Ronnie Floyd, the whole notion had to kinda be shelved until the next year.

Yes, they’re funding this out of the CP. The CP is one of the most important funds in the entire SBC. Member churches demonstrate their commitment to the denomination by donating funds to this fund, which then gets distributed among a number of top-level projects: missionaries, seminaries, the Executive Committee itself of course, and even public-facing entities like the Ethics & Religious Liberty Commission (ERLC). The CP is what determines, as well, how many people churches can send to the SBC’s annual meetings. When churches want to show they’re peevish about something, they pull back on CP giving — and the SBC jumps in response.

In this case, we learn as well on that budget page, if the CP gets more donations than expected over the next year, 10% of the overage will go to VISION 2025.

At the big Annual Meeting a few months ago, Ronnie Floyd was given time to speak to the denomination itself about VISION 2025. We’ve been hearing off and on about the initiative for some time now, but it was finally made all official-like.

(By the way, I’ve no clue why he puts it in capitals. I guess he just wanted to invoke the cruise-control for coolness.)

On p. 68-69 of the 2021 Annual Report (relink), we see the same strategies reprinted with two exceptions:

On page 118, we see VISION 2025 mentioned by J.D. Greear during his speech to the convention. Greear recommends pairing it with a missionary program called “Go2,” which encourages SBC college graduates to do missionary work before settling into their post-college jobs.

And that’s basically it for VISION 2025 in the most recent Annual Report.

So in a lot of ways, VISION 2025 is about rejuvenating the SBC as a whole — and bringing it out of decline at last. Except it won’t.

Ronnie Floyd is hoping for nothing less here than the creation of artificial and temporary growth that can’t possibly last. Take a look at the initiatives involved here, the main strategies Ronnie Floyd suggests:

That is just remarkable to me. All of these strategies focus on temporary growth without any lift in adult membership to support it. The under-18 set sure don’t have jobs that’ll allow them to massively support all this stuff; that’s for the adults in the SBC to handle.

But there’s one thing missing from this initiative. It’s something really big, and it’s the key — along with that child-predation strategy — that tells us exactly what VISION 2025 really is.

What Ronnie Floyd Doesn’t Want Us to Notice.

At no point in the VISION 2025 initiative’s planning do we see anything about evangelizing adults.

Why not? We see missionaries deployed, we see churches being planted whether an area needs it or not, we see demands for more donations to fund it all, we see them specifically targeting children, but where are the adult evangelism programs? These increases in missionaries won’t produce many new members in and of themselves. Nor will opening oodles of new churches.

For that matter, why does the SBC specifically say that baptizing children in particular is going to “turn around our ongoing decline,” but doesn’t mention anything about baptizing adults?

Does the SBC know that they’ve lost the adult demographic for good, thanks to their overall toxicity and shocking hypocrisy?

I think that they do.

Whatever gains SBC churches make from here on in will likely just be movement across churches, not incoming new blood from outside the network.

(Yep, we’ve found yet another similarity between multi-level marketing schemes and evangelicalism!)

And it sure looks like Ronnie Floyd knows this. That’s why he’s pushing so hard on evangelizing children, while crafting increases in capacity for churches to support lots of lateral movement of adults into the SBC.

NEXT UP: Speaking of lateral movement, Al Mohler has expressed the SBC’s position regarding Joe Biden’s vaccine announcement. Man alive, this is one time I don’t like being right. 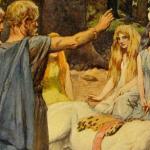 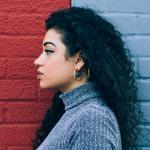