Hi and welcome back! I just spotted this story over at Science News, and it just fascinated me. There are these things called ‘ghost tracks’ — they’re human footprints that pop up for a bit and then disappear across the ground. And we’ve found some enormously old ghost tracks in New Mexico that tell us something very important about our history: humans got to the New World a lot earlier than scientists had previously thought. Today, Lord Snow Presides over a story we’re still writing and studying — the story of ourselves.

(Click here to get a sneak peek at this week’s 1st-Century Friday topic!)

For a long time, scientists thought that people had crossed the Bering land bridge, which is more properly called Beringia. This stretch of land once connected Asia to North America. And it was huge.

Around 11k-13k years ago, sea levels began to rise. As they did, the waters began to submerge that land bridge. Eventually, it closed. Asia and North America were now separated — though not by much.

But for those 10-15k years the land bridge existed, people went back and forth across it. They settled North America. Then, some of those settlers came back, and then some went back over the bridge again. Others worked their way (very quickly, it seems) all the way south along the coast to the southernmost part of South America.

Scientists have been able to track this movement through human DNA.

We’ve found lots of other stuff to corroborate our theories about how North America came to be settled. Folks have found fossils and other artifacts that keep expanding our understanding of this period of time.

We used to think that humans came here about 13k years ago, as the massive glaciers began to recede and uncover the land bridge again for a brief few thousand years. But we keep finding artifacts that push that date back.

And now, we’ve got these ghost tracks to tell us something new.

How People Analyzed the Ghost Tracks.

At White Sands National Park in New Mexico, archaeologists analyzed ghost tracks in some outcroppings by the park’s Lake Otero. There, they found lots of these enigmatic human footprints imprinted in the hardened muck.

In fact, scientists have known for a couple of years now that this park’s ghost tracks might hold some very important information. In 2019, Scientific American talked about it. And another study from 2018 found that humans had some interaction with the giant sloths that lived there.

For this particular new study, scientists checked out the remains of seeds and plants that were squished into those ancient human footprints or were crushed between them. Those remains would be about as old as the footprints were. And those plant remains turned out to be between 21k and 23k years old.

As one anthropologist in the Science News story, Loren Davis, put it:

This is the kind of stuff that makes you rewrite textbooks. [Source.]

Amazingly, the ghost tracks were made over two millennia.

Even more amazingly, the footprints appear to be those of children and teenagers. Nearby, researchers noted the huge prints of mammoths and other now-extinct animals.

So for two thousand years, kids hung out at Lake Otero among the giant animals that came to the lake or lived near it.

Twenty-thousand years ago, things looked really bad for all life on Earth. That was a time scientists call “Last Glacial Maximum.” It was about 10 degrees Celsius cooler than it is today, so a lot of the planet was covered in ice. Things were dramatically difficult for humans.

And yet we survived. Generation by generation, we climbed our way through the bitter cold.

So our ghost tracks might be located in a warm, sunny clime now. They may appear beside a lake that represents blessed coolness to humans now. But at the time, it was freezing cold. And still, a bunch of prehistoric kids thought for generations that it was a lark to go wandering around the lake.

Who knows what they were doing? Were they gawking at the megafauna? Just trying to get away from the adults for a bit? Somehow helping the adults hunt during a very difficult period of time?

Maybe we’ll find out one day.

All I know is that today, Lord Snow Presides over a fascinating story that continues to unfold: the story of how we came to be who we are today.

NEXT UP: On Wednesday, we’ll be meeting the strawman Ghosts of The Great Divorce. See you then!

For 1st-CENTURY FRIDAY: Justin Martyr! I’m planning to finish our series after that with Celsus. But Justin Martyr — though he’s way out of date for contemporary status, having lived from 100-165 CE — certainly gives us a lot of food for thought regarding early Christianity. He should be a real hoot to study.

As always, nobody is required to do anything. I’m just offering a heads-up about what Friday will contain, in case anyone wants to check it out for themselves ahead of time. (Back to the post!) 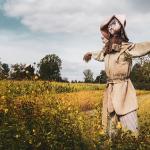 The Ongoing Catholic Scandal: What the...
Roll to Disbelieve 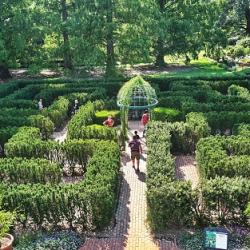 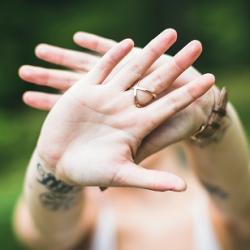 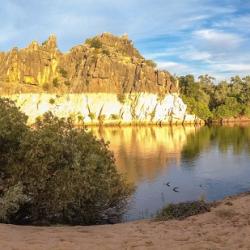 Nonreligious
Sir Archibald Explores the Hell of 'The Great...
Roll to Disbelieve
TRENDING AT PATHEOS Nonreligious