Hi and welcome back! As we cruise into the weekend’s look at the abuse megascandal rocking the Southern Baptist Convention (SBC), I just wanted to mention this small facet of the case. An extremely powerful voice from the SBC’s recent past, Mark Lanier, has been trying to sway the SBC’s sex abuse task force. Today, I just want to show you Mark Lanier’s past with the SBC — and why he, more than just about anybody, might know just how disastrous the truth can be for wrongdoers.

(Today is a short overflow post so Disqus doesn’t cause issues for commenters. Overflow posts are always off-topic wonderlands.)

In SBC terms, Mark Lanier is one of the powers behind the thrones of its biggest-name leaders. He works as a lawyer in Houston. He’s also an extremely fervent member of the SBC. And he’s all tangled up to his neck in the biggest, worst abuse scandals to rock the SBC’s upper echelons.

To begin his story, though, I need to first show you Paul Pressler.

Paul Pressler was a Texas House Representative in the 1950s, as well as a Texas state judge. He was also an absolutely crucial part of the SBC’s so-called Conservative Resurgence.

Between the 1970s and 1990s, a trio of SBC leaders got upset over the denomination’s perceived move toward women’s rights. These three were Paige Patterson, Adrian Rogers, and Jerry Vines. They figured out not only how to stop that movement, but also how to completely replace its egalitarian-leaning leaders with hardcore conservative fundagelical wingnuts. Paul Pressler signed on very early to that effort, as we see here in a writeup of what these arrogant gits called their “Battle for the Bible.”

Al Mohler likely got his leadership position at Southern Baptist Theological Seminary because these big leaders recognized in him that essential quality of lickspittle devotion they needed. He hasn’t wavered since in displaying that quality, either.

But Paul Pressler seems to have represented a different kind of usefulness. He helped them get stuff done. So his compatriots ignored what became the “worst kept secret in Houston” — Pressler’s enjoyment of abusing boys and young men who were allegedly chosen from “various church youth Bible study groups.” Indeed, that’s how he got his hooks into the man who eventually sued him for it.

Mark Lanier, From the Shadows.

In 2017, a man accused Paul Pressler of long-term molestation and abuse. Gareld Duane Rollins also accused Pressler’s wife Nancy, his law partner, the church Pressler and the accuser both attended (First Baptist Church of Houston), Southwestern Baptist Theological Seminary, and in a masterstroke, the seminary’s president, Paige Patterson. The accuser said all these other folks and institutions’ leaders helped cover up Pressler’s abuse.

In turn, Patterson hired Mark Lanier to represent both him and his seminary.

The lawsuit is still wending its way through the legal system. A few years ago, a lower court dismissed the case, but Rollins won his appeal this past March. It looks like the lawsuit has grown to encompass the entire SBC as a denomination. (You can see the writeup of it here.)

I don’t see any mention of Mark Lanier or Paige Patterson, so I’m thinking Lanier successfully extricated Patterson and the seminary from the case. The SBC itself has hired James P. Guenther, a Nashville-based attorney, to represent its interests. Guenther’s quite an interesting character himself; according to this comment at Wartburg Watch, for decades now he’s been a “go-to lawyer” for the SBC. His 2005 statement regarding the “legal peril” a successful abuse lawsuit would represent for the SBC has proven prescient.

Lately, it looks like Mark Lanier has turned his hand to writing apologetics. One of his books is called Christianity on Trial: A Lawyer Examines the Christian Faith. This Christian’s review gushes over it and Lanier himself, calling him “one of America’s top trial lawyers” with “vast experience.” The reviewer also notes that Paige Patterson supplied one of the endorsements for it — without mentioning, of course, that Lanier had defended him in a trial.

So this is Mark Lanier. And he recently offered the SBC his professional opinion about its current sex-abuse megascandal.

How Mark Lanier Came Into This.

As the SBC gears up to try to avoid dealing with its sex-abuse megascandal, their “Sexual Abuse Task Force” has hired Guidepost Solutions to help them. We’ve talked about Guidepost before. We were not impressed, to say the least. Their job seems to be giving the SBC plausible deniability, more than anything else.

Mark Lanier sent a legal opinion to this Sexual Abuse Task Force about a suggestion Guidepost made. He’s not involved directly with the situation at all. Instead, the task force has hired James P. Guenther (among others) to advise them.

Currently, the task force wrestles with how to begin investigating all this sex abuse without putting the SBC in the same situation the Catholic Church is in right now. Catholic churches pay many millions of dollars to countless victims, bankrupting entire dioceses — and the situation only seems to snowball the longer it lasts. The task force needs to find a way to investigate without opening the SBC to that risk.

The biggest concern of the task force now involves attorney-client privilege. Guidepost wants them to waive it so they can provide the fullest possible report to the SBC’s leaders, the denomination’s members, and the general public. An investigation lacking transparency will potentially backfire hard on the SBC — and its leaders know this.

Thus, Mark Lanier offers an authoritative voice regarding serious sex abuse (and sex-abuse cover-up) accusations. I bet the SBC knows this, too.

What Mark Lanier Said to the SBC.

In his legal opinion, Mark Lanier has advised the SBC to be extremely careful about when and how they relinquish attorney-client privilege — and to be even more careful about exactly what they decide merits this action. He told them:

“Guidepost, as can be best understood, has claimed that a blind waiver is best practices here because the Messengers indicated that they wanted full transparency and blindly waiving privilege is the only way to get full transparency,” Lanier wrote. “…Lawyers in litigation can always make strategic waivers should such be important for fairness or justice. However, that should never be done in a sweeping way without input of the litigating counsel.” [Source]

A few years ago, SBC leaders thought only of protecting themselves. Mark Lanier knew how to advise them how to do that, too.

Today, self-preservation still represents their first and foremost concern. And again, Mark Lanier knows exactly what’s at stake. He knows exactly what could happen if the SBC doesn’t gain big approval from its handling of its biggest, most widespread scandal to date. However, what matters more to him is protecting SBC leaders and the denomination itself.

That’s a serious red flag, by the way. When people serve the group’s interests, rather than the group its members’ interests, that puts the group’s defense above anyone’s safety and protection. That’s when abuse becomes not only possible but inevitable. All that group needs at that point is one bad-faith leader to infest its leadership ranks.

This is Explosive Stuff.

According to Kentucky Today, a bunch of Executive Committee trustees have already resigned over this discussion. They end their article:

According to SBC EC chair Rolland Slade, “…a handful of trustees have resigned [since the Sept. 21 meeting] and, if the board were to vote to waive privilege, I expect a handful more to do the same.”

Slade was added as the signatory—instead of EC president Ronnie Floyd—on an updated letter of engagement released by the task force. As the meeting approaches, Slade asks all Southern Baptists “…to continue to pray for us as we wrestle through these decisions.”

But I don’t know why he’d add that last bit. I reckon it’s just boilerplate by now.

In reality, no gods at all got the SBC’s leaders into this problem. And I doubt any gods care about the victims of their abuse or want to help anyone.

The time for any gods to act would have been before the SBC began protecting its leaders at the expense of the thousands hurt by them. Better yet, they could have proven their usefulness by acting before the SBC’s leaders began abusing anybody at all.

NEXT UP: We dive into the frantic efforts of the SBC’s abuse task force to avoid engaging with their megascandal. See you tomorrow!

This is an overflow post. If I notice we’re at 450ish posts by 6pm my time on an off day, I’ll do my best to get us an overflow post so we can continue our discussions more comfortably. Publishing schedule for full posts: LSP/M, W, F, Su. Overflow posts are automatically OT-friendly. 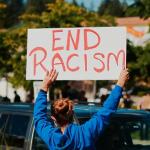 October 6, 2021
Josh McDowell: Cast Out of the Crony Network
Next Post 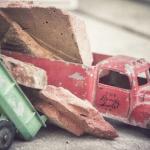