Hi and welcome back! I noticed someone saying something about forgiveness in a video last week, and it’s been on my mind ever since. It really felt like that person was trying to set the terms for her own get-out-of-scandal-free card. Today, let me show you what she said — and why it’s worth remembering the next time we tangle with a controlling person who dun goofed. Controlling people can’t stop trying to control a conversation — especially when it comes to their own wrongdoing.

(Note: I’m sure I first saw Rachel Hollis display this behavior in a video she released. However, I can’t find the video again. Fortunately, I did find a reference to the behavior in question in another video about her. That said: without proof in hand, I’m not willing to directly state that it was Hollis I saw. I could be wrong; maybe it was someone else. Until I get that confirmation, I’m going to talk about the behavior itself in more general terms. It’s not like it’s that hard to find elsewhere!)

Forgiveness on the Individual and Group Level.

There exist a whole metric butt-ton of definitions for forgiveness, and even more than that about how one goes about seeking and granting it. Here’s just one example from Mayo Clinic. Harvard Business Review offers another writeup centering around group leaders.

In most of these definitions and process lists, forgiveness on the personal level seems to involve releasing one’s need for vengeance against the wrongdoer — for one’s own good, of course. On the group level, a leader’s request for forgiveness extends to the group’s reputation and products.

Some religions, like Christianity, focus like lasers on personal forgiveness. They have entire instruction sets for dealing with addressing wrongdoing and seeking and granting forgiveness.

Unfortunately, all these instructions accomplish is allowing bad-faith actors to wreck their entire group. In particular, Christians’ stated processes don’t translate well to the group level.

It’s simply too easy for bad-faith actors in any group to abuse any kind of set process for seeking and granting forgiveness. Those processes, like so much else in Christianity, absolutely depend on everyone involved acting only in good faith and with the best of intentions.

Bad-faith actors latch onto these set processes like they’re Dumbo and his lucky black feather. They consider these processes the ultimate get-out-of-trouble-free card.

Then, while brandishing their lucky black feathers, bad-faith actors blame everyone else around them for wrongdoing in turn for not adhering to the forgiveness process — especially the bits in it about allowing wrongdoers off the hook if they just follow the process that’s been set.

As Emily D. Baker says of disgraced influencer Rachel Hollis in a video from this past April:

Rachel Hollis doesn’t want to have a conversation. She wants to be like I’m gonna do better. Forgive me and forget. And you guys [Baker’s viewers] made the comment about Peter Mon saying “I’m sorry is like saying just forget everything that I did. Forget that I keep [messing] up.”

When I recently noticed a Christian woman talking just like that, it was like this cosmic gong getting rung in my mind.

Once you start noticing this behavior, you can’t un-see it.

I recently caught a very long video from the ethereally cool Savannah Marie about the ongoing meltdown of the multi-level marketing scheme (MLM) Paparazzi. (YAY! ‘Bout time!) In it, some ex-consultants/victims confronted a current high-ranking Paparazzi leader. Their big complaint centered on this “Elite’s” hypocrisy about wrongdoing.

And they’ve got a lot of reasons to complain. That Elite gal is a serious and total piece of Fundagelical Mean Girl work. She admits to at least one drunk-driving arrest — and weirdly, she frequently compares MLM-based wrongdoing to DUIs. As well, for a while she viciously attacked people online under an anonymous sockpuppet account called “Karma Chameleon.”

Naturally, this Elite utilizes lots of Christianese dogwhistles in her speech that are meant to cow her critics into silence — and forgiveness.

After her sockpuppet account got suspended, the Elite finally “openly admitted” that it’d been her all along (at 13:25 in the video). At 14:55, she decides the criticism leveled at her is some kind of divine comeuppance for her abusive sockpuppetry:

As far as she’s concerned, the Elite just uttered the magic words!

When the Audience Refuses to Play Along.

But the others in Savannah Marie’s video ain’t buyin’ the act. One replies to the Elite at 2:00:00:

We [meaning lower-level MLM reps] should never make mistakes because we need to be held accountable. But if you turn yourself [in] on your mistake, then it should be all forgiven if you realize your mistake. [Source, 2:00:00.]

If you realize your mistake. If you apologize and “openly admit” to it. Then, you’re home free forever. Wait, why am I not home free yet?

Boy, that Elite was not happy about that pushback, either. At 1:53:00, she throws a hissy fit and demands that two of those critics leave the chat. When she herself flounces out at about 2:15:00, she snidely chides the other women in the video chat for not being able to “unite and put an end to this so we could move forward.” It’s hilarious, like she’s the Designated Adult who is very disappointed in these naughty little children for not being all grown-up and mature like she is.

The reality is far different from what she’s painting here.

In truth, she’s categorically incapable of really owning up to her own wrongdoing and taking real accountability for her actions. When she got backed up against the wall, she flounced away rather than do any of that.

Those remaining marvel at the departed Elite’s sheer entitlement:

If you do something that’s cancel-able, and you’re like oops, maybe I just made a mistake, and you turn yourself in, then you are exempt from all of the Paparazzi rules that everybody else is expected to read and follow. Okay, I’m glad that we cleared that up.

Really, we should have guessed. Right?

We should especially be watching for this behavior during the wrongdoer’s own apology.

That’s what I saw in that one video that I wish I could find again. In the context of apologizing, an influencer got up on stage and began talking about her own apparent requirements for granting forgiveness. She told her audience that if someone comes to her admitting their mistake and owning up to it, then she forgives them. Ta-da!

Very clearly, she was ordering her audience to do the same for her.

She wanted to play-act admitting her wrongdoing and owning up to it, and then she fully expected her audience, in turn, to forgive her — meaning to forget and ignore everything she’d done, just like she herself claims she totally always does when the situation is reversed.

The preposterous spin-doctoring on display here absolutely floored me. It was like she was writing an instruction guide for her wronged audience — and modeling what she wanted them to do as a response to her not-pology.

I don’t know if that influencer got what she wanted that time. But I do know that whoever she is, she’s accidentally tipped me off to yet another way to spot bad-faith actors in groups.

Watch out for people who try to set up forgiveness requirements and response-modeling to get themselves out of trouble.

NEXT UP: Our annual Evangelical Relationship Horror Story! See you on Spooky Day!

Ending Thoughts: I’m slowly realizing that fundagelicals’ really messed-up misunderstandings about forgiveness have a lot to do with why misogynists and racists think that their tribal enemies want to see them grovel and apologize forever.

October 27, 2021
How Christian Authoritarians Excuse Their Leaders' Hypocrisy
Next Post 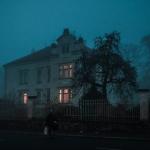 October 31, 2021 Dreaming the Impossible Dream of Marriage (An Evangelical Horror Story)
Recent Comments
0 | Leave a Comment
Browse Our Archives
get the latest from
Nonreligious
Sign up for our newsletter
POPULAR AT PATHEOS Nonreligious
1