Seeking the Trans People of the Past (LSP #217)

Hi and welcome back! I’ve had this topic on my mind for a while now. For many, many years trans people largely had to exist in a demimonde — that twilight world of female sex work that lurks just under normies’ understanding. With careful examination, though, the trans denizens of the demimonde can pop into focus. Today, Lord Snow Presides over the work being done to bring trans people of the past into present understanding — in this case, through studying molly houses.

Prelude: The Original Feast of Crows.

This story comes to use from Benvenuto Cellini’s autobiography (which you can find here at Gutenberg). It involves a very special dinner — and alas! Cellini had no date for it.

After many and many merry meetings, it seemed good to our worthy president that for the following Sunday we should repair to supper in his house, and that each one of us should be obliged to bring with him his crow (such was the nickname Michel Agnolo gave to women in the club), and that whoso did not bring one should be sconced by paying a supper to the whole company. [. . .]

Well, then, the hour was drawing nigh when we had to present ourselves before that company of men of genius, each with his own crow; and I was still unprovided; and yet I thought it would be stupid to fail of such a madcap bagatelle; but what particularly weighed upon my mind was that I did not choose to lend the light of my countenance in that illustrious sphere to some miserable plume-plucked scarecrow. All these considerations made me devise a pleasant trick, for the increase of merriment and the diffusion of mirth in our society.

Benvenuto Cellini was an incredibly talented artist. He partied and rubbed shoulders with all the biggest names of his culture. So it’s very hard to consider him a reliable narrator when he claims that he literally had nobody else to take to this party except his neighbor Diego disguised as a woman. If you’re wondering, Diego was apparently quite a hit that night.

Indeed, Benvenuto Cellini’s entire autobiography is full of these sorts of stories. However, he had to step very carefully around the laws of his day. Cross-dressing and same-sex relationships were completely illegal in his day, and they would be for centuries to come.

When Clothes Were Law.

But it wasn’t always like that. Let me take you back to the Renaissance world, where it was literally illegal for women to wear men’s clothes or men to dress as women — in short, cross-dressing.

Now, some goofy laws seem to get passed just because someone’s wringing their li’l handsies about that situation maybe happening one day. But most goofy laws get passed because that situation is actually happening, and normies (by which I mean members of that culture’s dominant group) don’t like it.

That’s what was happening with cross-dressing. Once you get a feel for what men and women had to wear, you’ll quickly realize that women did not exactly get the long end of the comfort stick there. Here’s a side-by-side of just 1420s Italy:

These dichotomous trends only got worse as the decades crept past, too. Men’s clothes were easy to wear and largely not terribly constrictive, while women’s clothes seemed designed to weigh them down and make it hard to move around. And the images above depict fashion in 1420s Italy, which was a lot warmer at the time than, say, England. That warmth meant that Italian women had it a lot easier than their English contemporaries did.

It’s no surprise at all to me that most Western countries passed laws around this time making it illegal for anyone to cross-dress.

Tracking Trans People When Being Trans Was Illegal.

And by the way, I’m just talking about cross-dressing up there. I’m not talking about people who lived as a different gender from the one they were assigned at birth — in other words, trans people.

It’s exceedingly hard to find a lot of information about trans people because it was flat illegal for a trans person to live true to their gender identity (which would have required them to cross-dress, in the eyes of the legal system of their time).

To learn about trans people, we have to read between the lines of history. Info about trans folks comes to us not from autobiographies or travelogues, but rather largely from legal cases from centuries past. And that info comes to us filtered through the worldview of authority figures who condemned transgender people entirely.

There’s some good research out nowadays about all of these topics:

To this, we can add the research being done by the East End Women’s Museum of London, England. They’ve been examining records from “molly houses” of 18th-century London.

They’re trying to find the trans people of our past.

Molly houses were basically coffeehouses that functioned as a base of operations for sex workers. A “molly” was a low-class sex worker — or a gay man.

Men could visit these places to socialize and find sex partners of any gender. They could also dress as they pleased and find partners who dressed as they themselves pleased. So it became fairly common at molly houses to find men and women alike cross-dressing and seeking same-sex partners.

However, as mentioned above same-sex relations and cross-dressing were completely off-limits and illegal. Being trans — which people then would have interpreted as someone living as the opposite sex — was so far off the radar it barely even registered as a valid human condition.

So we learn about trans people largely from legal records. Dozens of molly houses got raided and prosecuted in the 18th century, and from these records we’ve gained insight into how trans people lived at the time.

For example, one famous molly, Princess Seraphina, turns up in a court record from 1732. That year, she filed suit against a man for assaulting her and stealing her clothes. Seraphina had been born John Cooper, a butcher. However, she lived as a woman. Her friends and neighbors used female pronouns for her and considered her “indistinguishable” from a cis woman.

Seraphina lost her case. That said, she was not arrested for sodomy. That last bit represents a lucky break, really, because you know she had to be living under the fear of that accusation her whole life.

But Seraphina vanishes from the record after this. We don’t really know much else about her — because she doesn’t intersect with the law much afterward.

She wouldn’t have been able to write a memoir for popular consumption, nor make her life known in any other way. She was always at risk of prosecution, as were all the other people who lived their truth in similar ways.

Ferreting Out the Truth.

I’m really glad that researchers are paying more attention to trans history. LGBTQIA+ people of all kinds have always been with us. But only fairly recently have researchers been finding ways to discover them in history.

The more we find out about all the different kinds of people and relationships humanity can encompass, the harder it is for bigots to deny people their rights to live and love as they please. Indeed, their arguments against such rights largely center around how bizarre and weird they think their victims are and how they only began to exist in the modern day. Their arguments collapse if their victims aren’t at all like that.

(Not that bigots care. Bigotry remains irrational at its core. Bigots can’t really get talked out of bigotry. But gaining knowledge highlights that irrationality — which can shake some bigots free. To see that happening in real time, check out this 2017 paper: “Oh My God, I Sound Like a Horrible Person.”)

Today, Lord Snow Presides over the glorious explosion of knowledge we’re acquiring about previously marginalized queer people — and how that knowledge helps us all escape bigotry and authoritarian control.

NEXT UP: Poor Chris Pratt. He had a tough day! But no worries: he found a way to soothe himself. We’ll check out his method next time — see you then! 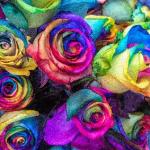 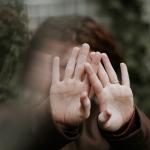