Hi and welcome back! I’m a big fan of using data to learn about our world and ourselves. So today’s story really caught my eye. It’s about a large-scale social survey called the Cooperative Election Study (CES). And this Harvard University-sponsored study might be able to provide us a bunch of new information about Americans — which includes our opinions and behavior around religion. One evangelical researcher, Ryan Burge, is super-psyched about the Cooperative Election Study. But I don’t think it’s going to do for his religion what he hopes it will. Today, let me show you why this new study won’t save Christianity.

(Please know: in a lot of ways, I respect Ryan Burge’s work. I just wish his religious opinions didn’t get in the way of his scholarship like they do.)

Lately, when I start to write about any Christian I check to see if their name has turned up in previous posts. And indeed, we’ve mentioned Ryan Burge a couple of times in the past. (Here and here.)

According to this bio of him on a Barna Group post he wrote (probably in early 2020), Ryan Burge works as an evangelical pastor in rural Illinois. His church, First Baptist Church ABC, is part of the American Baptist Churches USA (ABC) denomination, which contains about a thousand Southern Baptist Convention (SBC) churches that peeled away from the SBC during their big Conservative Resurgence in the 1980s and 1990s. He did a podcast episode about this split in 2014.

He also helps write for a blog called Religion in Public, which isn’t bad at all, writes books about Nones and evangelical churn, and seeks to understand his religion’s decline so he can make better predictions about it — and suggestions for reversing it.

Interestingly, Ryan Burge rarely stresses his pastor gig when he pops up on more secular sites (like Washington Post). Instead, on such places he leans super-hard on his scholarly credentials. In his bio for Religion in Public, he forgets to mention all the writing he does for evangelical sites.

Dude’s got a personal and vested interest in Christianity reversing its trend, but for some reason he doesn’t want non-evangelical readers to know that.

Now, Let’s Meet a Forerunner of the Cooperative Election Study.

When it comes to knowing how Americans behave, researchers have long relied on a particular huge long-term study. It’s called the General Social Survey (GSS). According to La Wiki, the University of Chicago started it in 1972.

Every two years, GSS researchers ask thousands of American adults all kinds of questions. These questions cover many topics. Then, these researchers compile the answers they get. Most importantly, then they release their data to the public.

Researchers can access GSS info for free. They use it to track changes over time in Americans’ opinions and behavior. So the GSS has become an absolutely invaluable resource. However, it suffers from a very important limitation:

Its researchers only ask a few thousand adults these questions every year it runs.

If you want to know about a very particular offbeat flavor of Christian, you might only have a few of that flavor in the database for that year’s survey. Or even none.

That limitation affects the quality of the understanding researchers can gain. It also impacts just how accurate their predictions can be in turn.

Around 2006, sociologists gained a new tool: the Cooperative Election Study, or CES. The word “election” indicates that it primarily functions as a way to gather information about American voters’ opinions. It is an online survey conducted on yougov.com (YouGov). More than 50,000 people take part in it. They answer questions about a range of topics related to politics — which unfortunately very much includes religion.

Here’s what Ryan Burge had to say about the CES recently on a post he wrote for Religion News:

Questions about the composition of small religious groups like Hindus or Buddhists were difficult to answer before the advent of large surveys like the CES. It was statistically impossible to trace the religiosity of just 18- to 22-year-old people in college before the introduction of these large-scale surveys. Trying to explore combinations, like people who make six figures a year but have only a high school diploma, was unrealistic when a sample only contained five people who fit those criteria. In the CES and other new instruments, those people number in the hundreds. [Source]

Burge perceives the CES as opening “a new golden age of survey data” for religion researchers. In that post, he writes about how sad he is that researchers can’t say much about Americans’ religious opinions in decades past. Then, he writes:

But I have a great sense of excitement when I consider how much better we will understand American society from this point forward. [. . .] The possibility of knowing more things with a greater sense of certainty should be a thrilling opportunity for all of us.

Makes one wonder why he took all this time to notice it.

A Brief History of the Cooperative Election Study.

Indeed, I found exactly three mentions of this all-important survey on Religion in Public. Two are from this past July, and one is from a week ago.

Ryan Burge is far from alone in having just noticed it. When I used an exact phrase search for “cooperative election study” on Google, I got an absolute explosion of 2021 articles involving it. But it was very difficult to find a lot of mentions in past years.

(I don’t think Burge is involved with any of these. I’m offering them only so you can get an idea of how sparse the info was.)

The earliest Ryan Burge mention I can find of this study is this January 2021 post in which he criticizes the Cooperative Election Study for counting fewer born-again experiences than the GSS turned up, and for using a definition for “evangelical” that he didn’t like.

Wait, didn’t this guy literally just claim a week or so ago that the CES is way superior to the GSS? More reliable? A way better picture of information about Americans’ religious opinions and practices? Why yes, yes he did.

So I can easily understand why Ryan Burge might have only recently begun to dig into the wealth of information presented by this study and why he didn’t use it for a source on his own Religion in Public posts.

Dancing Right Up to the Ledge, Then Skittering Away.

Solid information can only be good to have. If we can’t identify and describe something that’s happening, we’ll have very little chance of predicting outcomes from it or influencing it.

He’s one of those evangelicals who, frustratingly, skates very close to the ledge of comprehension about his tribe — before skittering completely away from it.

For example, this past March he wrote an interesting post about evangelical churn. He titled it, “As a pastor I pray my flock comes back. As a religion demographer I’m more realistic” (archive link).

But in 2019, he wrote a post for Barna Group about how “intentionality” would be “key when reaching young adults” (archive link). At the time, “intentional” was one of evangelicals’ favorite buzzwords. Occasionally, I still see them parrot it.

So overall, Ryan Burge understands that Christianity faces a serious decline. He especially understands that the old evangelical wisdom about young adults returning in their middle age no longer applies (if ever it did to any great extent). Once they’re gone these days, people usually stay gone. He gets that.

However, his suggestions for reversing Christianity’s decline tend to be the usual surreal ones about Jesus-ing harder that evangelicals always make.

He seems like he really wants to accurately understand his religion’s decline.

But he can’t actually accept why it’s happening. And so he can’t craft workable solutions for it.

But in that January 2021 post he wrote (relink), he specifically subtitled one major section of it “evangelicalism is not toxic.” He writes about his unhappiness that the term “evangelical” has shifted to mean a general political worldview as well as a religious one. Obviously, TRUE CHRISTIAN™ evangelicals are a totes different animal, he wants us to believe. And so therefore, The Big Problem Here was how the Cooperative Election Study allowed respondents to label themselves.

I’d beg to differ. A lot. Definitely, the people his tribe seeks to recruit think evangelicals are toxic. After all, toxic is as toxic does. And we sure do encounter a lot of toxic behavior out of evangelicals these days.

If Ryan Burge’s chief strategy is using doubletalk and shifted goalposts to convince Americans that oh no, totally we’re wrong, there are a bunch of True Scotsman evangelicals in that barrel of bad apples who are absolutely wunnerful pipple and it’s absolutely in our best interest to join them, then his flavor of Christianity truly is doomed.

And I look forward to seeing how the Cooperative Election Study tracks that doom: year after year, study after study, data release after data release, step by step as we find our freedom from this toxic tribe.

NEXT UP: Christianity’s strange nonstop parade of apocalypses through history. See you next time! <3 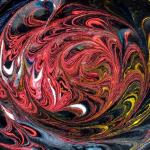 November 15, 2021
Before Evangelicals and Fundamentalists Fused Together (LSP #218)
Next Post 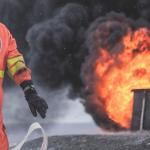