Pro-life science fiction: Seeing the unhuman in ourselves

Within four years of Roe v. Wade, at least two science fiction writers touched on pro-life themes, favorably and with some boldness.

“The Pre-Persons” by Philip K. Dick (d. 1981) is a chillingly blunt story, a direct rebuke of Roe v. Wade. The second, by Larry Niven, now 81, took the pro-life question on the oblique. “Assimilating Our Culture, That’s What They’re Doing” involves an icky-icky-ew-ew factor, upsetting for the squeamish, but it entails a profitable use for partial clones and a ton of money for the United Nations.

One of the things I like best about science fiction is how it unavoidably explores the human in the alien, as well as the alien in the human. The aliens are projections of us. So when we read stories about aliens we’re not really reading about aliens; we don’t personally know any, so we’re left to our imagination. What we read, then, is finally about ourselves. Writing here at Aleteia, I put it like this:

Without actually encountering [aliens], they inevitably become our own projection of us. We are always searching for hints of ourselves, of what human is, and we find “us” lodged somewhere within the Other.

As we project the Other we usually find in contrast our own best conception of humanity. But just as frequently we find something less than ourselves; something of us, in us, that is unhuman.

Two speculative stories from the immediate period after Roe v. Wade: The first wonders about the value of human life to an alien race, and the second asks about personhood connected to the alienation of human from human.

(1) Science fiction is filled with blood-thirsty aliens. But what if the fictional aliens arrived with an outstretched (whatever sort of) hand, friendly smiles, nice suits, lucrative trade offers and generous licensing agreements, promising royalties for the United Nations and high technologies for Earth? Think of an alien invasion Wall Street style.

This is the premise of Larry Niven’s short-short story “Assimilating Our Culture, That’s What They’re Doing,” published four years after Roe v. Wade.

What the aliens, known as Gligstith(click)optok (call them Gligs for short; Earthlings can never master the click), wanted in exchange for all the money and tech they could offer are DNA samples. Each of the Earth ambassadors reluctantly submitted to a cheek swab, then signed a release, and then went home rich. Simple.

“Assimilating” may be found in The Draco Tavern, a collection of short stories recounting earth-alien interactions at a Siberian bar and grill. Siberia is the location, a discouragement to casually gawking Earthling tourists and providing the aliens in their many forms a little privacy.

The Glig are a DNA-based species. It is the Glig offer for DNA, and their plans for using it, that the Earth emissaries found disturbing, if not morally repugnant. The Glig plan to clone human body parts; not a whole human, you understand, just the tasty bits. Incidentally, the Glig have huge grasping hands with elongated digits and very wide mouths filled with shark-like teeth. That’s what a human notices first, meeting a Glig.

Gligs wanted from Earth the same as from other DNA-based species. The Glig were epicureans, interstellar foodies; gourmands seeking exotic meals and trading their technological know-how for the experience. A cloned but headless human suckling roast might be good eats in certain Glig specialty restaurant.

The are a civilized and sensitive species, offering what they regard as a fair trade. They would grow just the human parts Glig restaurants might best like.

The Earth embassy members were shocked, disgusted, and they refused. But the Glig reasonably pointed out while smiling toothy smiles, one supposes, that if the Earth embassy did not sign there would doubtless be pirated DNA editions going around in Gligland. Did they really expect the UN and all of Earth to miss out on the royalties, the technology? They signed. One of the Earth ambassadors was so morally wounded by what he had been forced to do, he committed suicide on his return home.

Still, however well turned out the Glig were, they wanted the same thing as the creepy beasts in H.G. Wells’ War of the Worlds, human flesh and blood. The Glig regarded it as a sensual culinary experience. The desperate Martians Wells created saw humans as a necessary food source. The difference was commercialization. How much for a lean human butt roast? It is a bargain negotiated by Mephistopheles.

(2) Philip K. Dick died 1982, after a somewhat twisted life with five wives and three children out of that mix. His writing dealt mostly with the interior fragility of reality; what makes a person a person, and when and how will he or she know it? His notable works include Do Androids Dream of Electric Sheep (literary source for the film Blade Runner), and Minority Report, The Man in the High Castle (which has little real relationship to the TV series). Science-fiction, more than one critic as said, is divided between two eras, before Dick and after.

“The Pre-Persons,” a short story published in 1974, is his rebuke to Roe v. Wade. He envisions a United States where termination of children is legal any time until the age of 13. It is forbidden thereafter only if the child demonstrates evidence of havi 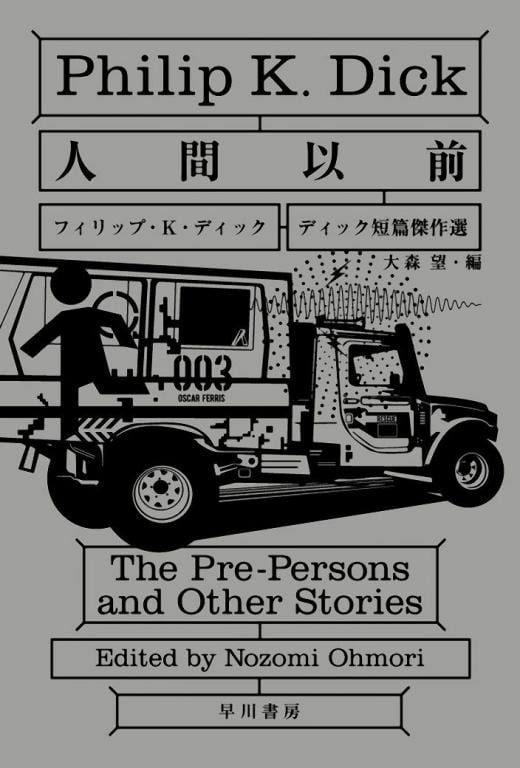 ng acquired a soul. No soul, no human person.

Evidence of having become ensouled, by act of Congress, is revealed by the child’s abilities to perform simple algebraic calculations, which manifests around the age of 12. Twelve is a fraught year. They have until age 13 to successfully solve for X. Abortion trucks prowl the streets looking for stray children; children without ID confirming both soul and algebraic skills are taken away.

The law has met with little protest, yet among those who do protest is a Stanford graduate whose son has been picked up. He has a wrench to throw. He shows up at an abortuary demanding his own death. He claims to have forgotten all his mathematics, claims he can no longer do algebra, and therefore claims to have lost his soul.

It is a preposterous story, of course. All of Dick’s stories are preposterous, until you read one. And then, if still not plausible they at least no longer seem altogether absurd. Age 12 as an abortion cut-off is no less preposterous than “any time during pregnancy.” Dick claimed “Pre-Persons” cost him some friends and earned him some enemies. That’s possible. But then paranoia, real or induced, also was one of his themes.

The moral revulsion of the fictional characters from the 1970s depicted by Dick and Niven seems today regretfully antiquarian to me. If these were cautionary tales, they have cautioned no one. What these futurists’ wrote about broadly hardly bothers anyone today.

We harvest body parts from unborn infants (something like veal, if you’re Glig) and sell them for murky research purposes at considerable markups. We traffic in the unborn. An aborted baby is a commercial twofer. The procedure itself pays off, and the residue, the little bits a human child generates, pay fair change as well. Deciding the unborn have no soul, or not so much of one as to matter, really isn’t all that different than the fictional elimination of 13-year-olds who can’t do algebra. That of course was Dick’s point, and the timing does not matter.

When the two stories appeared we weren’t very far down the abortion road; most of us had not become accustomed to it, not as yet. There was still some little room for outrage and regret and disgust. Now, just under a half century on, there is at least one public philosopher who supports infanticide, and in the Netherlands, children as young as 12 are subject to pediatric euthanasia.

This piece is slightly revised from a previous version originally published at Aleteia.

February 7, 2020 Let 'em find doomsday on their own
Recent Comments
0 | Leave a Comment
Browse Our Archives
get the latest from
The Vatican II Lutheran
Sign up for our newsletter
POPULAR AT PATHEOS Catholic
1