All nature is capable of revealing itself as cosmic sacrality. — Eliade

Scholarship on “the sacred” is about a century old now, with definitions ranging from academic to poetic. The psychologist Jonathan Haidt provides us with a cogent one:

“Evidence for [sacred] practices goes back tens of thousands of years; even Homo Neanderthalis may have treated some objects as sacred…. It is hard to deny that human behavior now includes a rather strong tendency to invest objects, people, places, days, colors, words, and shapes with extraordinary importance that is in no way justified by practical or utilitarian considerations. The psychology of sacredness may (or may not) have co-evolved with belief in gods, but it is now a very general aspect of human nature.”

For me, the sacred is a kind of stillness and quiet. Online Etymology gives us: “to make holy”; “to make sacred, consecrate; immortalize; set apart…” I like “set apart” as it hints at romantic love (see Helen Fisher), which seems to share features with the sacred. For example, what I deem sacred often feels magical, and elicits in me a care-response and focused attention. And also like romantic love, when I feel the sacred strongly, I feel it in my heart. I don’t think you need to feel it there (or necessarily feel love, for that matter), but it may be a factor in the experience, on what we might call a sacred-continuum. And pure, the sacred is pure. The less pure something is, the more profane it becomes. Jon Haidt (quoted above) has developed this in his Moral Foundations Theory, where he looks at 6 core foundations, one of which is Sanctity/Degradation. He and his MFT colleagues trace the sacred/profane dichotomy back to our ancestral roots, where this specific “behavioral immune system” likely evolved to benefit survival.

They write: “This foundation was shaped by the psychology of disgust and contamination. It underlies religious notions of striving to live in an elevated, less carnal, more noble way. It underlies the widespread idea that the body is a temple which can be desecrated by immoral activities and contaminants (an idea not unique to religious traditions).”

No wonder the sacred has aesthetic, moral, and/or emotional value to me — meaning. These domains also swirl around romantic love. But the sacred is involved with much more.

The evolutionary aesthetician, Ellen Dissanayake, writes about art much the way I think about the sacred. She, like Haidt, views art as an adaptation and human universal and refers to it as making special. The desire to make special, she claims, is a “biological need.” For her, making special [sacred] is about creating ritual, salience, pleasure, memory, and the extra-ordinary — “perhaps for the purpose of influencing the outcome of important events that were perceived as uncertain and troubling. . . . To make something special is to make use of or intentionally to draw attention to its empathic properties, to engage and to accentuate its emotion-rich associations.”
For you, the sacred may be quite different. Or perhaps you haven’t allowed access to this part of yourself and none of this is resonating and you’re just about to stop reading. This is on the Patheos Atheist channel, for god’s sake, maybe you’re saying to yourself. But I’ve written this for you. As well as for those who know what I’m talking about but want more — want to cultivate more sacred moments. Asking oneself: “What and where is sacred to me?”; and “Who/what relationship is sacred to me?” is something we should probably all do from time to time (to reorient, refocus, remind), and because if Haidt is right, and the perception of the sacred is a human universal, then fulfilling our real, human need to “set things apart” and make sacred is likely to lead to positive mental health outcomes. Indeed, evidence shows that it does. Gods are not necessary.

“One can see [the sacred] as the name we give to the affirmation of a depth dimension that can be found in all things. . . . As we show loving care and concern for existence, and as we participate fully in life, we proclaim the sacred even if we are not aware of it.” — Peter Rollins

To participate fully in the human project, then, we must carve out a space for the sacred in our lives. Nature, for me, is sacred. And certain places outside are particularly so, for various reasons, some due to the sheer beauty of a place, while others have psychological, positive valence, by dint of their association; for example, the nearby little wooden footbridge that overlooks a small creek — the one I first went to 30 years ago to cry about the death of someone very close.

That place is now sacred to me. It would pain me if anything (a change, “desecration”) were to happen to that spot. And I can’t help but think there is something primal in the intensity of its sacredness to me because it’s related to ontological and existential issues — in this case, death. The sacred feeling I have there is very different than the one I have about my window seat — where I meditate. Still, that part of my house is sacred. Aesthetically, it is simple and full of light and flora (inside and out). And I’ve created rituals and habits there. Indeed, you could say that my meditation is a “practice of the sacred.” I also feel the sacred when I’m gathered with like-minded and like-feeling people to sing, and feel it when I’m with a lover, often. I feel it when I gaze at the mountains in the distance — and some art and poetry is sacred, or evokes some of those feelings for me.

Where can we experience the sacred?

While not an exhaustive list, these are some of the spheres where a sacred naturalist can discover the sacred:

We can find the sacred just about anywhere, with just about any thing — material or immaterial. One of these spheres I’d like to focus on is human relationships and how to cultivate or enhance them. Historically, it is religions which ritualize, sanctify, and make holy and sacred, romantic unions; but the sacredness of human relationship likely predates religions and goes beyond romantic partners and beyond religion. Again, gods are not necessary.

The sacred is still, quiet, respectful, trusting, beautiful; the profane fills the space with the ordinary — with careless words, deeds, and scenes.

The quiet outside a sacred relationship
Have you ever known someone (a friend, a coworker, a family member) who, for example, derogated a romantic partner? Or, perhaps more subtly, said things about a relationship you held dear that somehow took something away from it? Because the sacred is part of our magical-thinking system and likely related to cognitive algorithms/modules for purity (recall Haidt’s work on Sanctity/Degradation), it can feel as if that person is actually sullying/defiling the sacredness of that dear relationship — and in some ways that person has actually taken something away from its purity. There’s that saying: I can’t unhear that.
The philosopher Paul Ricouer characterized this phenomenologically as “defilement.” He explains it as “something that infects as a sort of filth, that harms the invisible properties, and that nevertheless works in the manner of a force in the field of our undividedly psychic and corporeal existence.” From our deep caring and respect of the beloved (and the sacredness of our feelings and the relationship), we learn to protect ourselves from the profane. We are quiet. It is in the quiet space that we find the sacred, too.

The quiet inside a sacred relationship
A liberated, feminist, post-postmodern piece of advice given to people (and most often women) is that they should let their partners know what they need. The meme is: people don’t know what you need, they’re not in your head, so you have to tell them. It’s sage and smart advice; verbal communication is often key to good relationships. Yet, how might the woman (or man) who, at times, stays quiet benefit? By not supplying a partner with direct information regarding her wants, needs, desires, she is both trusting and “testing” her partner’s theory of mind, empathy, and sensitivity to her.

If all of my needs could be met by simply communicating them to a romantic partner, would I be satisfied? Not likely. There is something intrinsically good, pleasurable, and beautiful when someone gets me, is sensitive to me, fits. This brings us back to Haidt’s conception. “Sacredness refers to the human tendency to invest people, places, times, and ideas with an importance far beyond the utility they possess.”

We know that self-disclosure leads to closeness and intimacy. But it is a balance. Sometimes we can saturate a sacred romantic bond with too much “truth” and not enough quiet that the relationship loses its sacredness. In our attempt at ever more closeness, ever more intimacy, ever more love, we can sometimes lose the magic, the mystery, the sacred, and in so doing lose that very thing we wanted more of.

Taves, A. (2013). “Building Blocks of sacralities: A New Basis for Comparison across Cultures and Religions” In R.F. Paloutzian & C.L. Park (Eds.) Handbook of the psychology of religion and spirituality. New York and London: The Guilford Press

Thanks to Victoria Coleman, John A. Johnson, Geoffrey Miller, and Michael Price for thought-provoking, helpful comments on. And to Dale McGowan for getting me started with this! And gratitude for the sacred relationships in my life… 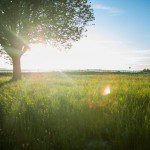 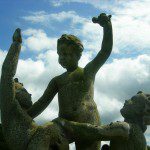 October 1, 2015 Sacred Spaces for Secular Communities: A Brief Introduction
Browse Our Archives
get the latest from
Nonreligious
Sign up for our newsletter
POPULAR AT PATHEOS Nonreligious
1