Concepts of modernity and progress have long served as markers of differentiation in human history. We often consider the past as primitive and inferior to our current state of civilization, resulting in inattentional blindness to the failings of our most recent institutions. Anxieties about this tendency were particularly prevalent in the early 19th century, as exemplified by authors such as Yevgeny Zamyatin. His science fiction novel We was first published in Russia in 1924 and embodies the fear of rapid and unchecked “progress.” The story takes place in a surveillance state that controls everything, ranging from when one goes to sleep to who one can have sex with. This society also exists after much of mankind has destroyed itself. They remain barricaded inside, never allowed to venture beyond the “Green Wall” that separates humans from the rest of the world. It is a society entirely devoid of opportunities to connect with nature or experience kinship with nonhuman animals. The main character frequently comments on his hands, expressing such dislike for their hairy “ape-like” appearance and considering them to be an atavism. He detests his hands for their resemblance to the inferior past rather than for any cosmetic preference. A society that is obsessed with mechanizing human function has no place for natural characteristics that are not optimized for modern work (Zamyatin, 2006).

In explaining the perceived valor of the current surveillance model that champions logic above all, the protagonist says “…it is clear that the entire history of mankind, insofar as we know it, is the history of transition from nomadic to increasingly settled forms of existence. And does it not follow that the most settled form (ours) is at the same time the most perfect (ours)?” (Zamyatin, 2006). The past is clearly understood as inferior, something to generate perspective about the success of the modern. Over the course of the novel the lead character develops a sense of unease and emptiness. He longs for something more, but he cannot determine what until he finally ventures beyond the forbidden Green Wall with the aid of a friend. His blindness to the flaws of his society is lifted as he meets a group of people who have survived outside, living in harmony with nature. His language changes from the cold, scientific record of before, becoming rich with description and metaphors of nature. Colors, buildings, and even emotions are all associated with things he saw outside. He develops a strong connection to the area beyond the Green Wall, allowing him to experience the importance of place for the first time. However this understanding brings him great pain as he now suffers from an immense longing for his ancestral home. This longing turns to dread as an announcement is made that the powers-that-be have developed a surgery to destroy human imagination, allegedly curing the final flaw that makes us less productive than robots. In the end he does not escape this fate and becomes thoroughly robotic (Zamyatin, 2006), mirroring the feelings of hopelessness surrounding the modernization occurring in the 1920’s. Hesitancy about mechanization is not a new concept yet we still struggle to address it or, better yet, to enact solutions. The desire to root ourselves in a non-industrialized place is strong. We must not surrender ourselves the hopeless vision of the future that concludes We.

The importance of place as a means of connection has become apparent in our modern struggle to develop a relationship with nature. We become very attached to areas that we consider home and can be very defensive about changes to these places. Glenn Albrecht describes solastalgia as “the homesickness you have when you are still at home” (Albrecht, 2012). He came up with this term in 2003 to describe the distress he experienced as the place he considered home was harmed. Coal mining and climate change completely transformed the area and Albrecht felt a deep sense of longing for what it used to be. He writes: “one of the reasons for international interest in the concept of solastalgia is that we are in the middle of a pandemic of Earth-related distress that will only get worse. Everything that was once familiar and trusted in our environment will be experienced as the ‘new abnormal’ as development and climate pressures continue to build” (Albrecht, 2012). Many have been sensitive to these psychoterratic changes and have been unable to verbalize these feelings due to a lack of terminology and recognition. Not only might our individual homes be threatened or already injured by pollution, desecration of the landscape, and a high demand for new construction, but we also suffer homesickness for our entire planet. Our most inclusive home that is shared among all humans is being destroyed and we feel powerless to stop it.

Many individuals endure a great deal of cognitive dissonance as they try to simultaneously embrace ideals of “progress” and technology while still experiencing an intense sadness for the destruction of plant and animal life that we have mechanized. Continuing in this way without understanding and adapting to our feelings of solastalgia will not simply resolve itself. How can we continue building concrete grids and destroying environments when we inherently make connections to place and want to preserve environments? We must create new metaphors for progress that do not so heavily rely on gleaming steel and rivers of concrete. The future need not come at the expense of non-human life. 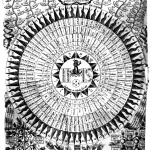 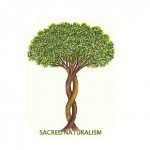 January 29, 2016 in memes begins responsibility | A Call to Unify the Nonreligious
Browse Our Archives
get the latest from
Nonreligious
Sign up for our newsletter
POPULAR AT PATHEOS Nonreligious
1 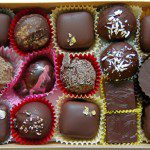 Election Fraud!
We have had to listen to too many people spread too many...
view all Nonreligious blogs
Copyright 2008-2021, Patheos. All rights reserved.
error: Content is protected !!