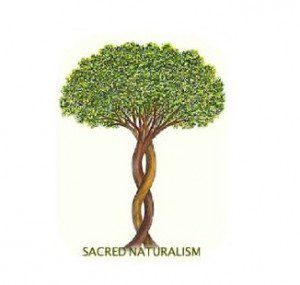 2. To support the cultivation and flourishing of what we’re currently calling sacred sites | sacred spaces, which will give a home to those who yearn for sacred and secular communion.

The psychologist Jonathan Haidt tells us that the perception of the sacred is a human universal. He writes “Regardless of their differences, all religions have places (temples, shrines, holy trees), times (holy days, sunrise, solstices), and activities (prayer, special dancing) that allow for contact or communication with something otherworldly and pure.” As well, anything we deem sacred is defined as that which is entitled to veneration and respect.

Philosopher Peter Rollins says that “One can see [the sacred] as the name we give to the affirmation of a depth dimension that can be found in all things…. As we show loving care and concern for existence, and as we participate fully in life, we proclaim the sacred even if we are not aware of it.”

And medical doctor Rachel Naomi Remen, M.D. explains: “The recovery of the sacred is not an academic nor even a scholarly pursuit. The sacred is an experience. It is also a universal human capacity, and a human need….It is a way of seeing that is deeply inclusive. Every one of us has the capacity to experience, participate, and manifest the sacred. Recovering the sacred is remembering something we’ve forgotten, something we may have hidden from ourselves. It is about uncovering and discovering the innate wholeness in ourselves and in the world.”

‘Naturalism’ is a philosophical term that “asserts that natural laws are the rules that govern the structure and behavior of the natural universe, that the changing universe at every stage is a product of these laws.” We also are keenly aware that ‘naturalism’ and ‘naturalist’ often bring to mind ‘nature’ – an association that we are glad for.

In its literal sense, then, Sacred Naturalism is a special respect and care for the scientific approach to understanding the natural world, and to the natural world generally. But Sacred Naturalism is much more than this. Sacred Naturalism honors and serves that part of human nature that seeks transcendence and longs for sacred community and ritual. It answers the real human need to feel a part of something greater than the self and the longing some feel for a connection (oneness) with community/nature/the cosmos. Reverence and awe of the natural world is enough for sacred naturalists who do not believe in a traditional, anthropomorphic god, but nonetheless view science and mystery as both valuable and compatible.

Contemplative practices, rituals, ceremonies, and other activities in the world that bring people into a closer relationship with the natural environment and other beings necessarily engenders deep caring. Indeed, many sacred naturalists share a desire to protect and nurture ecological wisdom, the rights of nature, a sustainable future, as well as human flourishing, well being, and the sublime life. 82% of American atheists say they often or sometimes “feel a deep connection with nature and the earth.” The widely-held feelings about nature and the earth could be an important unifying force that helps, for example, atheists and people with religious beliefs overcome biases and intolerance.

Because Sacred Naturalism hopes to unify all these seemingly disparate people, it is important to stress the common perspective shared by all sacred naturalists, while recognizing that sacred naturalists are epistemically diverse. For example, some might identify as atheists, but feel (or wish to feel) a connection with nature and the cosmos. Such a sacred naturalist may, for example, feel dissatisfied with traditional accounts of an immaterial soul and welcome scholarship that suggests we evolved to feel this way. As well, such individuals may feel uncomfortable with the words ‘spiritual’ or ‘religious’ (see Spiritual Naturalism and Religious Naturalism – groups we hope to work with), but find a home in the ‘sacred’ – seeing the importance of sacredness in one’s life. While ‘sacred’ may have (for some) religious associations and connotations, we think it arouses fewer prejudices while also being more precise and embracing – and with Haidt’s scholarship, it’s even becoming scientific.

On the other end of the sacred naturalism spectrum are those who might some may feel deeply spiritual and identify as agnostic, or even feel comfortable calling an organizing principle of the universe ‘god.’ Such folks may feel completely satisfied with the mystery of existence, death, consciousness, and other ontological and existential questions, without science-based accounts. We hope to encourage open dialogues and mutual valuing between such sacred naturalists.

Many have asked us if those who do believe in an anthropomorphic god would be welcome at a sacred space and within our organization: the answer is: yes! Unlike many New Atheists, sacred naturalists don’t look down on those whose belief systems are based on an anthropomorphic god, as long as their actions in the world are beneficent and/or not harmful. This is a distinguishing feature of sacred naturalists; we believe that through compassion and tolerance we all have much to learn from one another. It is difficult to force the idea that the cosmos is nearly 14 billion years old onto someone with deep faith that it is less than 6,000 years old. But we believe that through genuine tolerance, empathy, care, and dialogue, that the important scientific discoveries of this century regarding the nature of existence can be accepted. While this isn’t the major goal of Sacred Naturalism, we do see this as one possible outcome from the Sacred Naturalism movement.

Ultimately, we hope to see the birth of what we’re currently calling sacred spaces | sacred sites. These sacred spaces might provide: ritual; music and/or dance; science-based education (Big History, evolutionary theory, ecology, permaculture, etc.); poetry and/or spiritual teachings; community; prosocial work that extends beyond community; a place that fosters empathy, compassion, and virtuous actions; art. Already all over the U.S. there are people attempting to do some of what we envision, whether it is in a chapel of Unitarian Universalists; an Arts and Culture center where people meet every Sunday for sacred chanting, music, and spiritual teachings; a yoga/meditation studio with many offerings; or even something like Alex Grey’s Chapel of Sacred Mirrors.

Very recently, a lawsuit was filed by American Atheists against the 9/11 Memorial Foundation for displaying a cross at the museum at ground zero. The foundation identified the cross as a “symbol of spiritual comfort for the thousands of recovery workers who toiled at ground zero,” as well as an “authentic physical reminder” that “tell[s] the story of 9/11 in a way nothing else can.” The American Atheists “requested to display their own memorial next to the steel-shaped cross, possibly in the form of an atom or an American flag, to represent the ‘500 non-religious Americans’ who were ‘among the victims of the 9/11 attack.’ The response, they claim, was ‘dead space.’”  [1. http://abcnews.go.com/US/atheists-sue-cross-world-trade-center-museum/story?id=14169830]

Secularists lack a unifying, powerful, and meaningful symbol that represents them in such moments (and at other times); the development of a beautiful and representative symbol that identifies Sacred Naturalism is essential. While the logo we have now on our website is lovely, it is not strong and iconic enough. With time, we hope to develop a symbol that is as powerful as Christianity’s cross, Judaism’s star of David, and Islam’s star and crescent.

Half a century ago, the philosopher, Richard Robinson wrote: “When the Titanic went down, people sang ‘nearer, my God, to thee’. When the Gloucester were in prison in North Korea they strengthened themselves with religious ceremonies. At present we know no other way to strengthen ourselves in our most testing and tragic times….That is why it is urgent for us to create new ceremonies… It is not enough to formulate honest and high ideals. We must also create the ceremonies and the atmosphere that will hold them before us at all times. I have no conception how to do this; but I believe it will be done if we try.” [2.  Richard Robinson, An Atheist’s Values (London: Oxford University Press, 1964), 115]

This urgent need for ritual, honest symbols, and sacred communion is as compelling today as it was 50 years ago.