God loves Mark Driscoll (and everyone else)

God loves Mark Driscoll (and everyone else) October 10, 2011 Sarah Moon

God is love. God doesn’t hate anyone. God poured his wrath on on Himself, because He loved us too make us drink that cup. Mark Driscoll needs to be reminded of that.

But, you know what?

Sometimes I get this idea in my head that God hates all the same people I hate.

I won’t lie– Mark Driscoll isn’t my favorite person in the world. For one, he glorifies a part of me that I hate– the violent, angry part of me that I’ve been trying to put to death for years. For another, he puts down others and mocks them (another part of me that I hate, actually). Thirdly, the guy loves him some gender roles, and as a feminist, I just can’t stand some of the things he says about women and men. Finally, we have the same jacket– he’s totally cramping my style: 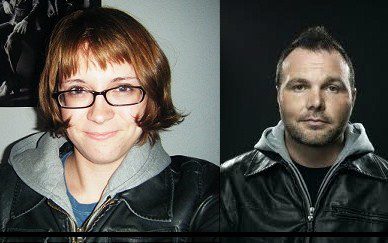 Mark Driscoll  and I would disagree on a lot of things (well, besides fashion, obviously).

But God doesn’t hate him.

God loves Mark Driscoll as much as God loves me.

And because, as a Christian, my job is to be Christ to the world, I need to do everything I can to love Mark Driscoll as much as God does.

But as hard as it is, I need to love. Both the oppressed and the oppressor need to be loved into freedom.

Do you folks ever forget that God loves everyone? Who are the hardest people for you to love?

October 13, 2011 The subtle signs of relationship abuse
Recent Comments
58 Comments | Leave a Comment
Browse Our Archives
get the latest from
New Visions
Sign up for our newsletter
POPULAR AT PATHEOS New Visions
1