I used to be in an abusive relationship.

Once, I broke up with him, and he threatened to kill me for it.

Change my mind and stay with him, or he would crash the car into a telephone pole.

I forced him to take me home that day by threatening him with a crowbar I found on the floor of his car. But there were more threats. And eventually I gave in.

I chose to stay with him, and the threats stopped.

Because he “loved me.”

And as long as I loved him back, he would never hurt me.

No one can stand here and tell me that my ex-boyfriend gave me free will that day. No one will ever convince me that I had a real choice in this situation. My options were stay with a cruel, vengeful man, or die.

No one can convince me that this was love.

In fact, I don’t think any of you would even try.

We recognize this kind of behavior in humans as cruel and hateful. We’d tell our sisters, our daughters, our friends to run from men (or women) like this.

But what if God acts like an abusive boyfriend?

We call that free will.

What if God uses violence to punish those God loves when those people do not love God back?

We say, “God’s ways are higher than our ways.”

Yet we still say God is love.

But this God that the Evangelical church taught us to believe in, if this God came to earth as a human, he would have been my abusive ex-boyfriend.

But I don’t believe in that God anymore.

I believe in a different God.

My God did come to earth as a human. But that human didn’t look at all like my abusive ex-boyfriend.

That human was Jesus.

And Jesus loved. Real love–not this controlling, abusive, hate that we’re so used to assigning to God. Real love.

Believe in the vengeful Evangelical God if you want. Tell me I’m wrong in the comments section. I know some of you will.

April 5, 2012
Why I'm not signing a petition against Mark Driscoll
Next Post

April 16, 2012 Relevant Magazine, Hugo Schwyzer, and a thing called grace
Recent Comments
30 Comments | Leave a Comment
"This, this right here. 👍👍👍"
Lir Talan 12 Reasons Why You Can Totally ..."
"I agree with you totally..I walked away from main stream Christianity and my calling due ..."
Bill Luginbill Telling My Own Story: A Perspective ..."
"Right there with you. The 'stop crying or I'll give you something to cry about ..."
Stacey Swanson Privilege, oppression, and being “nice”
"Sarah Moon writes as if she believes that complementarians have pulled this view out of ..."
Eli Taft Complementarians are trying to scam us.
Browse Our Archives
Related posts from Sarah Over the Moon

New Visions
Not Your Average Easter Story: A Review of...
Sarah Over the Moon

New Visions
Is the Bible the Word of God? Or...
Sarah Over the Moon
TRENDING AT PATHEOS New Visions 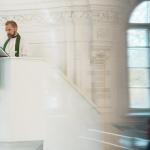