“You Are Not Your Own:” Only Selfish Wives Say No

This post is part of a series called“You Are Not Your Own,” focusing on rape and sexual assault in Christian relationship/dating books

Note 1: Some of you have noticed that I always link adorable bunnies to Mark Driscoll’s name in my blogs. Thought I would remind people that credit for that idea goes to this tumblr conversation! Enjoy the bunnies!

Moving right along on my series on rape and sexual assault in Christian dating books. Regular readers, you’ll remember that I came across four significant findings in these books:

3. The Illusion of Consent

Last week, I talked about how  the “freedom of choice” presented in these books was an illusion to mask the fact that these books actually only give women the freedom to choose from one option.

Though these books talked of choices and of empowerment, we saw how the language of choice was a fraud for women who were not married. The only choice that the books really gave unmarried women was the choice to say no to sex.

Surely even these books give married women the option to choose whether or not to have sex, though, right?

Only Selfish Wives Say No.

Again, the lack of consent in these books isn’t outrightly stated. It’s subtle and mixed in with language that gives the illusion that a full range of options is available to people. The book Real Marriage shocked me by including (what? no way!) some relatively healthy discussion of the issue of marital rape. The Driscolls condemn marital rape strongly (pg. 202), state that any intercourse forced on someone without consent is rape (pg. 121), and tell husbands that they should never coerce their wives into having sex (pg. 163).

There’s a catch, though.

Husbands, maybe you can’t coerce your wives into sex, but Mark Driscoll, Cage Fighting Jesus, and the Bible sure can! Women can say no to marital sex, sure. You can. But according to Real Marriage, that doesn’t mean you should or that it’s really okay for you to do so.

In one chapter, Mark Driscoll  tells the story of a heterosexual married couple he met who did not have intercourse because the woman did not enjoy it because of anxiety and found it too painful. Instead, the woman would give her husband what Driscoll calls a “helping hand.”

Voldemark’s response to this woman’s admission that intercourse was anxiety-inducing and stressful for her, so she participated in other forms of sexual activity instead?

In fact, Real Marriage has an entire chapter that details the difference between “Selfish Lovers and Servant Lovers.” (pg. 156) Though some of this chapter is about loving and caring for your spouse, most of it is just about sex. And how you should always be having it whether you want to or not.

Grace Driscoll tells a heartbreaking story of how she was sexually assaulted when she was younger, and her fear of sex that came with that, stating that she still

“needed to obey God and be sensitive to my husband’s physical needs.” (pg. 164)

The book equates not-having-sex-with-your-husband, even while healing from trauma, with disobeying God. To say no to your husband is to be selfish and sinful.

In fact, the book lists “Ways We Are Selfish Lovers.” One of these ways is to “Only have sex when we both feel like it at the same time:”

Servant lovers are willing to serve their spouses even when they are not in the mood, and know that on another occasion their servant lovers will do the same for them. (pg. 165)

The Driscolls make it clear that “a spouse who is evil, distant, cruel, unloving, or abusive should not use this information to demand more sex from his wife without first dealing with his sin.” But they hardly promote an ethic of consent here. Even that sentence implies that a spouse who is kind and benevolent, and who has dealt with his own sin has a right to coerce his wife into more sex.

Regardless, Real Marriage definitely uses coercive measures to talk women into having sex with their husbands. There is no real room for consent here. The options are have sex (and have the kind of sex your husband wants…your “helping hand” isn’t good enough!) or be a selfish sinner who’s not right with God.

When marital sex is talked about in this way, the fourth significant finding–that these books blur the lines between consensual sex and rape–is not surprising. We’ll talk more on that next time.

September 11, 2013 Who wants to create some queer theology?
Recent Comments
18 Comments | Leave a Comment
"This, this right here. 👍👍👍"
Lir Talan 12 Reasons Why You Can Totally ..."
"I agree with you totally..I walked away from main stream Christianity and my calling due ..."
Bill Luginbill Telling My Own Story: A Perspective ..."
"Right there with you. The 'stop crying or I'll give you something to cry about ..."
Stacey Swanson Privilege, oppression, and being “nice”
"Sarah Moon writes as if she believes that complementarians have pulled this view out of ..."
Eli Taft Complementarians are trying to scam us.
Browse Our Archives
Related posts from Sarah Over the Moon 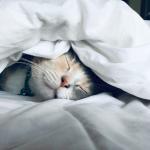 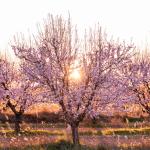 Faith
Faith is an act of ultimate concern. —Paul Tillich By faith, I...
view all New Visions blogs
What Are Your Thoughts?leave a comment
Copyright 2008-2021, Patheos. All rights reserved.
Close Ad